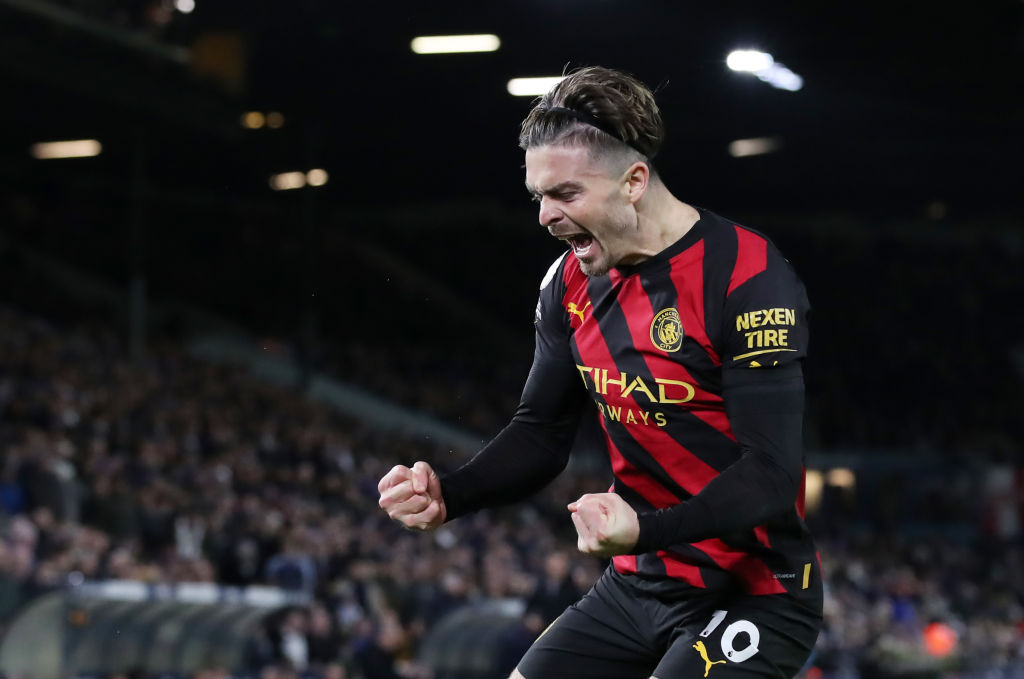 Pep Guardiola has defended Jack Grealish’s form and says the playmaker ‘doesn’t need goals’ to succeed at the club.

The England international came under fire following City’s 3-1 win at leeds United for passing up a number of opportunities in front of goal.

Grealish managed just six goals in 39 appearances in all competitions during his debut season at City following a £100m move from Aston Villa.

The midfielder has just one goal to his name so far this term and his influence on the side is not what it was when he captained Villa.

But, despite criticism, Grealish did provide two assists in the win against Leeds and he remains under favour with Guardiola.

And the Spaniard says Grealish does not need to find the back of the net to convince him of his merit of staying in the team.

‘Since day one, we’ve been delighted with Jack. I know the role he had at Aston Villa, it was completely different.

‘Maybe he has to adapt to our environment, but since day one, he’s set out perfectly

‘Of course we want to score goals – he’s the first [to say that].

‘But he always plays to a good level. When the ball arrives to him, rarely he will lose the ball. And that’s what we want.’

City take on Everton in their final fixture of 2022, with the Toffees visiting the Etihad on Saturday.

Guardiola’s side trail leaders Arsenal by five points, having played the same number of matches.