‘I can’t wait to add the sixth star!’: Brazil icon Pele tips the South American nation to win the World Cup for the first time in 20 years… as he gives his ‘vote of confidence’ to the team to handle the pressure of being tournament favourites

Brazil great Pele has backed the team to live up to their billing as World Cup favourites and capture a record-extending sixth title in Qatar, saying he has full confidence in the 26-man squad selected by head coach Tite.

Brazil’s squad was announced on Monday, and includes PSG star Neymar, plus a host of Premier League talent such as Arsenal duo Gabriel Jesus and Gabriel Martinelli, plus Manchester United pair Casemiro and Fred.

Sharing his thoughts on Instagram alongside a picture of himself wearing a Brazil jersey from his playing days, the 82-year-old, who led the team to the title in 1958, 1962 and 1970, said he hoped to see another star above their crest. 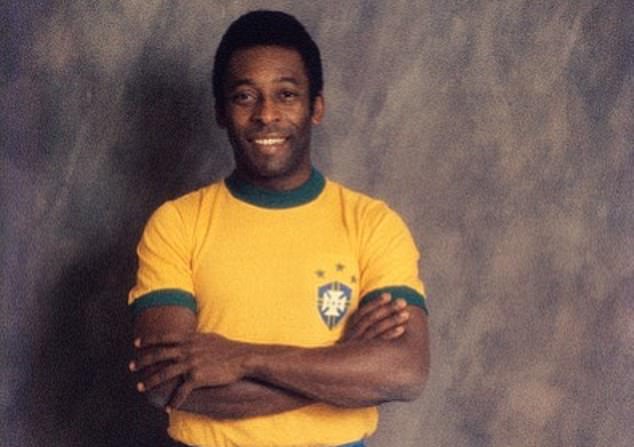 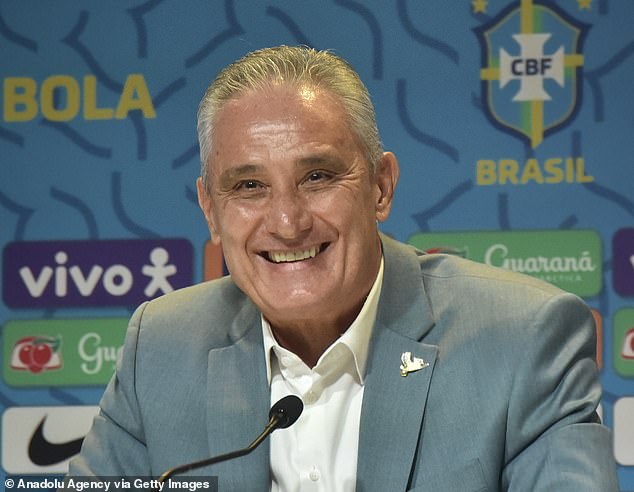 ‘The last time I wore the shirt of the Brazilian team we inaugurated the three stars above the crest,’ Pele, the only player to have won three World Cups, captioned the picture. ‘Now we have five. I can’t wait to add the sixth star.’

Pele, who has suffered health issues in recent years but has remained active on social media, said he was confident the team would make the nation proud.

‘I’m here to give my vote of confidence to this team and wish good luck to our national team,’ he said.

Brazil have not won the World Cup since 2002 when they beat Germany 2-0 in the final in Japan. 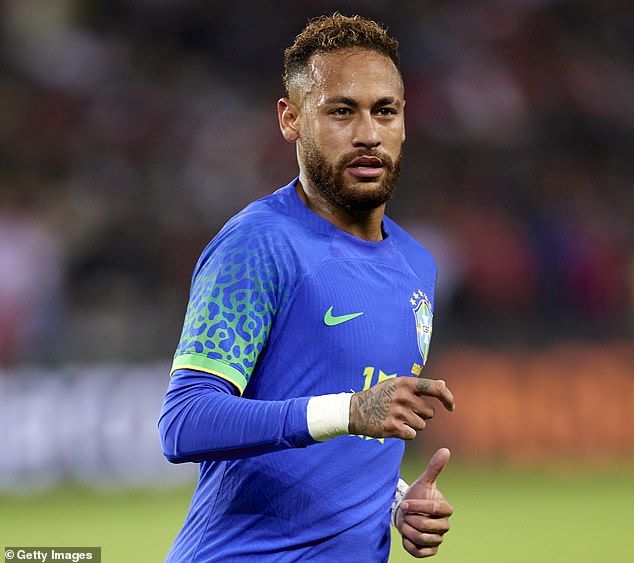 Since then, they have made the semi-finals just once, but they suffered a humiliating 7-1 defeat against Germany in the last four in front of their home fans at the Maracana Stadium in 2014.

However, their position at the top of the world rankings and their superb unbeaten run in qualifying have made them the bookmakers’ favourites to win the title in Qatar.

Brazil will start their campaign against Serbia on November 24. They also face Switzerland and Cameroon in Group G.