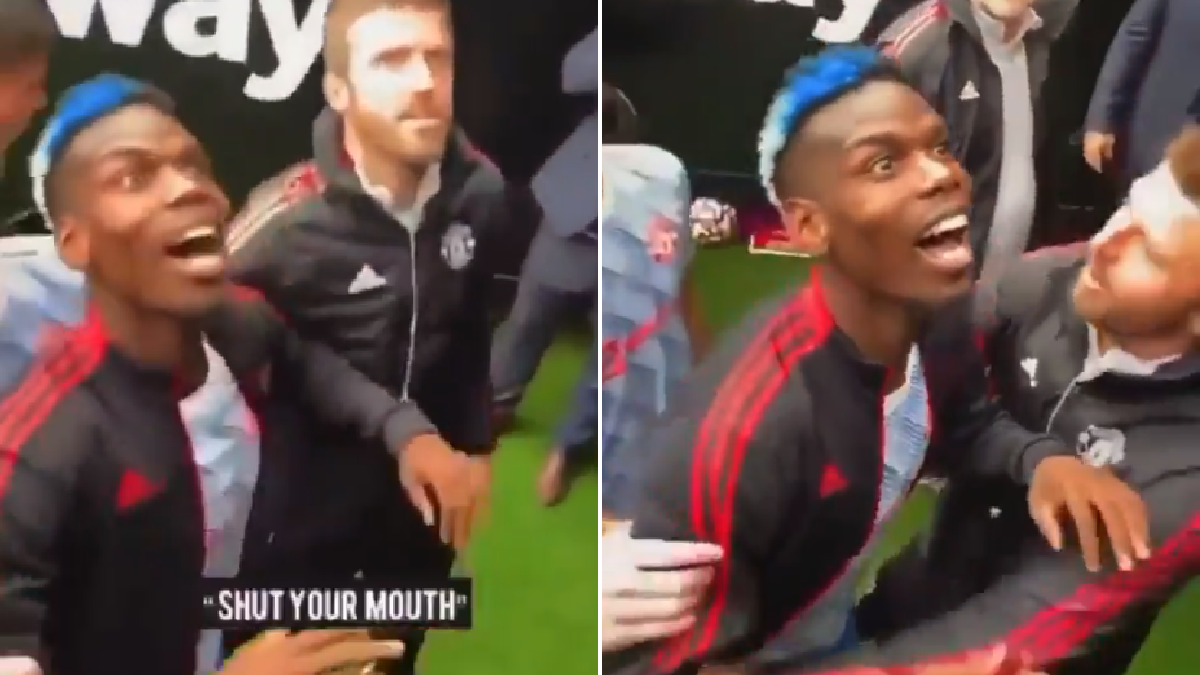 Paul Pogba was involved in a foul-mouthed confrontation with West Ham fans following Manchester United’s win at the London Stadium on Sunday and had to be dragged away by Michael Carrick.

The Red Devils came from a goal down to win 2-1 against the Hammers, with Jesse Lingard – who spent the second half of last season on loan in east London – netting an 89th-minute winner before Mark Noble missed a stoppage-time penalty.

United’s players celebrated wildly at full-time after securing all three points and as Pogba and some of his teammates made their way down the tunnel afterwards they were targeted by abuse.

The 28-year-old held his arms out and appeared to be revelling in the win right in from of the home fans, receiving a tirade as he went to leave the pitch and was repeatedly told to ‘shut his f***ing mouth’.

A clip on social media shows Pogba being screamed and shouted at, but the Frenchman keeps his cool and doesn’t utter a word, keeping his mouth wide open as the West Ham fans tell him to ‘shut it’.

Things did threaten to get a little out of control, though, and coach Carrick – who came through the West Ham academy – stepped in and pulled Pogba away, ushering him to the changing room.

Pogba definitely had the last laugh, with United still unbeaten in the Premier League and level on 13 points with title rivals Chelsea and Liverpool.

While the World Cup winner may have clashed with West Ham’s fans, match-winner Lingard was given a lovely reception following his loan, telling MUTV afterwards: ‘That’s football. It was a great reception from the West Ham fans. I had a brilliant time here, but I had to do my bit today.’

On his muted celebration, he added: ‘They supported me in the loan spell and gave me a great reception, so it was only right to pay them back.’