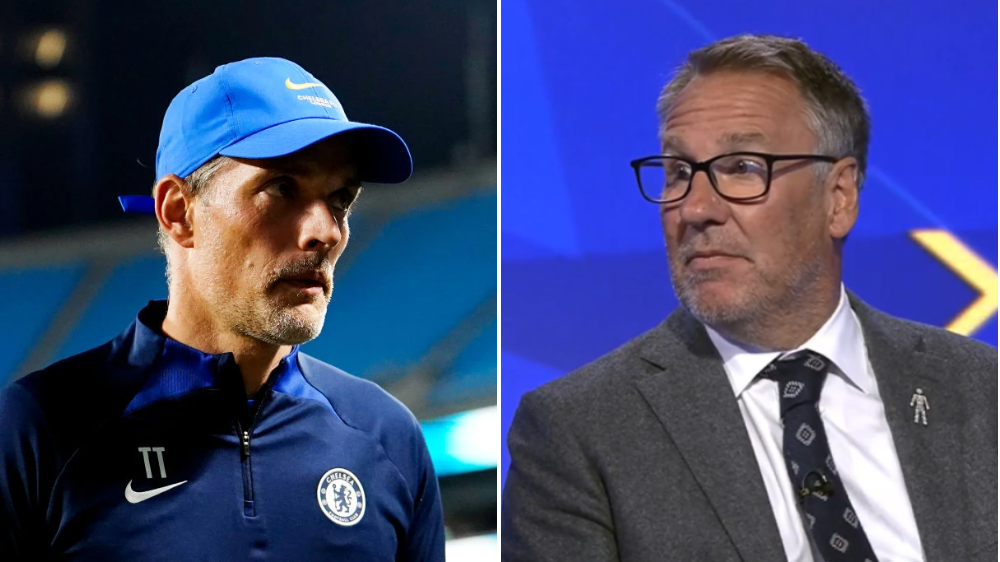 Chelsea took their spending for the summer above £200m this week as they completed a £70m move for Leicester City defender Wesley Fofana.

But Chelsea might not be finished in the transfer market just yet as they continue to be linked with late moves for Palace star Zaha and Everton ace Gordon.

The summer transfer window shuts on Thursday and Arsenal legend Merson believes Chelsea should look to secure a stunning deal for Zaha but abandon their interest in Gordon, who Everton value at more than £60m.

‘Wilfried Zaha has been linked with a move to Chelsea and it remains to be seen if he will secure a transfer before the deadline,’ Merson told Sportskeeda.

‘I think a lot of people judged him based on his Manchester United stint and I think that’s a bit unfair. The likes of Kevin De Bruyne and Mohamed Salah didn’t quite make the grade at Chelsea, but look at them now!

‘Zaha has added goals to his game and will be a really good signing for Chelsea, in my opinion.’

Merson added: ‘I don’t understand these Anthony Gordon links. The kid’s a good player, but the transfer fee mentioned is enormous!

‘If I was in charge of Everton and was offered to take Armando Broja or Conor Gallagher as part of a player-plus-cash deal for Gordon, I’d consider it to be the deal of the century and take it!’

Chelsea’s mixed start to the new season continued on Tuesday night as they suffered a 2-1 defeat at Southampton. Thomas Tuchel’s side face West Ham this weekend.