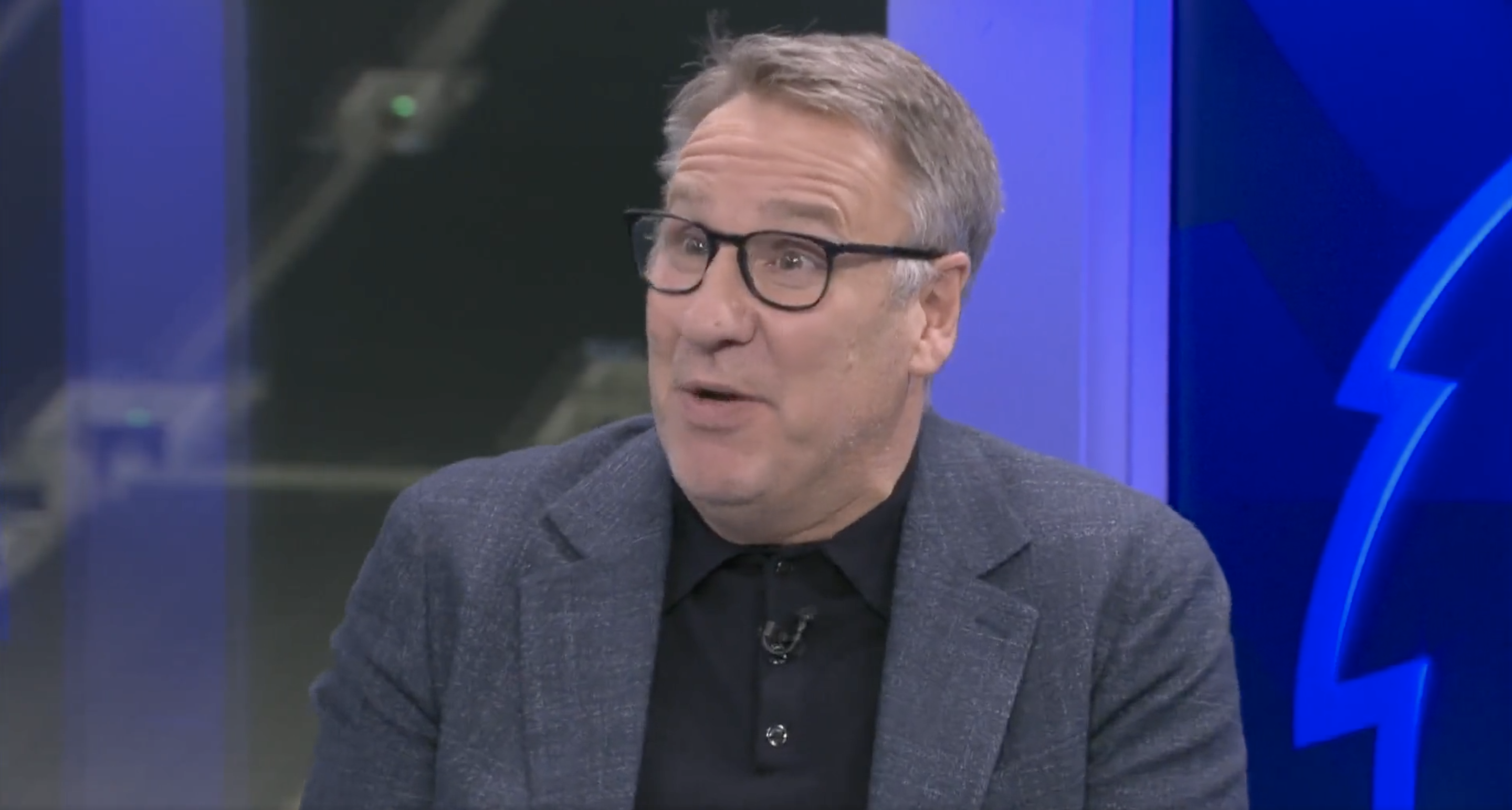 Paul Merson says it’s Arsenal’s title to lose after they extended their Premier League lead with victory over arch-rivals Tottenham on Sunday.

Arsenal beat Tottenham 2-0 courtesy of an own goal from Hugo Lloris and a stunning strike from Martin Odegaard – the Gunners’ first North London derby win away from home in the league since 2014.

It has put Mikel Arteta’s side eight points clear of Manchester City and nine clear of Newcastle and Manchester United in the title race after 18 games.

But there is no rest for Arsenal, as they now look to next Sunday’s home match against the Red Devils.

Many saw this game as pivotal to their title charge, as they look to win the Premier League for the first time since 2004, and Merson believes the Gunners’ destiny is now in their own hands.

‘I think it all comes down to next weekend [against United]. It’s the game,’ the Arsenal legend said on Sky Sports.

‘If Man United go and beat Crystal Palace away [on Wednesday night], which I do expect them to do, then they’re six points behind Arsenal.

‘If Arsenal win the game, Man United are out of the equation and it’s Man City changing them down.

‘It’s Arsenal’s to throw away now. I know there’s a lot of football to go, but that first half was like watching Man City.

‘If you lived in New Zealand and you hadn’t seen football for four years and they were playing in light blue, you’d have thought you were watching Man City. That’s how good they were.’