Dani Parejo has been praised by social media users for his crucial role in Villarreal’s equaliser at Bayern Munich last night, a goal which sent the underdogs through to the Champions League semi-finals.

The silky midfielder enjoyed a superb evening at the Allianz Arena, having helped his side with an array of eye-catching passes, but reserved his most important move until last, having shown remarkable composure on the ball.

With just minutes left on the clock and the tie balanced on a knife-edge at 1-1 on aggregate, Parejo picked up possession on the edge of the penalty area, with several Bayern players then quickly looking to press him. 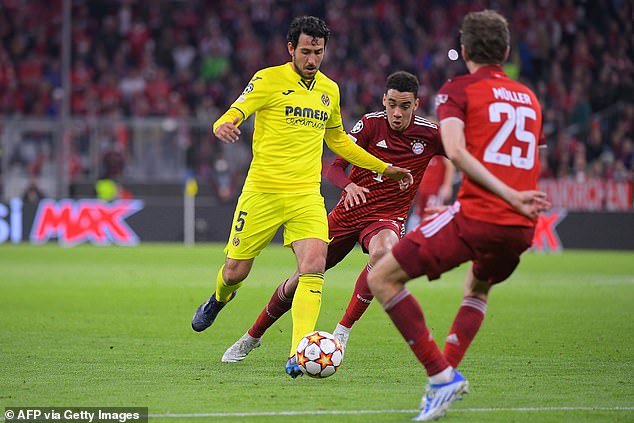 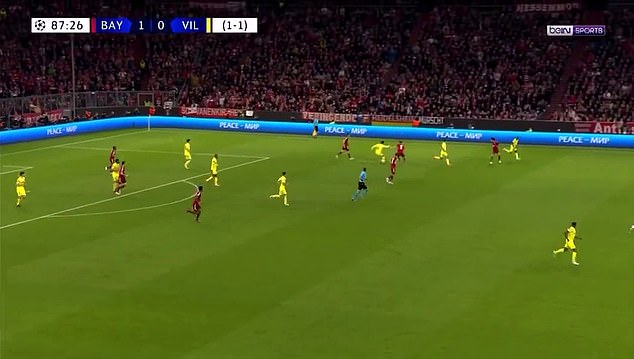 Remarkably, he was able to twist and turn out of danger before then playing a crisp pass for Giovani Lo Celso to latch onto mid-way through the visitors’ half.

From there, Villarreal flooded forward on the counter-attack, with Samuel Chukwueze fed at the far post to blast the tie’s decisive strike past Manuel Neuer.

Football fans, however, were keen to focus their attention on Parejo, who perhaps flew under the radar amid the wild celebrations following the winner. 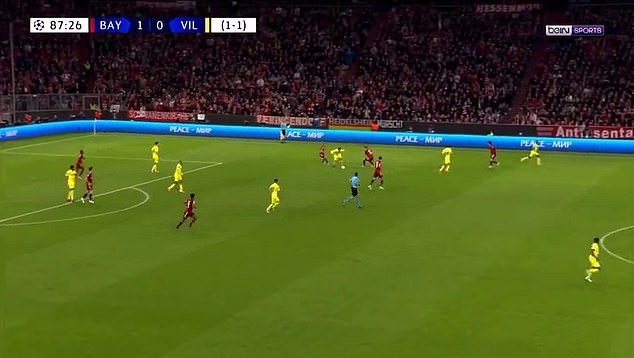 Several Bayern players pressed Parejo, who kept his cool to then play through Giovani Lo Celso 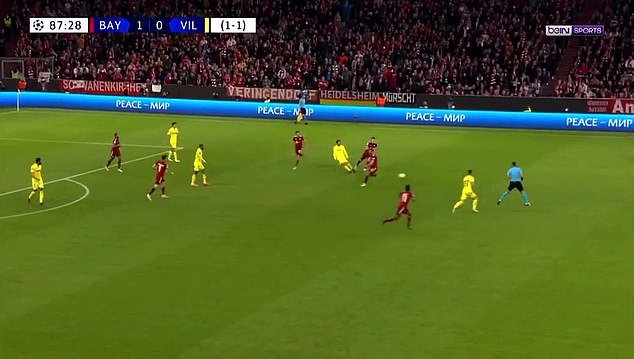 The pass to Lo Celso allowed Villarreal to break away, and then score their stunning late goal

One Twitter user said: ‘Dani Parejo, what a player.

‘Under pressure from three players and he still manages to escape and launch a counter attack that led to his team scoring.’

Another wrote: ‘We all know Dani Parejo is [in the] top five midfielders in the world?’

‘Look at Parejo in the build-up, world class DLP (deep-lying playmaker) and one of the most underrated players EVER,’ a third added.

‘Pay attention to Parejo for the goal Villarreal scored,’ another person pointed out. ‘He starts that attack in an incredible way. It’s not easy.’

A fifth, meanwhile, said: ‘Parejo might just be the most underrated midfielder of this generation.’

At full-time, a defiant Parejo said that Julian Naglesmann, Bayern’s manager, helped inspire Villarreal on to their giant-killing story.

‘I think he disrespected Villarreal and football. Sometimes when you spit up, it falls on your face,’ he told Movistar+.