‘The game is still alive’: Michael Owen questions Jurgen Klopp’s substitutions against Villarreal, claiming Liverpool were too ‘defensive’ in the closing stages and should have gone for a third goal to secure their place in the Champions League final

Michael Owen claimed that Jurgen Klopp was too defensive in the closing stages of Liverpool’s 2-0 win over Villarreal in the Champions League semi-final first leg.

After a goalless first half at Anfield, the Reds had a commanding lead within 10 minutes of the restart as Pervis Estupinan deflected Jordan Henderson’s cross into his own net and Sadio Mane finished from Mohamed Salah’s through ball.

Klopp’s side will undoubtedly now be favourites to progress to the final, but BT Sport’s pundits believe that the tie is not over yet. 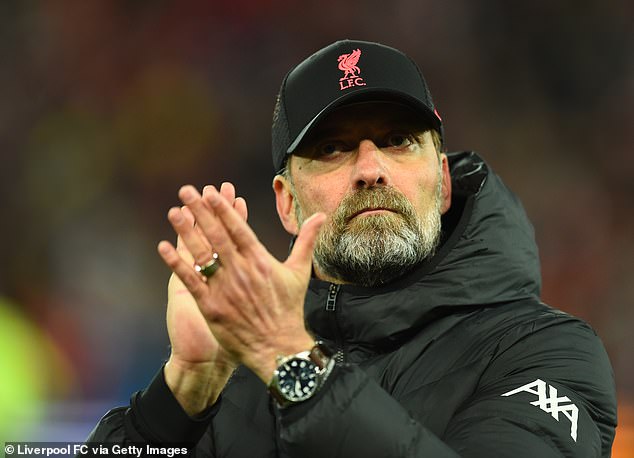 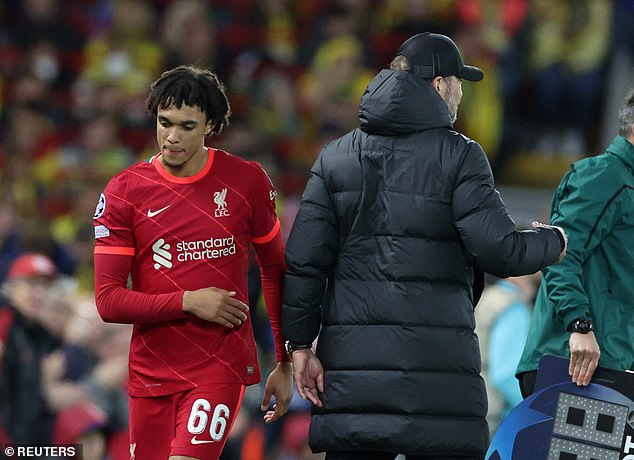 ‘Villarreal have just got a pulse,’ Owen said. ‘If Liverpool nicked another one it would have been game, set and match.’

‘I think three would have killed it, that would have been too much for Villarreal to come back from,’ Peter Crouch echoed. ‘Two is a possibility but it’s a slim, slim chance when you watch Liverpool in the form they’re in at the moment.’

Owen was critical of Klopp bringing on Joe Gomez for Trent Alexander-Arnold in the 81st minute as he felt that Liverpool should have tried to kill the tie off. 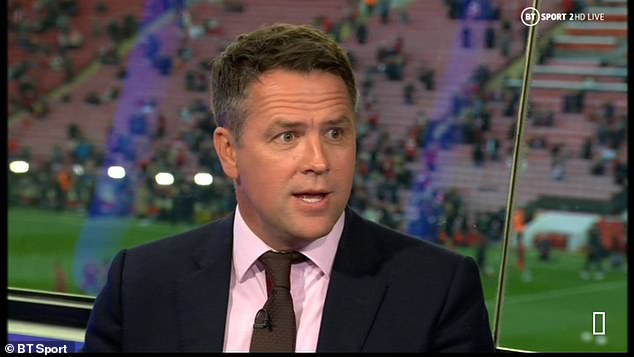 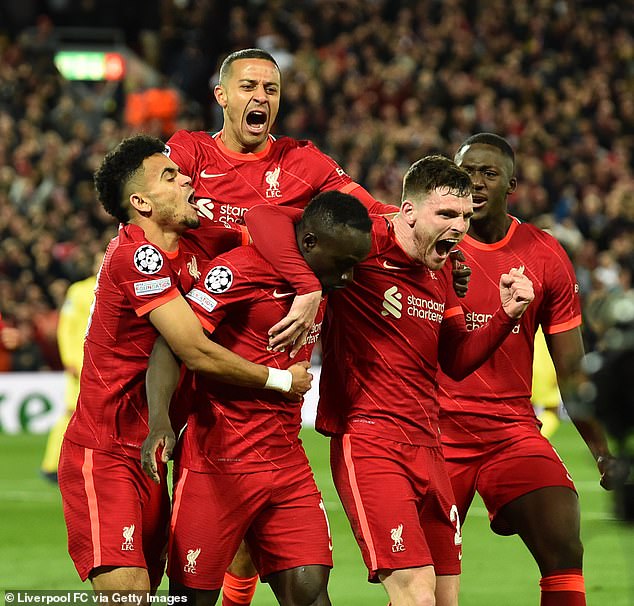 Between the start of the game and when they went 2-0 up in the 55th minute, the Reds averaged a shot every 3.9 minutes. In the final 35 minutes, they averaged an attempt every seven minutes.

‘I thought he made substitutions that almost didn’t promote going for an extra goal,’ Owen said.

‘Joe Gomez for Trent for starters is much more defensive when your right-back is one of the most attacking players you’ve got on the pitch. 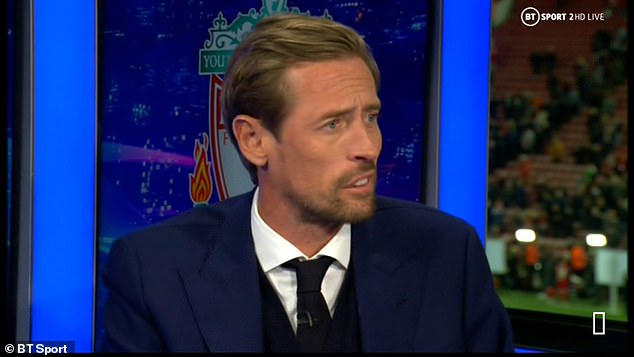 Peter Crouch said that even at 2-0, the Spanish side’s hopes of coming back are ‘very slim’

‘I thought maybe not that he was settling for two, but I thought he was comfortable and rested a couple of legs.

‘They’re going to have to go out there knowing that the game is still alive. It’s still got something in it. If they concede the first goal, it’s really alive. An extra goal tonight would have put it to bed.’

History is certainly in Liverpool’s favour though, as on each of the last 13 occasions they have won the first leg of a Champions League knockout tie, they have gone on to progress.