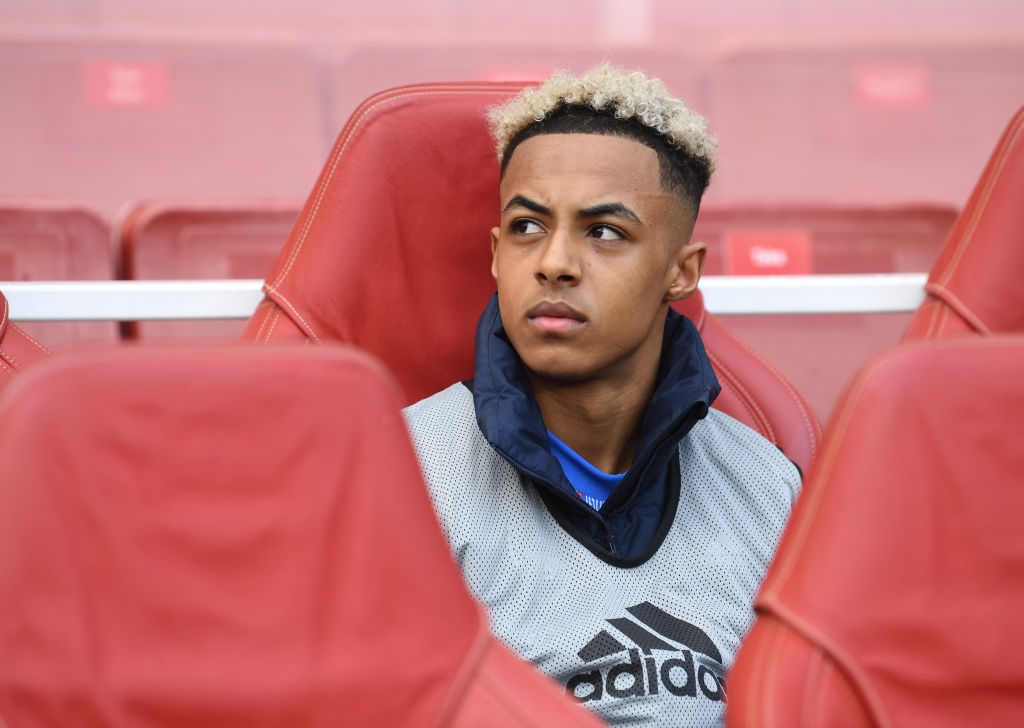 Omari Hutchinson has sent a message of thanks to Arsenal and the club’s supporters after deciding to leave north London and move to Chelsea.

The transfer came as something of a surprise, with the 18-year-old forward having been tipped for a big future at the Emirates – particularly after an excellent campaign last season for the youth team.

His performances saw him called up to Mikel Arteta’s Premier League squad during the run-in, though he never made an appearance for the first team.

Despite deciding to leave Arsenal, Hutchinson is incredibly grateful for his time at the club and penned a heartfelt message to supporters after the move to Chelsea was confirmed.

‘My experience with Arsenal has been a fantastic and memorable one.

‘I will always remember my time here and the beautiful journey it has taken me on.

‘This will be one to remember and never to forget.

‘Arsenal made me feel most welcomed and respected, so huge thank you to all the staff and coaches and my team-mates – it’s been a real pleasure.

‘Lastly, a colossal thank you to all the Arsenal fans who have supported and shown me love.

‘Words cannot describe how I value, respect and love you all!’

Chelsea announced their deal for Hutchinson on Saturday, with head of youth recruitment Jim Fraser saying: ‘We are delighted that Omari has agreed to sign for Chelsea.

‘He is a brilliant addition who joins us as an exciting emerging talent hoping to make a quick impression in the senior game.’

Although the 18-year-old represented England at youth level, he made his senior international debut for Jamaica in a friendly against Catalonia in May of this year.