The Canaries consolidated second place behind leaders Sheffield United but the Robins could claim to be superior in all departments apart from defending.

Dean Smith’s hosts had to hang on for the points after Bristol City made it 3-2 in the 77th minute with a goal home fans were convinced should not have stood. 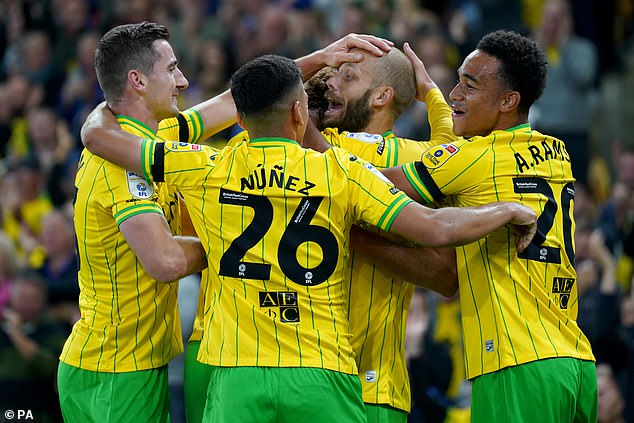 Sam Byram’s wayward pass across his own box gave Tommy Conway a sight of goal in the first minute but the Robins forward could not hit the target.

Pukki showed him how to capitalise on an error with Norwich’s 11th-minute opener. Kal Naismith made a mess of dealing with Kenny McLean’s free-kick punt upfield, the Finland forward nipped in to lift the bouncing ball away from goalkeeper Dan Bentley as he came out and headed the ball into the empty net in one smooth movement.

Pukki benefited from another Naismith miscalculation in the 23rd minute. McLean intercepted the summer signing’s pass and Aaron Ramsey sent Pukki charging clear for a shot that was deflected past Bentley at his near post off Zak Vyner.

Norwich went on to prove that their lead had been undeserved by being given the runaround for the rest of the half, with Conway leaping to meet Nakhi Wells’ cross from the left to half the deficit in the 44th minute.

Wells sent a header at Norwich goalkeeper Tim Krul early in the second period as the visitors continued where they left off. 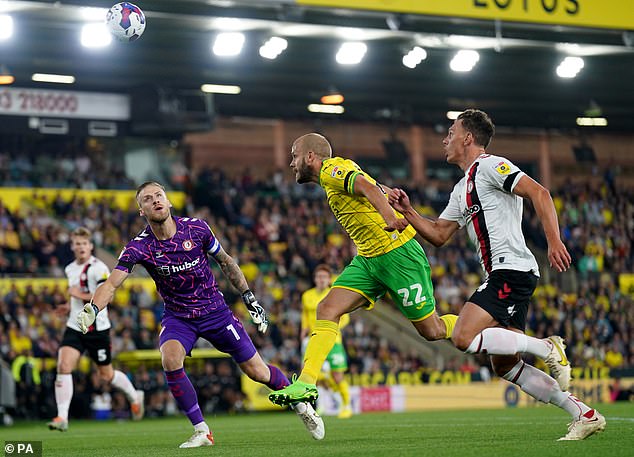 Norwich made a double change on the hour mark with Onel Hernandez and Gabriel Sara replacing Ramsey and the ineffectual Todd Cantwell.

Sara claimed an assist in the 65th minute from a corner to the near post that was met by the head of Sargent, who had got ahead of Vyner. Goalkeeper Bentley got a touch but there was too much power from the USA international to keep it out.

Bentley pulled off a fine save to deny Pukki his hat-trick in the 75th minute when Canaries captain Grant Hanley nodded on another fizzing corner delivery from Sara, the Brazilian midfielder who was signed in the summer. Pukki latched on to the loose ball but Bentley made a point-blank parry.

The Robins pulled a goal back in controversial style in the 78th minute when Wells caught Aarons on the edge of the box but referee David Webb allowed play to continue, Marcelino Nunez was caught in possession by Joe Williams and fellow substitute Antoine Semenyo lashed home the loose ball.

Norwich earlier confirmed that Mark Attanasio, owner of the Milwaukee Brewers baseball franchise in the US, had joined the board via a £10million purchase of 18% of the shares.