Nike have released their official advert for the 2022 World Cup and called it one of the best clips to have ever been made.

The advert compares the world class talent that will be on show in Qatar to the iconic footballers who paved the way before them.

The ad – labelled as the ‘GOAT Experiment’ – uses computer graphics to see how footballers from the past and present perform when playing against each other. 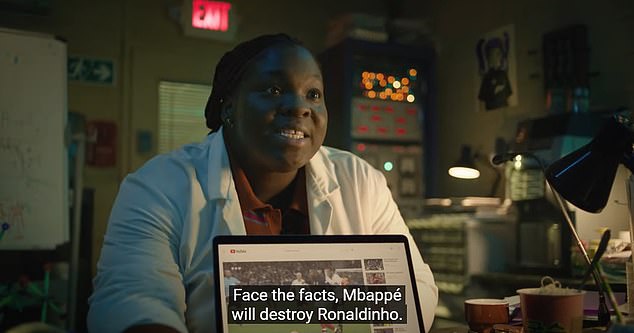 The advert starts with two scientists sitting in a table debating about whether Kylian Mbappe is better than Brazil legend Ronaldinho.

One of the scientists suggests teleporting Mbappe and Ronaldinho into the lab to  determine who the better footballer is.

They are both inspired by the idea and get straight to work – transforming the warehouse into a football pitch.

Once they are ready to go, they begin teleporting the two footballers into the lab. Ronaldinho was the first to arrived and sported a whopping great big smile. 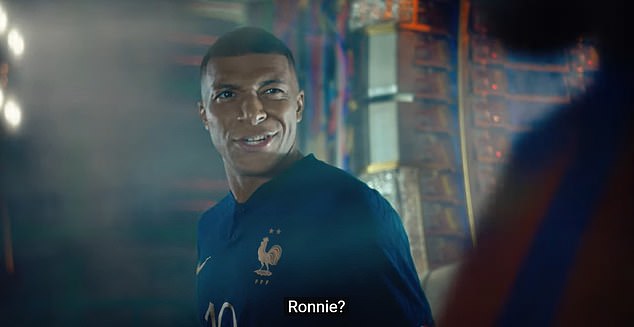 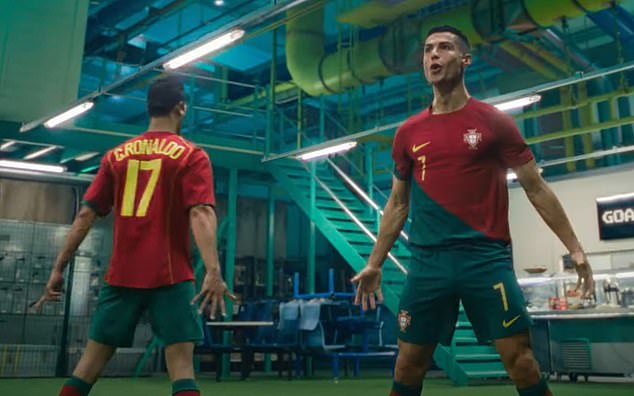 France international and PSG star Mbappe flashes onto the screen soon after but looks somewhat confused by what is going on.

However, they instinctively started showboating once a football was dropped onto the pitch and Oingo Boingo’s 1985 smash-hit ‘Weird Science’ began playing.

The scientists couldn’t believe their eyes and decided to add more iconic names into the mix. Next up was Ronaldo (no, not the one hitting the headlines today!).

Brazilian striker Ronaldo Nazario was transported from Japan to take on present day Mbappe and Ronaldinho.

A second version of Ronaldo Nazario appeared soon after – with the 1998 superstar taking the mick out of future Ronaldo’s haircut. 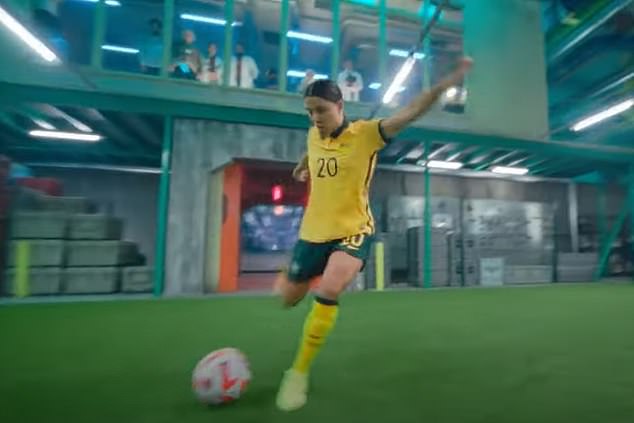 While Kevin De Bruyne featured for Belgium before Cristiano Ronaldo appeared. The Portugal star was heard saying ‘come on guys’ before getting stuck into the game.

Alex Morgan also featured in the advert – executing her tea-sip celebration after scoring against the men. 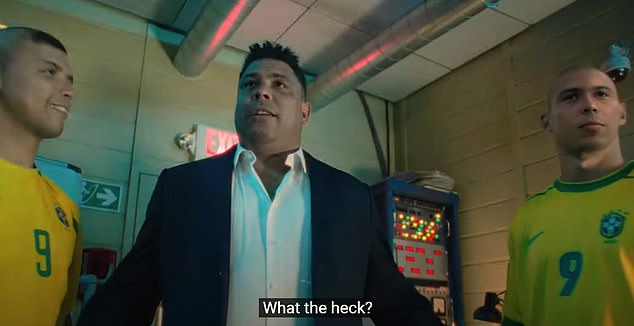 Chelsea icon Sam Kerr was also present in the advert, showing off some silky skills before firing the ball at goal.

The camera panned to the sceniests who were blown away watching the star studded line-up.

The clip then ended by Ronaldo Nazario showing up in real like to ask ‘what the heck’ was going on.