‘I’m focused and determined with Arsenal’: Nicolas Pepe hints he is ready to fight for his place under Mikel Arteta… despite interest from Sevilla, Marseille, Lyon and Leeds in £72m flop

Arsenal flop Nicolas Pepe has hinted he wants to fight for his place at the club, insisting he is ‘focused’ and ‘determined’ to make his mark.

The Ivory Coast international remains the club’s record signing after joining in a £72million deal from Lille in 2019, but he has struggled to make a regular impact in north London.

The 27-year-old scored just one goal and laid on a single assist in the five Premier League appearances he made last season, and confirmed he had changed agents in May amid speculation he was set for a move away. 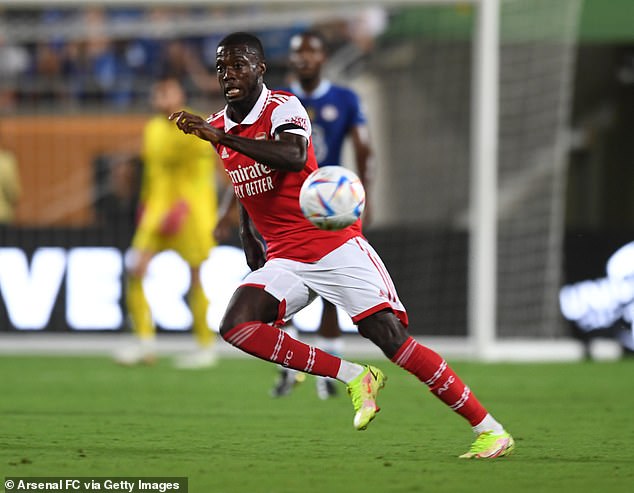 Leeds, Sevilla, Lyon and Marseille have all expressed interest in Pepe this summer, but posting on Instagram following the conclusion of Arsenal’s pre-season tour of America, he appeared to play down links of a move away.

‘I worked hard during the summer. Changed a lot of things,’ Pepe wrote as a caption in combination with a picture showing him in pre-season action in the States.

‘I’m focused and determined with Arsenal and my team-mates,’ he added.

The 27-year-old played second fiddle to Bukayo Saka last season and as a result made just 19 appearances across all competitions in 2021-22.

Arsenal have further strengthened in attacks this summer with Gabriel Jesus and Fabio Vieira arriving from Man City and Porto, and reports suggest Mikel Arteta still wants a right winger.

They did suggest however his salary presents an issue to Sevilla – who face the Gunners in Saturday’s Emirates Cup – with Pepe needing to lower his current £100,000 per week demands if a move is to happen.

There is also a question over the fee, with Sevilla only prepared to pay £15m for the 27-year-old. 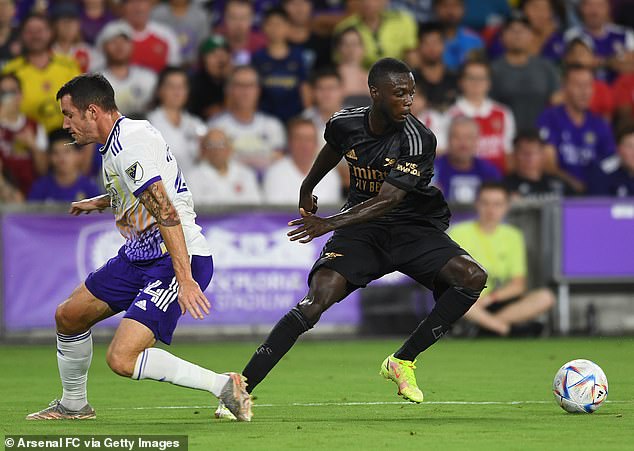 The Gunners are holding out for around £10m more as they look to recoup some of the huge fee they forked out just three years ago.

Marseille and Lyon are both keen to bring him back to France, where his performances for Lille originally earned him the big-money move to Arsenal.

Pepe has started three of Arsenal’s five pre-season games so far – against Ipswich Town, Nuremberg and Orlando City respectively – while making appearances off the bench against Premier League duo Everton and Chelsea. 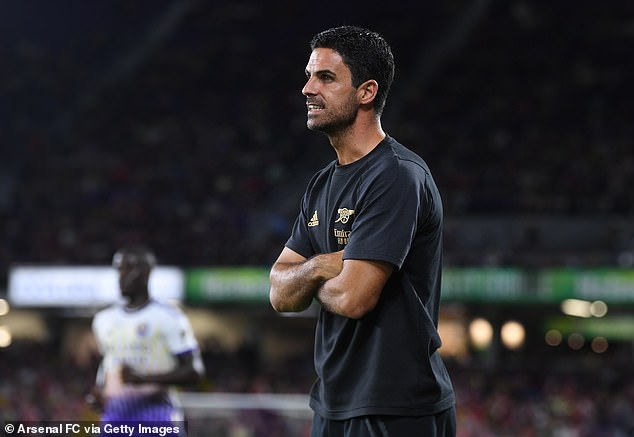