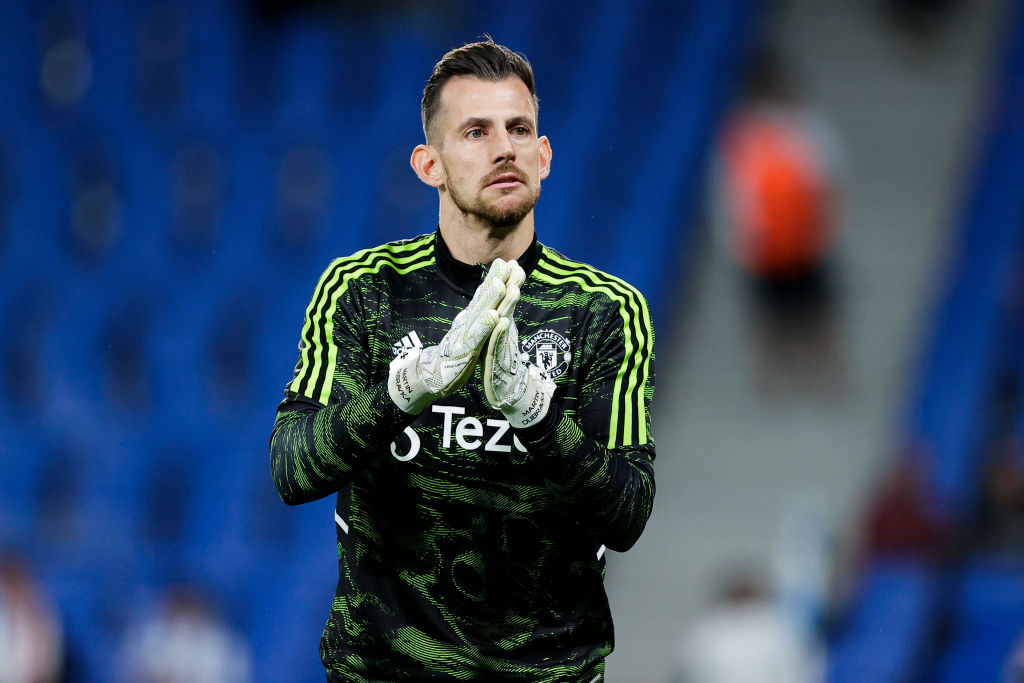 Martin Dubravka has thanked Manchester United fans for his brief but enjoyable time with the Red Devils after being recalled by parent club Newcastle on Sunday.

The Slovakia international moved to Old Trafford in September on a season-long loan which included the option to make the move permanent next summer.

However, the deal also gave Newcastle the ability to recall the 33-year-old in the January transfer window and they have decided to activate that clause.

Dubravka could now replace Loris Karius as Newcastle’s number two keeper behind Nick Pope, while there have also been suggestions he could be sold permanently this month.

The veteran keeper says he is keen to contribute to Newcastle’s season after returning to the club, with the Magpies currently in third place in the Premier League table – two points ahead of Manchester United having played a game more.

‘Hi guys, I have been recalled from loan at Manchester United and will return to Newcastle,’ the goalkeeper wrote on Instagram on Sunday.

‘Although short, it has been an enjoyable experience in Manchester and I wish to sincerely thank all the coaches, staff, players and fans of MUFC for their warmth and support during my loan spell.

‘Regarding Newcastle, I have been delighted to see the club make such an impressive start to the season!

‘Newcastle is my home and I will be back to support the squad and the goalkeeping group for the second half of the season.

‘As always I will give my all to the team and will contribute in any way that I can to hopefully a memorable season. Wishing you all a very happy new year!’

Dubravka joined United to provide cover and competition for David de Gea, with reports at the time suggesting the Spaniard was not particularly highly rated by new manager Erik ten Hag who wanted a keeper more capable with the ball at his feet.

But the Slovakian made just two appearances for United, both in the Carabao Cup and both rather unconvincing, and United must now decide whether to stick with Tom Heaton as their number two or sign a new backup goalkeeper this month.