Eddie Howe has described his £33million January signing Bruno Guimaraes as ‘the complete package’ after his impact in Newcastle United’s 1-0 victory over Wolves.

The former Lyon midfielder showed glimpses of elite-level class to help the Magpies pull themselves 10 points clear of the Premier League relegation zone.

Striker Chris Wood notched the only goal of the game from the penalty spot in the 72nd minute at St James’ Park. 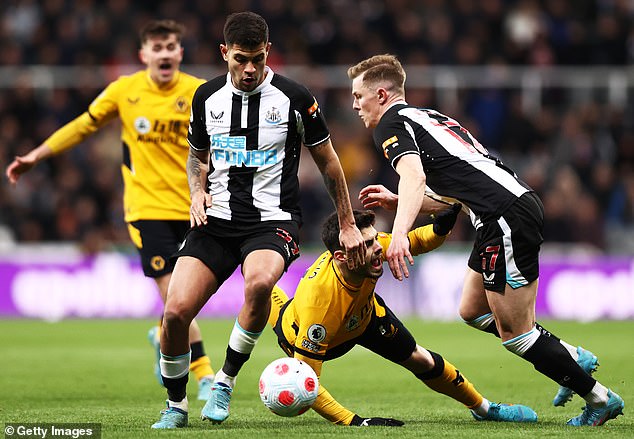 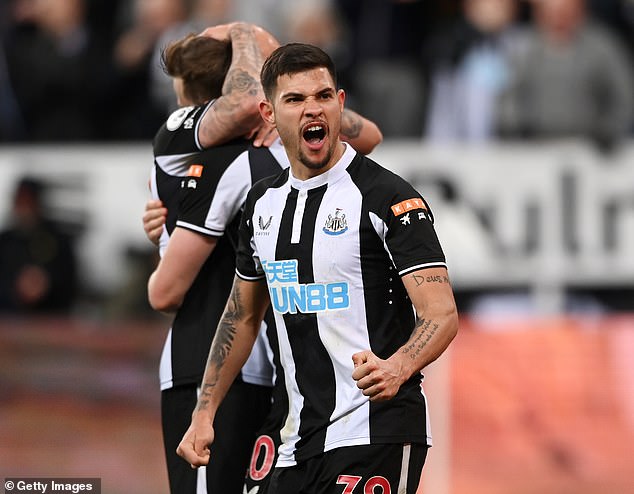 Guimaraes was seen as the club’s biggest coup in the January transfer window, despite spending big on the likes of Kieran Trippier and Chris Wood, due to his future potential.

Although the latest win was just Guimaraes’ first start since arriving in Tyneside, the boss is confident in his ability – despite his lack of playing time.

‘I think they’ll love him and they already love him to be honest,’ Howe said ahead of the win. 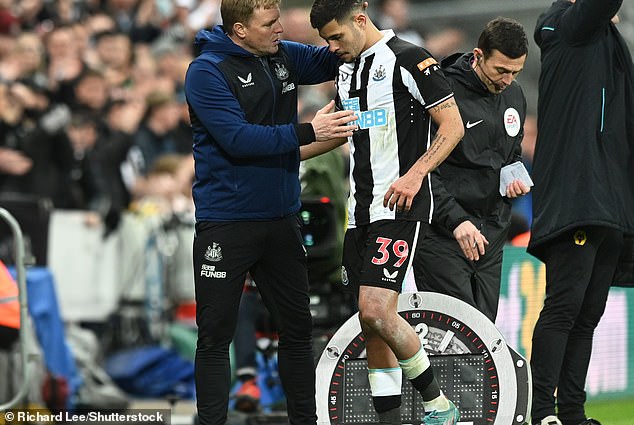 ‘He’s got that technical flair, but also behind it he’s got a real steel and resilience.

‘He’s a winner. I see that every day in training, he’s got a great attitude so I think he is the complete package.’

The boss added: ‘He did very well today in a very difficult game. He showed real intelligence in possession and in terms of his positioning and his desire to get on the ball is so strong.

‘There’s no fear in Bruno, he wants to be on the ball in every moment and that’s in part why we love him so much.’ 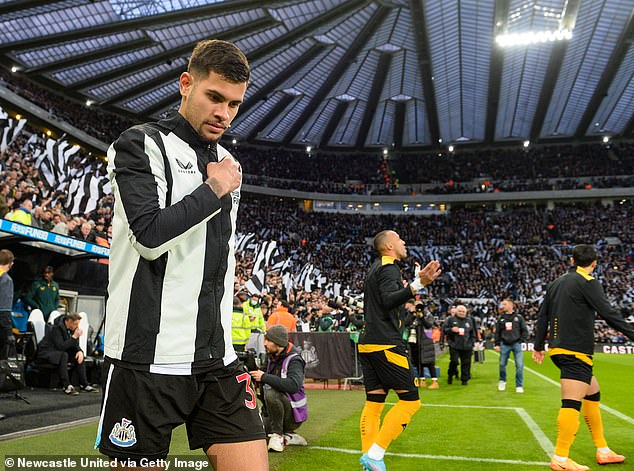 TV pundit and former Liverpool defender Jamie Carragher joined in the praise for the Brazilian as he believes ‘he was the best player by a mile’.

The 24-year-old Brazilian was substituted late on to a standing ovation from the home supporters, and Carragher added that he believed Bruno could play a major role in the Magpies midfield over the next few years.

Carragher told Sky Sports: ‘He was the best player by a mile, he was rightly given man of the match.

‘It has been difficult for him to try and get into the team, there’s been that pressure and the team started playing well. 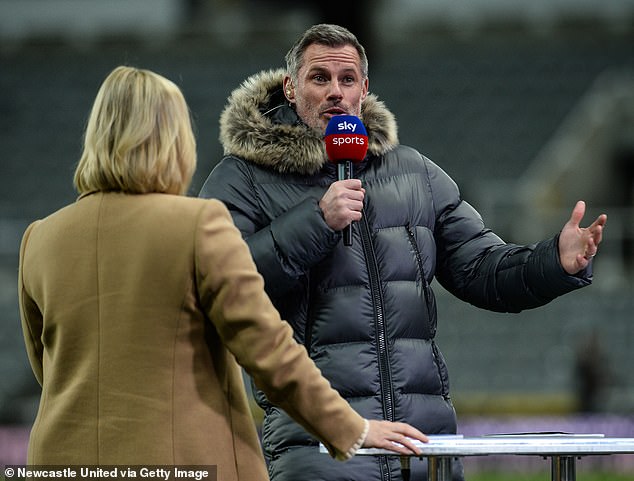 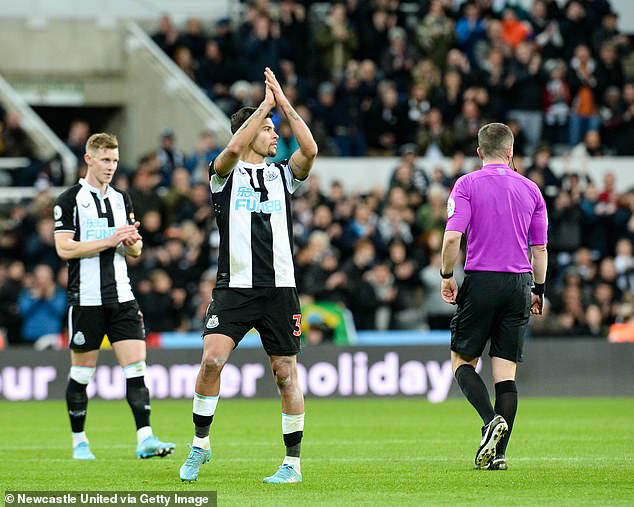 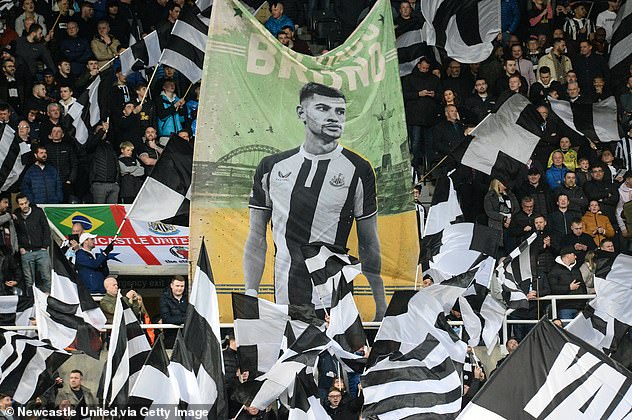 ‘(Joe) Willock started playing a lot better than he had done earlier in the season, but there’s no doubt he’s a class act.

‘He wasn’t signed for that, he was signed for the future, the next three or four years. The reaction of the crowd in this stadium…that’s the calibre of signing they want.

‘Three of four like that in the summer will really push Newcastle forward and into a position maybe where Wolves are, with seven or eight games to go next season and pushing for a European place.

He looks a class act, he was the best player on the pitch tonight and I think there’s more to come.’