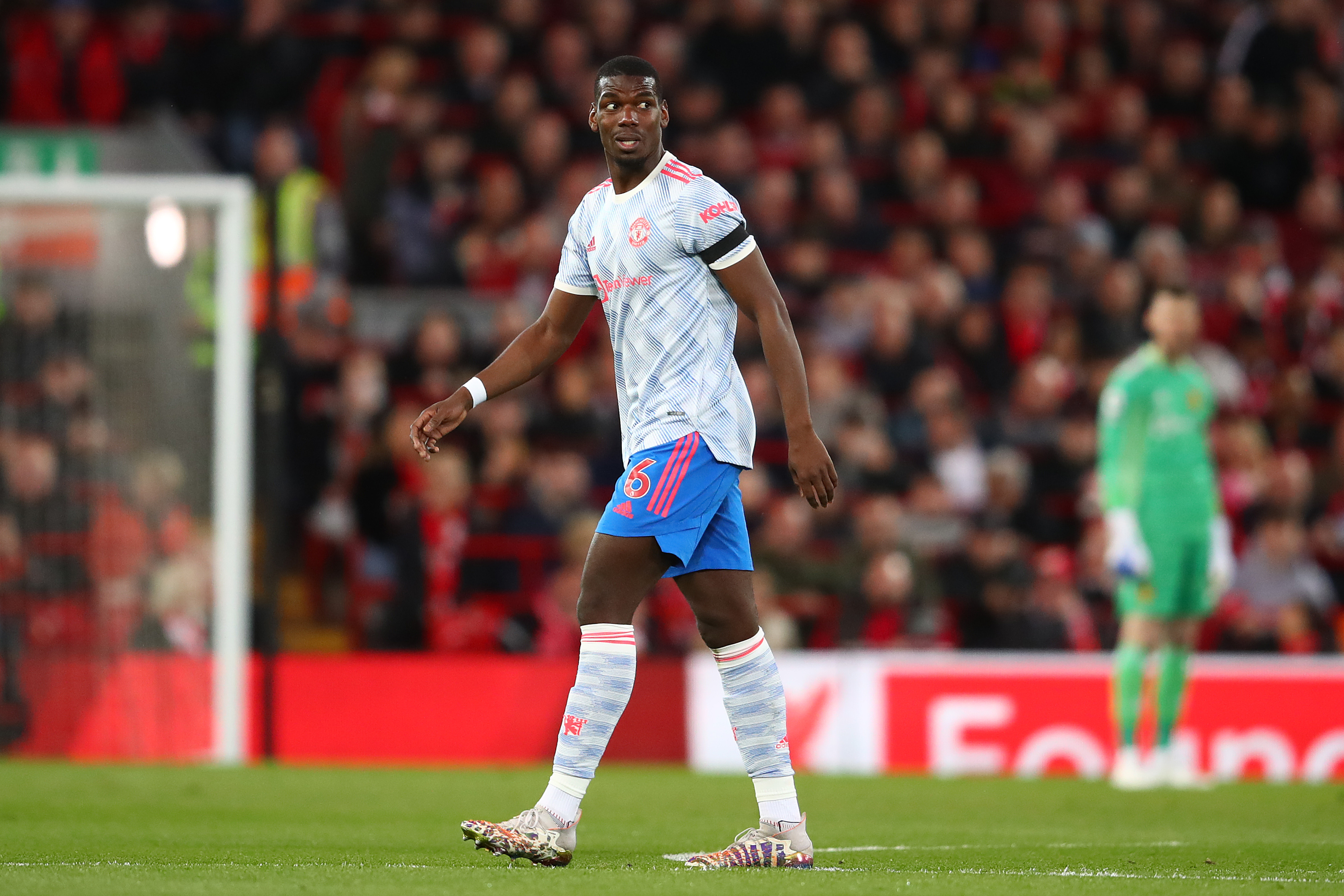 Gary Neville reckons Manchester United fans may have seen the last of Paul Pogba in a Red Devils shirt following his injury against Liverpool.

United slumped to a 4-0 defeat to rivals Liverpool at Anfield in another miserable evening for interim boss Ralf Rangnick.

His task was made much harder when Pogba was taken off after just 10 minutes with an injury.

Neville said on Sky Sports commentary: ‘That could be Paul Pogba’s last minutes in a Manchester United shirt, if that injury lasts for a few weeks.’

The Frenchman is out of contract in the summer and is yet to make a decision on his future.

The likes of PSG and Juventus have both been linked with a move for the midfielder who has struggled for form amid injuries this season and it’s looking increasingly likely he won’t sign a new deal.

Neville didn’t hold back in his criticism of his former team as he watched Liverpool run riot at Anfield.

Goals from Luis Diaz, Mohamed Salah (x2) and Sadio Mane were enough to see off any threat from United with Neville blasting the players a ‘waste of space.’

‘This Man Utd team are a waste of space,’ Neville said.

‘However, the football Liverpool have delivered here is absolutely sublime. The quality! That pass from Mane, that touch from Salah, that finish are world class.

‘And it’s why Liverpool go into the last 10 or 11 games of the season in an unbelievable position to sweep up.

‘This is as bad as it gets. I thought Man Utd looked promising towards the end of last season but the demise to where they’re at today has been alarming. What we’re watching is nothing. This is nothing.’