United were well-beaten by a major rival at Old Trafford yet again with City taking control in the first-half thanks to an Eric Bailly own goal and Bernardo Silva’s strike just before the interval.

The result comes a coupe of weeks after United were thrashed 5-0 at home to Liverpool and Ole Gunnar Solskjaer’s side now lie in sixth place and nine points off the Premier League summit. 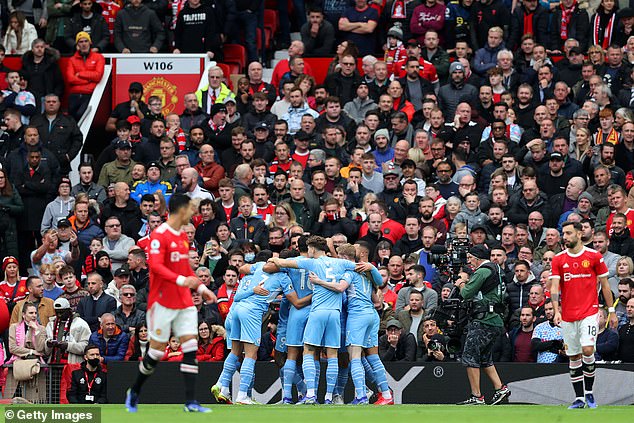 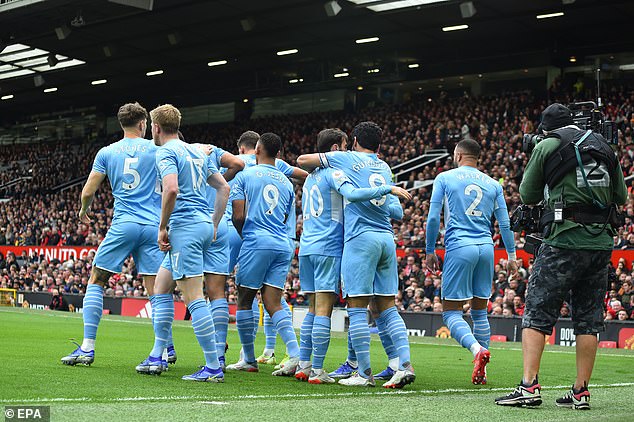 Former United defender Neville praised City for their display and the manner in which they ‘toyed’ with United, with the Sky Sports pundit comparing his former club to ‘a drunk bloke trying to win a fight at the end of the night.’

Neville told his Sky Sports podcast: ‘Against Liverpool it was smash-bang-whallop and that (the loss to City) was like a general anaesthetic, like you’ve been put to sleep. Manchester City just put Manchester United to sleep there.

‘For the last half an hour, City toyed with United and made them look really ordinary and it was demoralising. I’m a United fan and you marvel at the quality of Manchester City.

‘It’s sobering: I described United as a drunk bloke trying to win a fight at the end of the night, just trying to swing their arms but they didn’t even do that really. They weren’t throwing that many punches.’ 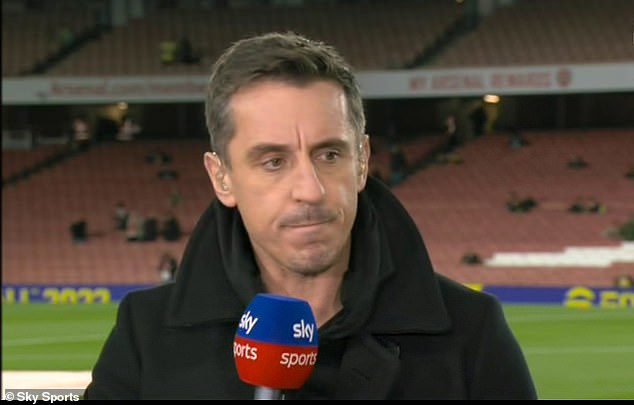 Neville described United’s performance on Saturday as ‘demoralising’ and ‘sobering’

The defeat raises the pressure once again on under-fire boss Solskjaer, who is no closer to firing United to a trophy despite this being his third season in charge at Old Trafford.

However, Neville believes United will stick with the Norwegian boss until the end of the season and claimed the fans inside Old Trafford would never turn on their former striker in the dugout.

‘That was demoralising, almost to the point where it gives you a headache watching that,’ added Neville about United’s display on Saturday. 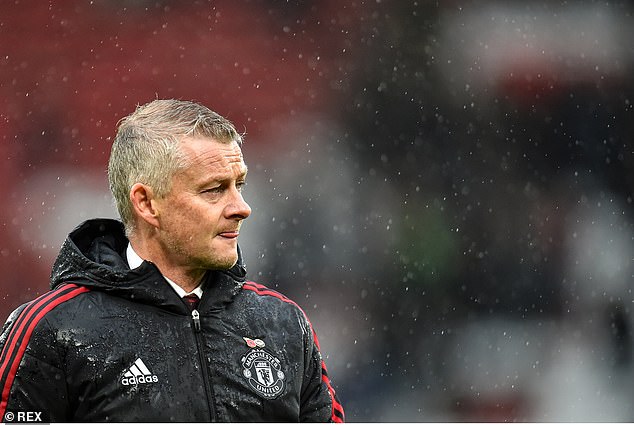 ‘The club aren’t going to do anything. This feeling that they had to sack Ole Gunnar Solskjaer ten days ago so they could get (new Tottenham boss Antonio) Conte in? Conte would have never been appointed by the hierarchy at this football club. That was never, ever going to happen.

‘Their plan all season was to stick with Ole Gunnar Solskjaer to the end of the season and that’s where I’m at, even after today. It’s tough going now.

‘The social media noise is different than in the stadium. The Spurs fans were singing Nuno Out and they wouldn’t do that here. That’s not because it’s Ole, they didn’t do that with Jose or David Moyes, Louis van Gaal or Ron Atkinson 30 years ago.

‘The fans don’t do that here, they are respectful. But its’a train off the track. It’s now not progression and it has to reverse very quickly.