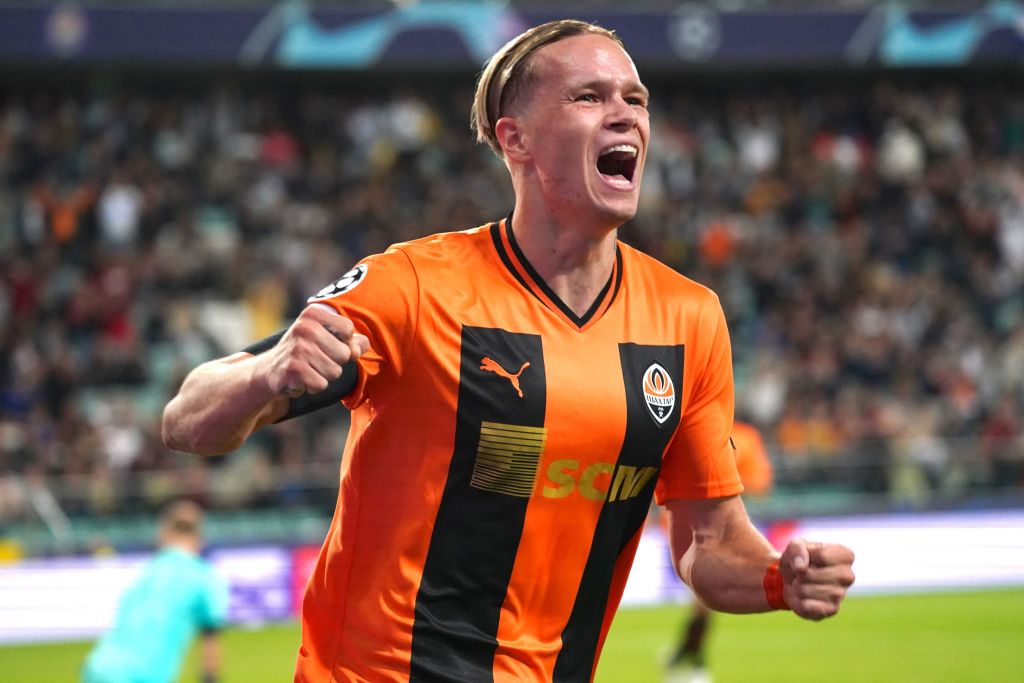 Arsenal are close to reaching an agreement with Shakhtar Donetsk for Mykhaylo Mudryk, according to reports in Ukraine.

The Gunners have already submitted two offers to sign Mudryk this month, with their opening bid of £35.5 million, plus a further £17.7m in add-ons, rejected by Shakhtar.

However, according to Ukrainian outlet Sport Arena, Arsenal are now ‘close’ to a complete agreement with Shakhtar regarding a base payment and bonuses for Mudryk.

The report claims that Arsenal want the add-ons to make up 30 per cent of the total deal, but Shakhtar are demanding that the bonus structure is worth around 20%.

Shakhtar have been adamant that they are using Manchester United’s £85m deal for Antony last summer as a benchmark for Mudryk’s valuation.

It’s understood that Mudryk has already agreed personal terms with Arsenal and will sign a five-year contract with Mikel Arteta’s side.

Meanwhile, Mudryk has also distanced himself from a fake Instagram message which circulated on social media over the weekend.

In the message, a user asks Mudryk if he is joining Chelsea, to which the 21-year-old replied ‘no’ alongside a smiling face emoji and two hearts in the red and white colours of Arsenal.

According to Ukrainian site Tribuna, Mudryk has denied the veracity of the Instagram screenshot.