DANNY MURPHY: Eddie Howe merits huge praise for swiftly turning Newcastle into a Premier League powerhouse… the Magpies might not win the league, but they’ll be viewed as serious challengers in the future

I don’t think Newcastle United will be Premier League champions in May but what they’ve achieved already is equally significant – they’ve destroyed the Big Six cartel which has dominated the league for several seasons.

Even finishing in the top four would be well beyond the expectations of Eddie Howe, the Newcastle supporters and certainly pundits like me looking from the outside. Not even Big Al [Alan Shearer] could have anticipated where they are and he’s the most positive Geordie on the planet.

They’ll now be recognised as serious challengers going forward, which is huge credit to the job Eddie Howe has done, with the potential to bring in more top players. 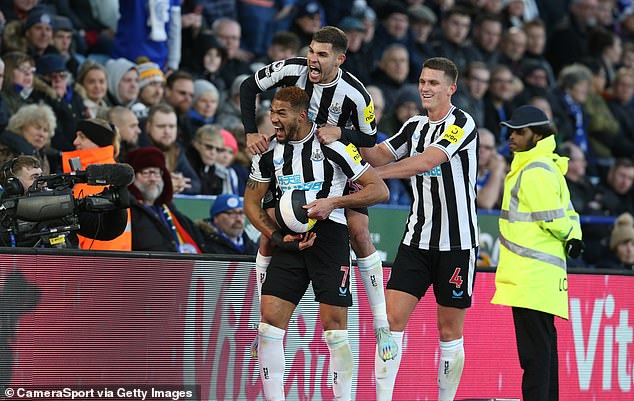 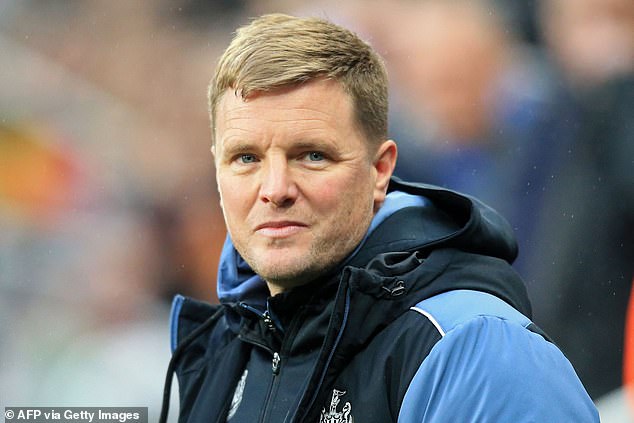 That’s great for football supporters who love to see competition but not so much fun for clubs like Manchester United, Chelsea and Liverpool, who know Champions League places will be even harder to get.

People will talk about the Leicester miracle in 2016 but I don’t think they had rival teams as strong as Newcastle face this season.

This Pep Guardiola Manchester City side are one of the best in history and Arsenal have a real quality and energy about them. 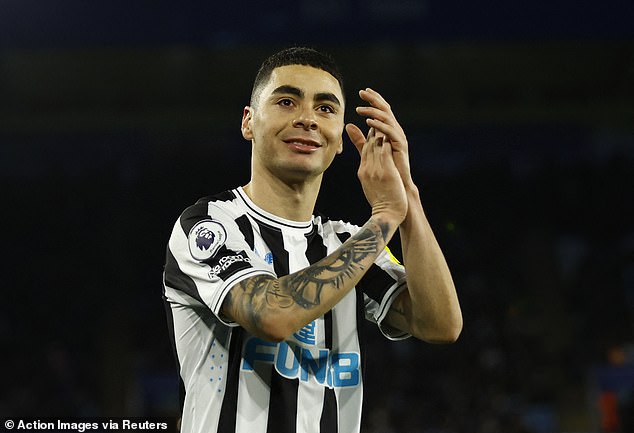 Nobody is stupid enough to write off Newcastle for a Champions League spot, and Tuesday’s game against Arsenal will tell us a lot, but even if they start dropping a few points, there is no reason to panic. They are pushing forward far quicker than we thought.

It’s impressive that they’ve been able to win games without three of their best forwards; Alexander Isak, Callum Wilson and Alain Saint-Maximin. They look expertly coached, everyone who plays knows their role, again a huge plus for Howe.

But there are a couple of positions I still think will be hard to fill if they get injuries. Their defensive record has been excellent and the work Bruno Guimaraes does in the middle of the park is a big reason. Another signing Sven Botman has brought a calmness to their play at the back. 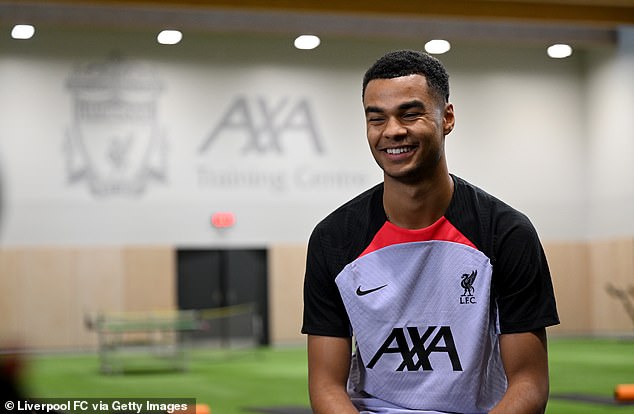 If either of those were ruled out for any reason, I think there would be an impact. They will suffer a couple of defeats on the way and that’s when we’ll see how they respond. They shouldn’t feel pressure or be obsessed about a title challenge because all that is going to come if they continue on the same path.

The rivalry between City and Liverpool was enthralling for a few years but they were able to beat everyone else quite easily. The competition is stronger than now and those clubs will know Newcastle aren’t going to go away.

I think we’ll see the rivals trying to strengthen as a response to the challenge as we’ve already seen with Liverpool landing Cody Gakpo.