Bring it on! David Moyes vows to put up a ‘big fight’ to keep Declan Rice at West Ham amid Chelsea and Man United interest, insisting the Hammers ‘are NOT just going to roll over’ and be forced into selling star man

West Ham boss David Moyes has insisted he will ‘fight’ to hang on Declan Rice amid interest from bigger clubs in the midfielder.

Despite lukewarm performances this season, Rice remains highly rated among the likes of Manchester United and Chelsea, and has previously been valued at £150 million.

The 23-year-old was a regular for England in their quarter final run at the Qatar World Cup, and recently cast doubts over his future in East London by expressing a wish to play in the Champions League. 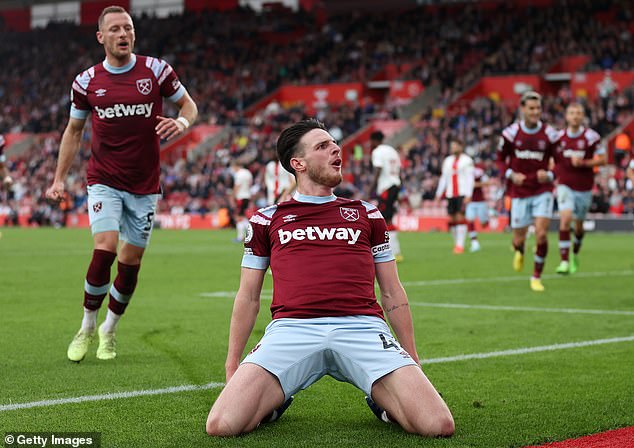 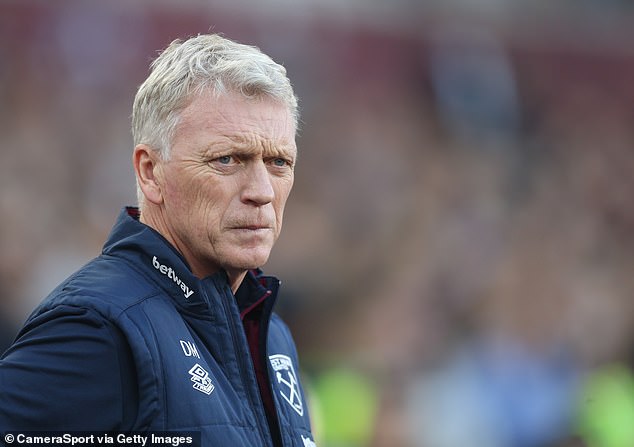 Moyes made it clear he would not be letting his captain go easily, as he told reporters: ‘He wants to win and he wants to play for a really good side, which is going to give him that opportunity to do so.

‘We hope that we can reach the Champions League. It is looking difficult at this moment in time but we are not just going to roll over and let Dec walk out of the building, that is for sure. It is going to be a big fight.’

‘I like it because he wants to challenge himself and wants to play in the big games and wants to be a top player. I don’t think you are ever going to hold anyone back from having those ambitions.’

After an excellent 2021-22 that saw West Ham finish seventh and make the Europa League semi-finals, the club has struggled so far this season and sit just one point above the relegation zone after 15 games. 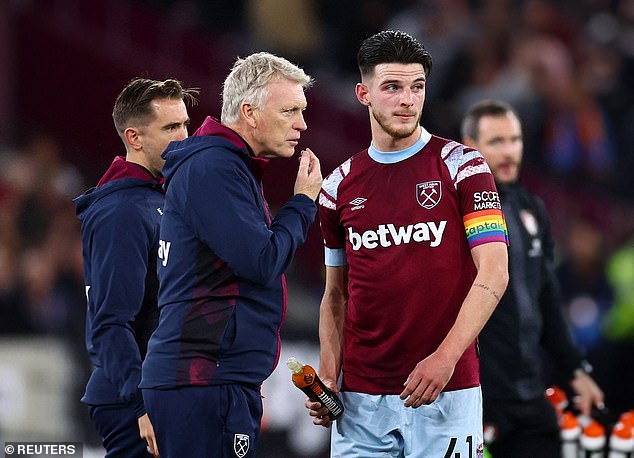 The manager insisted everything is being done to resurrect the campaign, as he continued: ‘We have turned everything upside down to try and see what we can do better and improve.

‘But if we were going to change then it means everything we’ve done for the last two years was wrong.

‘Our attacking work is going to have to score us more goals. Defensively we’ve not been too bad in the main but our attack is where we’ve been falling down.’

West Ham face a real test on Boxing Day as they visit league leaders Arsenal, who have dropped just five points all season.