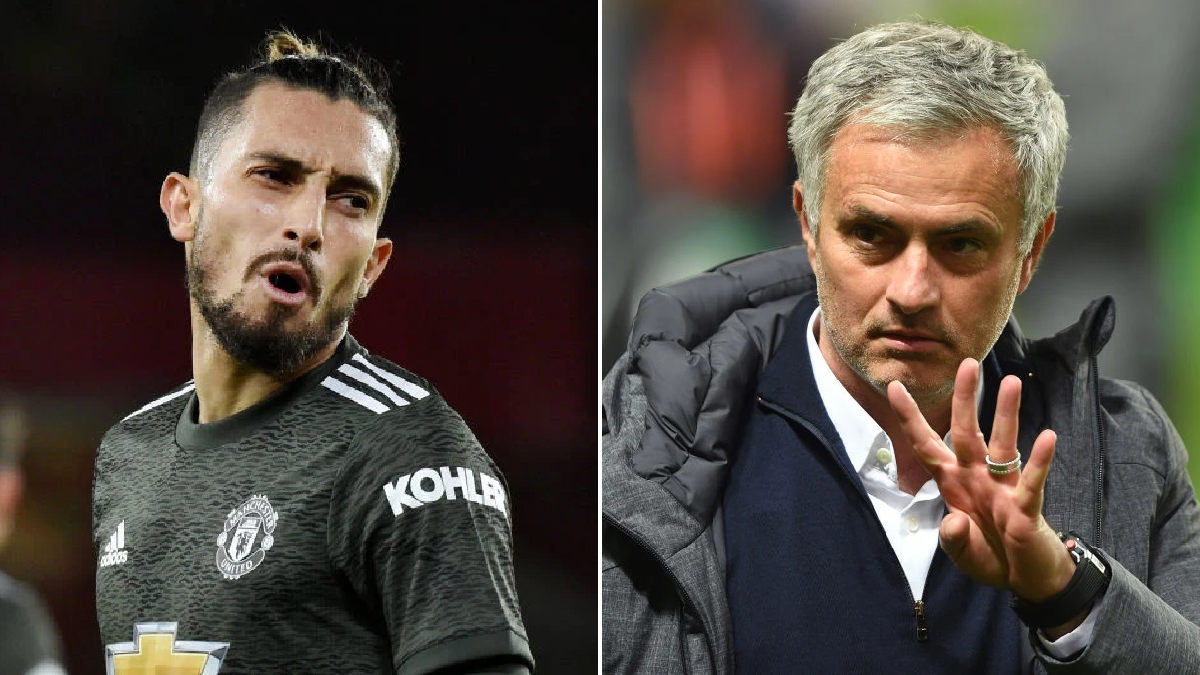 Jose Mourinho was surprised by suggestions Manchester United had been tracking Alex Telles during his reign with the Brazilian not on his radar at all, according to reports.

The left-back has had an underwhelming career at Old Trafford so far since his move from Porto two years ago and was heavily criticised for his display against Arsenal on Saturday, having been at fault for the Gunners’ opening goal.

Although Telles was initially credited with putting pressure on Luke Shaw and helping the England international improve, his £15.4million signing has largely been considered a disappointment.

When the 29-year-old arrived at the club, United suggested they had been tracking him for several years, but the Manchester Evening News claims Mourinho remembers things differently.

Far from having been keeping tabs on Telles since 2014 when he was at Galatasaray, the Brazilian was not part of any discussions during Mourinho’s time at the club – even though the manager had been keen to sign a left-back.

Mourinho had a rather tumultuous relationship with Shaw and often used Ashley Young ahead of him, with the left side of his defence a position he had been keen to strengthen throughout his tenure.

Mourinho was in charge of Tottenham when Telles signed for United and he was very surprised when he heard the claims that the club had been tracking the left-back since 2014, suggesting it was ‘news to him’.

Despite having scoured the market for a left-sided defender to usurp Shaw – who Mourinho did not rate – Telles was never mentioned as an option or considered for the role during the Portuguese manager’s two-and-a-half years in Manchester.

That is even more telling given that Mourinho has always kept a very close eye on players in the Portuguese league, particularly at his old club Porto.

Incoming boss Erik ten Hag is unlikely to see replacing Telles as a priority this summer – with the Dutchman already looking to bring in a new striker, right winger and two central midfielders – but the Brazilian could be offloaded to raise funds and free up space.