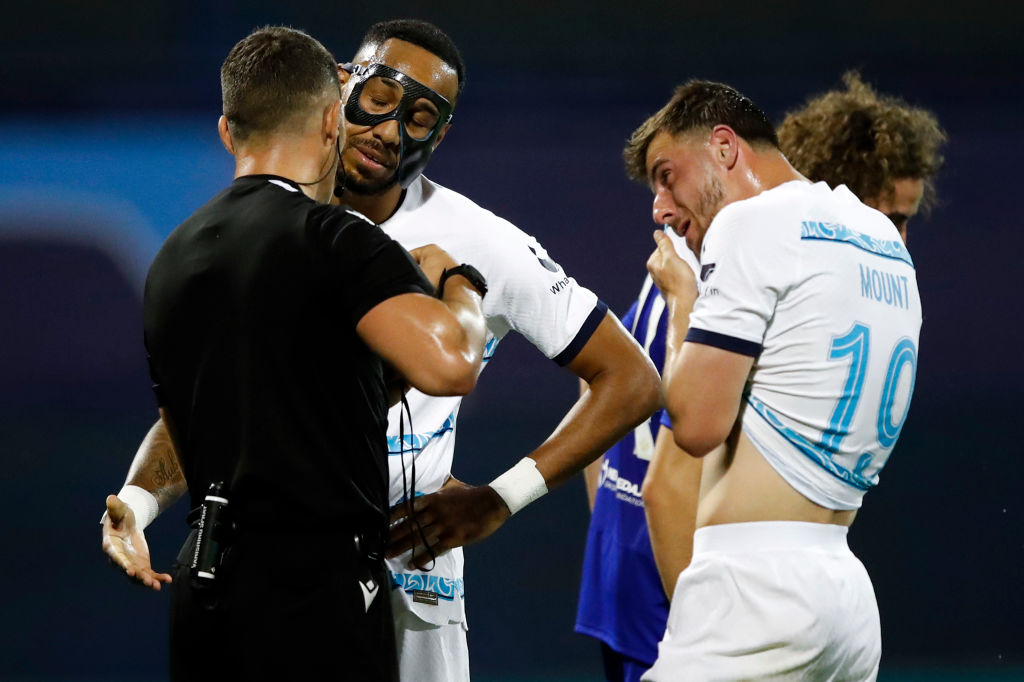 Mason Mount admits that Chelsea have not been good enough and says every player in the squad must look at themselves after their shock defeat ot Dinamo Zagreb on Tuesday night.

Thomas Tuchel’s side lost 1-0 in Croatia in their opening Champions League match of the campaign, conceding after just 13 minutes and failing to bounce back.

They dominated possession of the ball but could not break down the home side and their underwhelming start to the season continues, having also lost two of their first six Premier League matches.

Mount was making no excuses after the match, admitting that the performance was not what it needed to be and he pointed the finger at a shortage of concentration in Chelsea’s defence.

‘We have to be brutally honest with ourselves, it’s not good enough,’ Mount told BT Sport after the game. ‘It’s the first game of the Champions League and we need to make a good start.

‘We started the game well but we let it slip away and that’s happened over the last couple of games and that’s something we need to look at. It’s disappointing.

‘Lack of concentration, too easy to give the goal away and they make it 1-0. At our level it’s very difficult to get back into the game when you’re 1-0 down, especially in the Champions League. Away from home we need to deal with that better.

‘It’s a difficult one. We start well, if we get that first goal the game is totally different and we feel that we dominate.

‘It’s not good enough, we’re Chelsea. We need to up our standards, every single player needs to look at themselves and will do that.

‘We need to come back in the next game with that fire, desire that we’ve shown over the last few years to win games and the performances that we know we can provide.’

The Blues had boasted an impressive defence earlier in Tuchel’s reign as manager, but have now kept just one clean sheet in seven matches this season.

Chelsea have not been prolific in front of goal either and Mount admits confidence has taken a hit.

‘If you’re going through a difficult period it’s natural that confidence isn’t at its highest,’ said the England midfielder.

‘We know we need to keep working hard and get through it as a team.’