‘This pass from Luka Modric is why I lost my voice today!’: Rio Ferdinand leads praise for veteran’s ‘ILLEGAL’ assist for Rodrygo… which forced extra-time before Real Madrid beat Chelsea 5-4 in epic

Luka Modric has been at the heart of Real Madrid’s resurgence this year and played a starring role in helping them through to the Champions League semi-finals.

The Croatian ignited his side’s comeback, with Chelsea 3-0 up at the Bernabeu and heading through to the next round.

He stepped up and delivered an incredible ball over the top of the opposition defence with the outside of his boot, finding Rodrygo in stride. 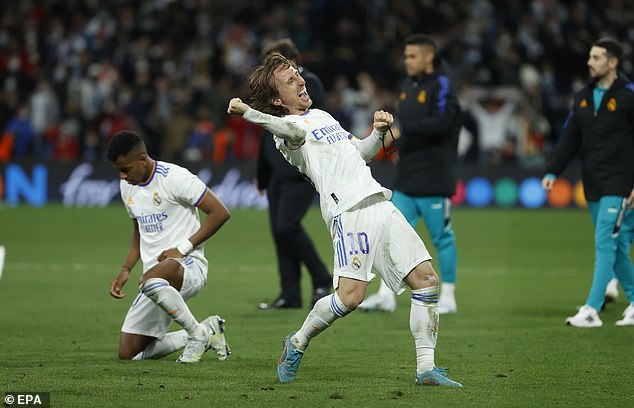 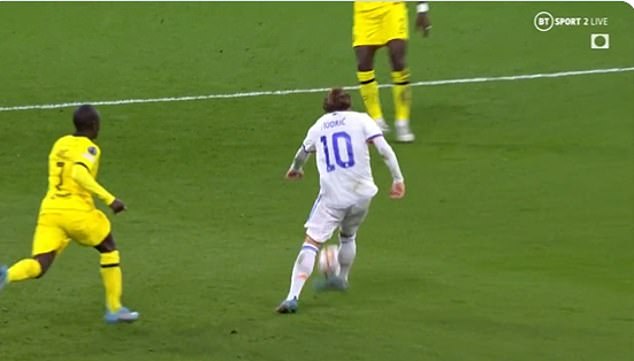 He couldn’t have placed it any more precisely and the Brazilian duly converted the volley to make it 4-4 on aggregate.

Mason Mount, Antonio Rudiger and Timo Werner had earlier put Thomas Tuchel’s men in charge of a tie many thought was beyond them after the 3-1 defeat at Stamford Bridge.

But Modric’s moment of brilliance helped launch Real back into it and the pundits in the BT Sport studio were enraptured.

Rio Ferdinand said: ‘This pass from Luka Modric is why I lost my voice today! That’s illegal, that. I was screaming, Luka, Muka, whatever his name was. Phenomenal.’

Steve McManaman added: ‘You could watch that Modric pass all day. Look at that. I mean, look at that. Forget the finish! It was just the pass.

Joe Cole reflected: ‘Beautiful pass, that’s what quality players can do for you.’

At 36, Modric shows no signs of slowing down and the 2018 Ballon d’Or winner is integral to Real.

He has helped them to the brink of the LaLiga title and can now look forward to a Champions League semi-final date with Manchester City or Atletico Madrid. 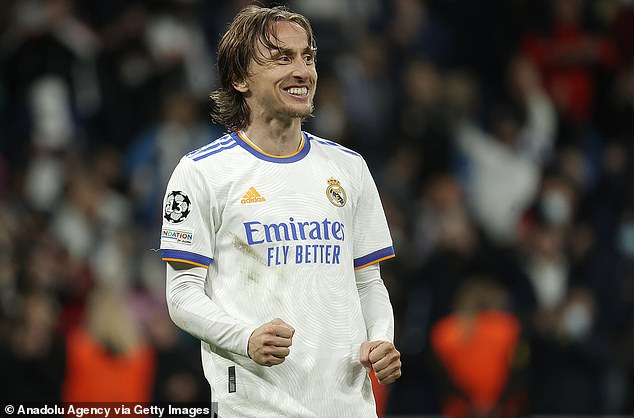 At the age of 36, Modric shows no signs of slowing down and can still create magic

After Wednesday night’s huge result, Modric told BT Sport: ‘Unbelievable to describe this game. We were dead until the goal we scored.

‘Chelsea scored three goals, maybe the first a bit lucky from a deflection. I can’t say we played badly. They used their chances well and scored the goals.

‘We didn’t give up. We kept believing, fighting and in the end showed huge character.

‘It was another incredible night, what a sweet tasting loss. We didn’t give up until the end.

‘Despite going 0-3, I don’t think we played a bad game. Another night of suffering, but the important thing is that we have qualified.’ 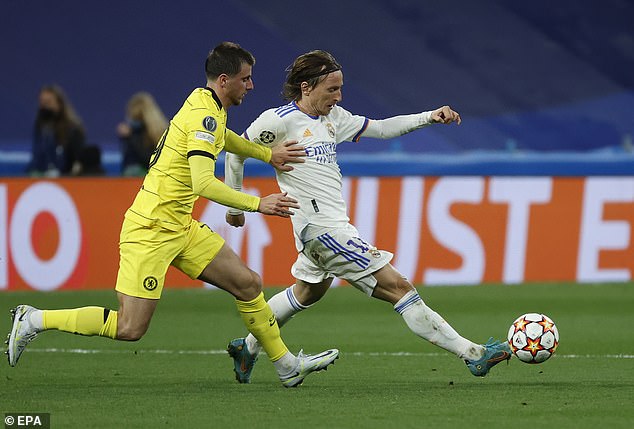 Modric added: ‘This stadium and the fans were very helpful when we were losing 3-0. They kept supporting us and it gave us a boost to keep believing.

‘The manager did great changes. They did well.

‘In this competition experience is playing an important role and I think today it helped us a bit. For me, they are the most difficult team to play against. they are a tough, physical team. We knew it would be tough.

‘In the end we showed great character, desire and togetherness to manage to turn it around. A defeat that is very sweet.’