MARTIN KEOWN: Mikel Arteta’s Arsenal are far from Manchester City copycats after a perfect start to the season… the Spaniard deserves full credit for setting the standards ahead of grudge match at Man United

Not since Arsene Wenger’s defending champions in 2004-05 has an Arsenal side started a season with five straight wins.

Back then, the Gunners would go into games with a plan to start strong, score early, and steamroll opponents into submission.

It feels as if Arsenal are trying to recreate that now under Mikel Arteta — and it has ignited a new-found belief among the squad and the fans, uniting a club that’s rebuilding its reputation. 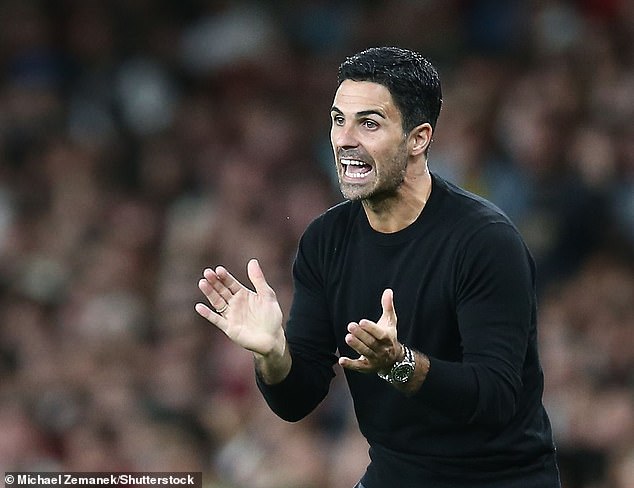 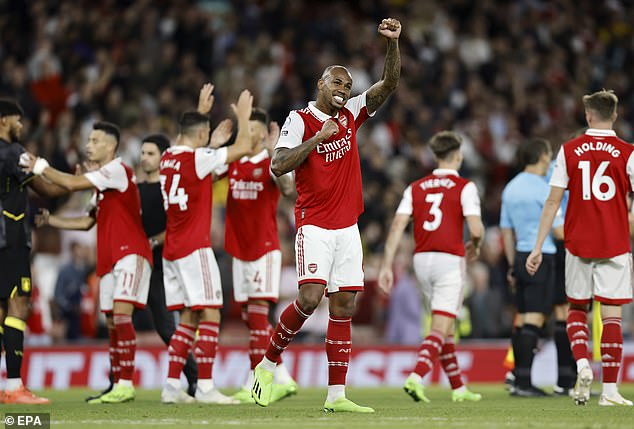 The Emirates atmosphere for their last two victories against Fulham and Aston Villa was electric, with the fans sensing they have a side who can compete with the best.

Manchester City are the team others aspire to be like and it’s a compliment that Arsenal are being compared to the champions in their style and shape. They’ve got some way to go before they come close to achieving what City have.

But they’ve got a manager in Arteta who spent three years at Pep Guardiola’s side and, by bringing in Gabriel Jesus and Oleksandr Zinchenko, he’s been able to fast-track some of the ideas he took from his time as an assistant.

The signings of Jesus and Zinchenko, along with the return of William Saliba after his three loan spells, have lifted Arsenal to a new level. 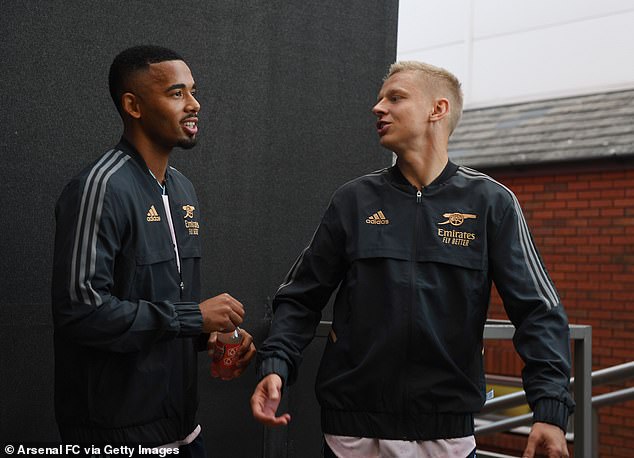 Combine that with the young talent which was flourishing last year, such as Gabriel Martinelli and Bukayo Saka, and Arsenal look a real attacking force.

Though they can be compared to City — and there are similarities — this is a team striving for its own identity. That starts with Jesus who, unlike at his old club, has been given the chance to play in his favoured position as a roaming striker. Credit must go to Arteta for that and he’s been the one, above everyone else, setting new standards at Arsenal.

Others benefiting from Jesus’s presence include Martin Odegaard, who is playing with a renewed confidence after taking the captaincy. His vision, creativity and finishing have all grown. 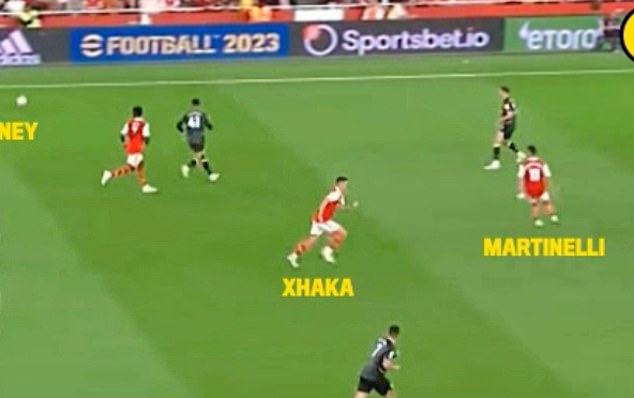 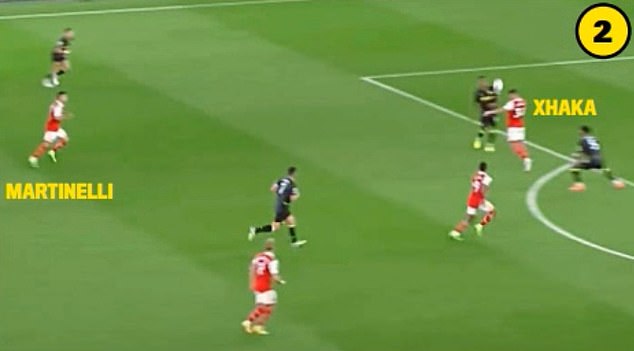 When he moves out to the right, he creates an overload and is at his most effective. On the right-hand side, Saka stays wide, almost fixed to the touchline. With that discipline, he pins back the opposition full back and that allows Odegaard to operate in the pocket of space created by his width.

Down the left-hand side, Zinchenko has been a revelation, though it is a sign of Arsenal’s strength in depth that Kieran Tierney was able to seamlessly step in at left back during his recent absence.

Without Zinchenko against Villa, Tierney was flying down the left flank, Martinelli was moving inside, and the reinvented Granit Xhaka was bursting forward to join the front line.

On one occasion, this movement resulted in Tierney crossing for Xhaka, who laid the ball off with a cushioned header for a textbook Martinelli strike that was saved by Villa goalkeeper Emi Martinez. 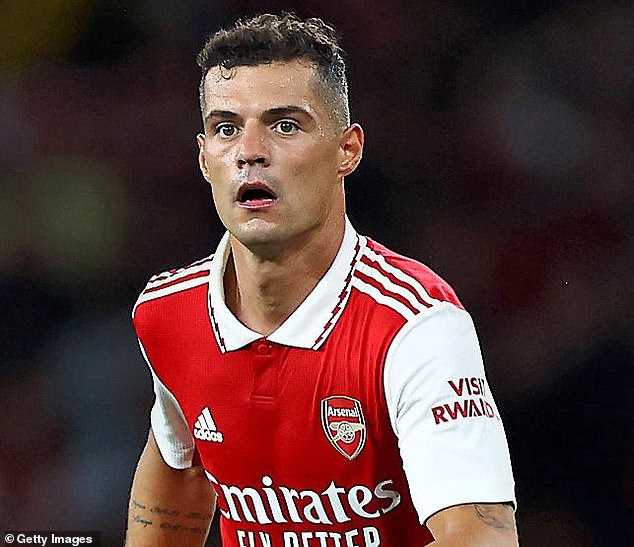 Down whichever flank Arsenal elect to attack, they have their ever-moving striker Jesus, who makes himself available to receive to feet or run in behind.

Old Trafford  hosts a match steeped in history on Sunday. Throughout my career, this fixture was forever significant, and it still is. Win and Arteta’s Arsenal will only enhance their reputation as a team who can challenge for the top four and maybe beyond.

For United, it’s about extending their mini revival. Significant changes have been made — it’s a very different team to the one who started the season with a home defeat by Brighton. 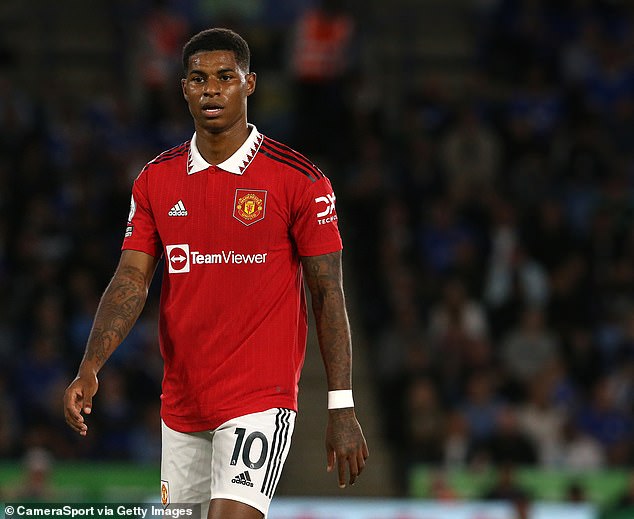 Positionally, Marcus Rashford has moved from the flank to the middle, Jadon Sancho has swapped wings, and Christian Eriksen is now in his rightful place in midfield rather than acting as a false nine.

In terms of personnel, Cristiano Ronaldo, Harry Maguire, Luke Shaw and Fred have lost their places, and now new boys Casemiro and Antony are waiting in the wings to come in.

Few fixtures can rival this one in English football, and as always, there’s a great deal riding on it for both teams.