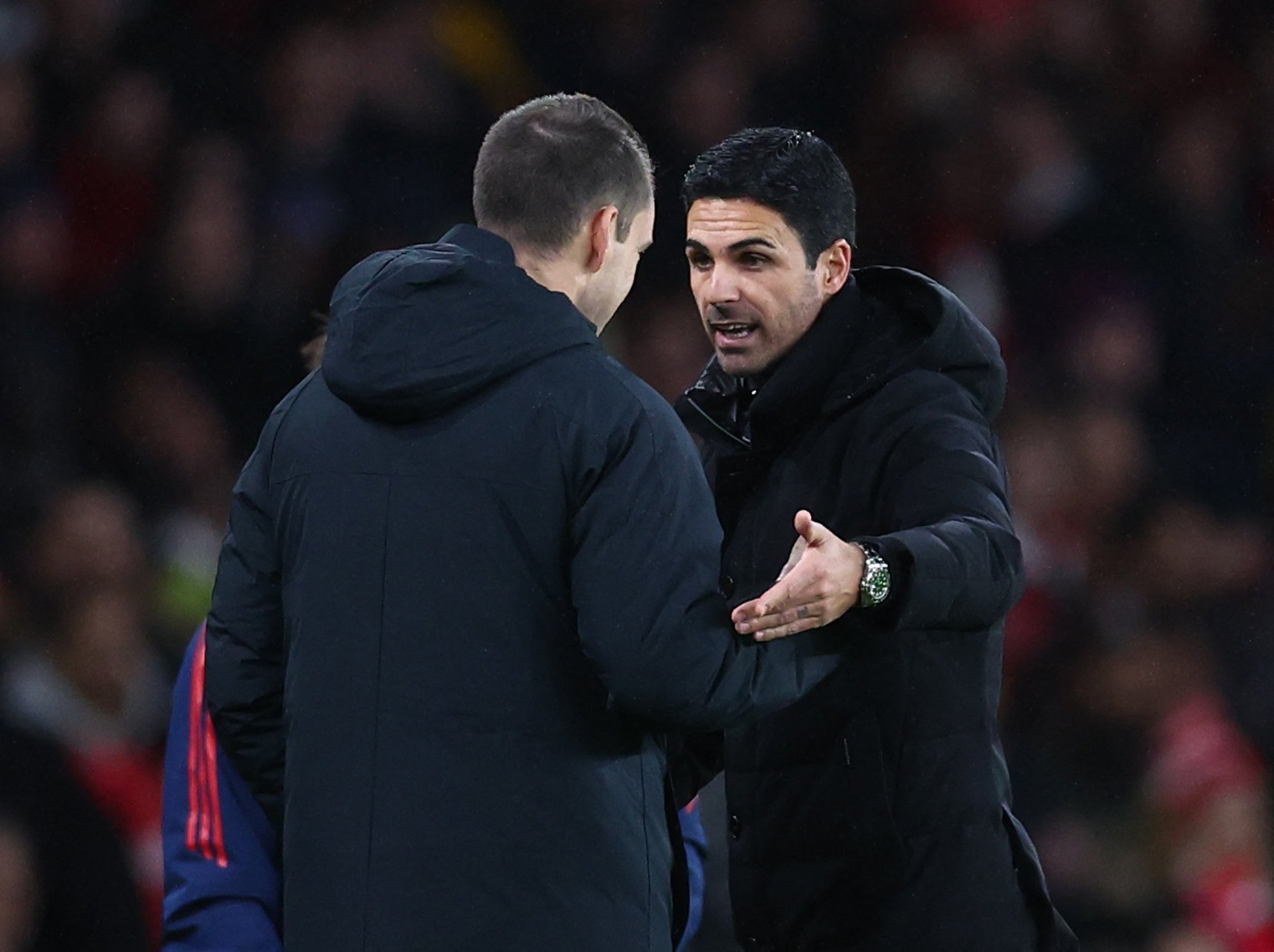 Mikel Arteta says Arsenal cannot afford to stand still in the January transfer window after being held to a goalless draw by Newcastle on Tuesday, while he played down his touchline antics.

The Gunners made an electric start to the contest but were frustrated by a stubborn Newcastle rear-guard, producing few chances of real note – though Arteta felt his side should have been awarded two penalties.

Despite needing a goal, Arteta only made one defensive substitution and did not bring on a fresh attacker, with the Spaniard making it clear to Arsenal’s board that he needs reinforcements.

Asked if the result might have been different had Arsenal been able to get their January business done sooner, Arteta replied: ‘I don’t know, it’s something more for Edu and the board to respond.

‘We are really trying to improve the squad in every window. This is no different.

‘We will try to do our best because we cannot waste any windows with the squad and the numbers that we have. But we will try.’

He echoed that message in another interview with Sky Sports, saying: ‘We had what we had. We have some injuries as well and in attacking areas we don’t have that many options but it is what it is. That’s something we always try to do to improve our team and every window is important.’

Arsenal have been pursuing Shakhtar Donetsk winger Mykhaylo Mudryk for some time but are yet to agree a deal, with their opening two offers both falling significantly short of the Ukrainian club’s £85million valuation.

During the match against Newcastle, Arteta often cut an animated and emotional figure – particularly after being denied a spot-kick for what would have been a very harsh handball – but he played down criticism of his antics.

Asked if the tension on the touchline helps or hinders his team, Arteta replied: ‘It’s a football match. It’s very competitive, the way we play, the way they play. We are close on the table and it’s like this. That’s the beauty of this league.’

Probed on whether there were times where he wanted the team to calm down, he replied: ‘I think the team was really composed.’

Asked if the referee had control of the game, Arteta added: ‘Well he has the whistle so he has control. I’m not here to talk about the referee, I’m sorry.’

After the handball shout, Arteta and Eddie Howe had a heated row but the Newcastle boss played down the incident afterwards, saying: ‘No issue at all. Mikel is a top manager and a top coach. I think he’s done an incredible job here and there were no issues between us.’