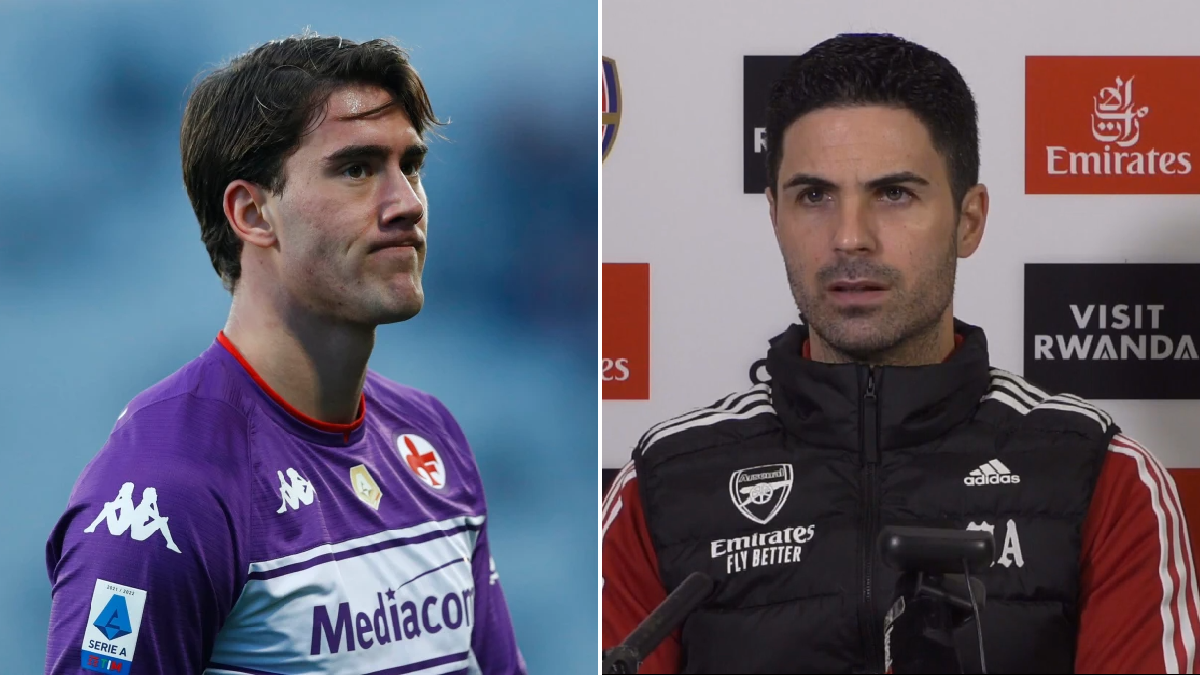 Mikel Arteta has rejected suggestions Dusan Vlahovic is not a realistic target for Arsenal amid claims the Fiorentina frontman is reluctant to join the Gunners.

Arsenal have made signing a new striker this month their top priority after banishing Pierre-Emerick Aubameyang from the squad, while Alexandre Lacazette and Eddie Nketiah are both out of contract in the summer.

Serie A top scorer Vlahovic – who has netted 16 times in the league this season – has emerged as their top target, though Arsenal may need to fork out in excess of £70million to land the Serb.

There have also been suggestions that the 21-year-old’s preference is to remain in Italy and he would rather join Juventus or Inter Milan over the Gunners, while some reports even claimed his agent was refusing to answer Arsenal’s calls.

But Arteta insists the best players in the world do still want to move to the Emirates and says the lure of joining a club of Arsenal’s standing remains a big attraction when trying to sign players of Vlahovic’s calibre.

‘And I can say that that situation hasn’t changed. So every time I have spoken to any player they were so willing to come.

‘I haven’t faced any other situation and that’s one of our biggest powers, and our capacity to get the attention of people to come and join our club is something that is a big advantage for us.’

Arteta refused to answer a direct question about Arsenal’s interest in Vlahovic but did say that the club are continuing to work hard behind the scenes to explore opportunities to strengthen the squad this month.

Asked about the Fiorentina star, he replied: ‘I’m really sorry to disappoint you but you know I am not going to be discussing any transfer rumours. I’ve never done it and obviously we cannot do it.’

On whether he is hopeful of adding new players this month, Arteta continued: ‘What I really want this month is that we have as many players as possible fit and healthy and we do the best and maximum that we can with those players.

‘And after that we have a strategy of how we want to evolve and improve the team and whenever that is possible we are going to try to do it. But we all know that this market is extremely difficult.’