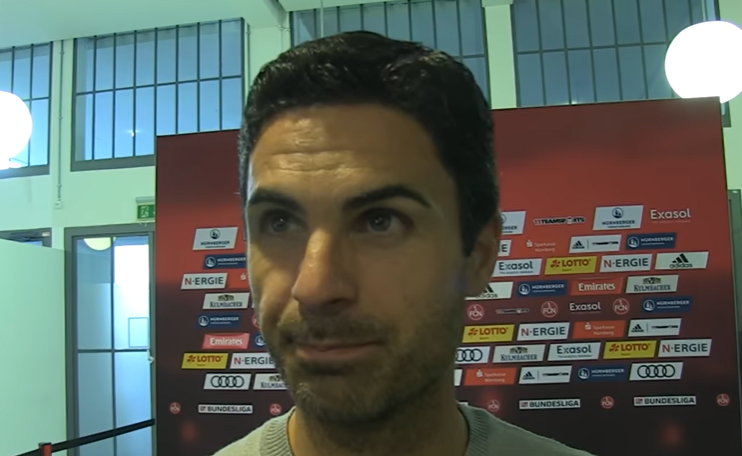 Mikel Arteta revealed Arsenal are hopeful of making further signings during what remains of the transfer window, but refused to confirm whether Youri Tielemans was on his transfer wishlist.

The Gunners have enjoyed a productive start to the summer with Gabriel Jesus, Fabio Vieira, Matt Turner and Marquinhos bolstering a squad that narrowly missed out on Champions League qualification last season.

Jesus made the perfect start to his Arsenal career on Friday night, scoring twice, the first arriving within 90 seconds of his introduction as a second half substitute, as Arteta’s side opened their pre-season campaign with a 5-3 win over Nurnberg.

Arteta is keen to add to a midfield engine room which relied heavily on Granit Xhaka last season and Tielemans has been heavily linked with a move from Leicester City.

The Belgium international has entered the final year of his contract and is said to be keen on a move to the Emirates Stadium.

Manchester United, who are equally keen for midfield reinforcements, are also monitoring the former Monaco player’s situation with Erik ten Hag requiring replacements for the likes of Nemanja Matic and Paul Pogba.

Arsenal are also in competition with United for the services of versatile Ajax defender Lisandro Martinez and Arteta admitted his club are still active in the market.

He said: ‘There are more things that we would like to do if we can but the market will dictate what we can do, but so far we are happy with what we have done.’

Asked specifically about Tielemans, he added: ‘We never talk about players that are not ours.

‘As I said before we can improve the team, we are still in the market and are going to try to do it, but we are not going to go to any specific names.’