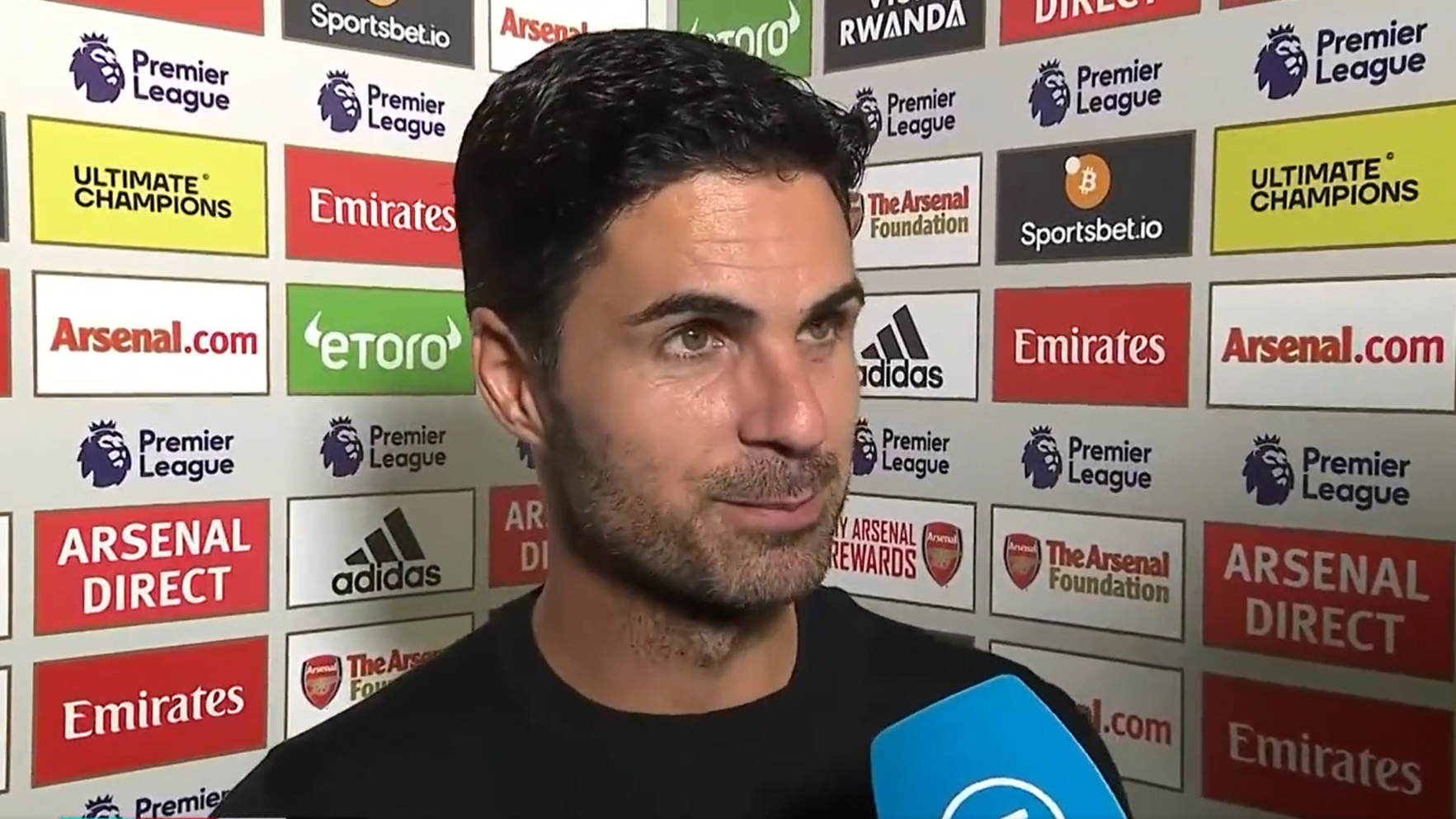 Mikel Arteta admits Arsenal are ‘looking at options in the market’ as they consider signing a new midfielder on deadline day.

The Gunners have enjoyed a sensational start to the Premier League season and won their sixth game in a row on Wednesday start, beating struggling Aston Villa 2-1 at the Emirates.

Aston Villa equalised after the break thanks to Douglas Luiz’s corner but Arsenal were back ahead just three minutes later as Gabriel Martinelli turned home Bukayo Saka’s cross.

While Arteta was ‘delighted’ to see his team extend their perfect start to the season, the victory came at a cost as Martin Odegaard hobbled off with 10 minutes remaining.

Arsenal are already dealing with injuries to Thomas Partey and Mohamed Elneny and Arteta has suggested the club will look to make a deadline-day move to compensate for the setbacks in his midfield.

Asked whether Arsenal’s recent injury problems could influence the club’s transfer strategy on deadline day, Arteta said: ‘Obviously it has an impact because Thomas [Partey] and [Mohamed] Elneny are injured and we’re a bit short in that position.

‘We have Sambi [Albert Sambi Lokonga] and players like Granit [Xhaka] who can play there. We are looking at options in the market.

‘The club has been super supportive to improve the squad. If the right player is there and we can do it, we will try.’

Arteta was speaking after his Arsenal side won their fifth successive Premier League match, beating Aston Villa 2-1 at the Emirates.

The Gunners boss added: ‘I was very pleased especially in the first half. We were really dominant and at it and created chance after chance.

‘The regret is that we didn’t score four or five. In this league you never get two halves exactly the same and I think we responded really well in key moments to show character and resilience to win the game.

‘It is about cohesion, understanding and chemistry. You can see the way they link and threaten.

‘The atmosphere is incredibly helpful for the team. We are winning games and deserving to but there are still a lot of things we can do better.’