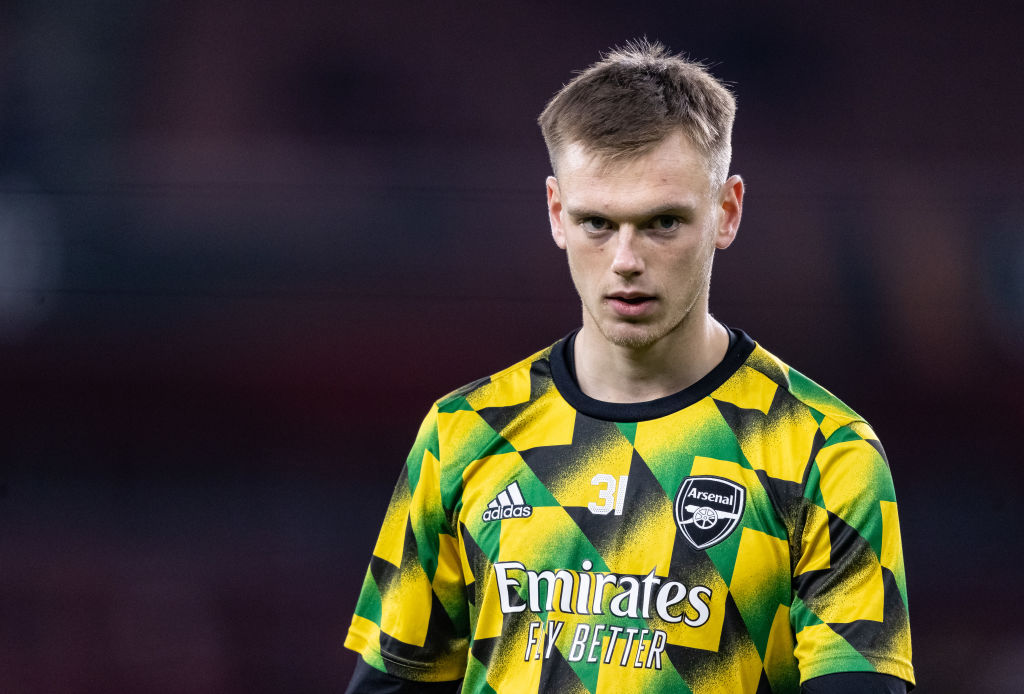 Mikel Arteta has defended picking debutant goalkeeper Karl Hein as Arsenal crashed out of the Carabao Cup at the hands of Brighton on Wednesday night.

After Eddie Nketiah opened the scoring, the Seagulls hit back with three goals from Danny Welbeck, Kaoru Mitoma and Tariq Lamptey to inflict Arsenal’s first defeat at the Emirates of the season.

Arteta made 10 changes from the Gunners’ last game, most notably handing 20-year-old Hein his debut ahead of No.2 keeper Matt Turner who was left on the bench.

It was a decision that would prove very costly with the Estonian slipping while trying to collect the ball, subsequently fouling Welbeck and giving away a penalty, which former Gunner Welbeck converted.

He could do little about Brighton’s second goal but ought to have done better with the third.

In his post-match press conference Arteta was questioned over his choice to pick the inexperienced Hein, but he defended his decision.

The manager said: ‘I think he [Hein] deserves the chance. He’s the first goalie of the national team and at his age that’s not usual.

‘If I have to play him tomorrow again I would. Errors are part of football.’

It was a deeply disappointing night for Arsenal in the end, as they lost for just the third time this season across all competitions.

‘The view is that the result doesn’t reflect what happened on the pitch I think it’s clear,’ Arteta added.

‘In moments where we clearly on top of the game we didn’t take our opportunities. There was a big difference between efficiency in both areas and we paid a big price for it.

‘It’s a shame for the boys because I think they really tried and we should have scored two or three in the second half. I would select the same players if I had the opportunity again.’