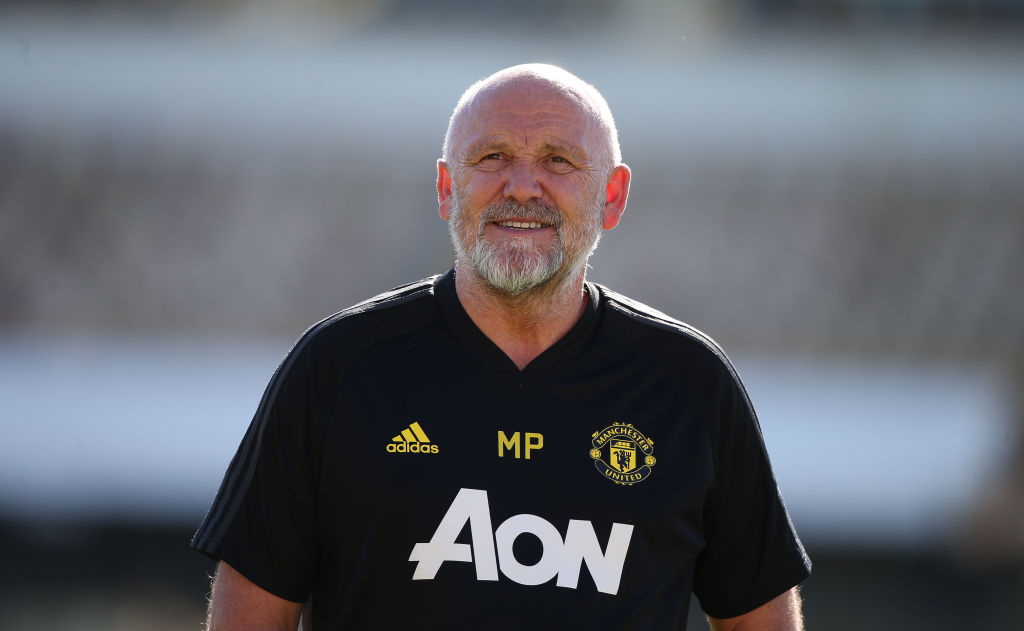 Mike Phelan personally recommended that Manchester United sign Jude Bellingham while the teenager was still at Birmingham but he opted to join Borussia Dortmund instead.

Bellingham attracted interest from a host of Premier League clubs at the start of 2020 and United rolled out the red carpet to try and convince him to move to Old Trafford.

The youngster was invited to the club’s Carrington training ground along with his parents, with Sir Alex Ferguson even meeting them, but he felt his development would be best served in Germany.

According to The Athletic, it was Phelan who instigated United’s pursuit of Bellingham after watching him up close when Birmingham took on West Bromwich Albion.

Dortmund paid around £25million when they signed Bellingham 18 months ago, but after appearing in the knockout stages of the Champions League and becoming a regular in the England squad, he is now believed to be worth in excess of £90m.

Bellingham was offered an immediate place in the first team with Dortmund – something United could not match – while he had also seen how quickly Jadon Sancho progressed after moving to the continent.

Ironically, United are now crying out for a player of Bellingham’s ilk as they look to bolster their ailing midfield, with the BVB star on their wish list along with the likes of Declan Rice and Ruben Neves.

Phelan was a huge fan of the rangy teenager’s ability, having scouted him when he was just 16 years old, and he is likely to be tasked with unearthing similar gems from the lower leagues in his revised role at United.

No longer such a prominent figure in the dugout, Phelan’s remit now includes recruitment where he intends to use a personal touch to run the rule over targets and lure them to Old Trafford.

Explaining his approach to recruitment, Phelan told The Athletic: ‘Technology brings a bit extra. I’ve got to that point in my career where my eyes don’t deceive me. As long as my eyesight is good, I can see what’s going on.

‘There are a lot of people now within the game, because the game can afford it, (for whom) analysis is big: iPads, computers, they all play their part. But a computer has never won a game of football.

‘It is useful but it doesn’t give you a feel for what’s actually going on. It’s easier to present those numbers to a player — kids today understand that world, they want to see how far they’ve run and everybody buys into that. A midfield player now in the Premier League has got to run 14 kilometres, 15 kilometres, which is enormous. But I’ve still got it in the back of my head — why? Why have you got to do that if you can play in a team? Does it get you the outcome you want? Not always.

‘Stats can give you evidence. I prefer to see it. I’m still pen and paper. I’m not on a laptop, press a button and it all comes up to you. I can get somebody to do it.’