MICAH RICHARDS: Patrick Vieira has ALL the traits to be the next Pep Guardiola… his philosophy matches and his leadership skills engage top players – he HAS to be in the conversation at Man City

The moments before the 2011 FA Cup semi-final were tense and Manchester City’s dressing room was filled with a nervous energy.

Things were not as they normally were and something needed to happen before we headed out to face Manchester United. Up stepped Patrick Vieira. ‘Everyone be quiet,’ Patrick ordered.

A few of the lads looked at each other as if to say ‘what is happening?’ but soon everything became clear. Patrick had been with us for 18 months; he was approaching the end of his playing career but the fire was still burning inside him. He was about to show the traits that set him apart. 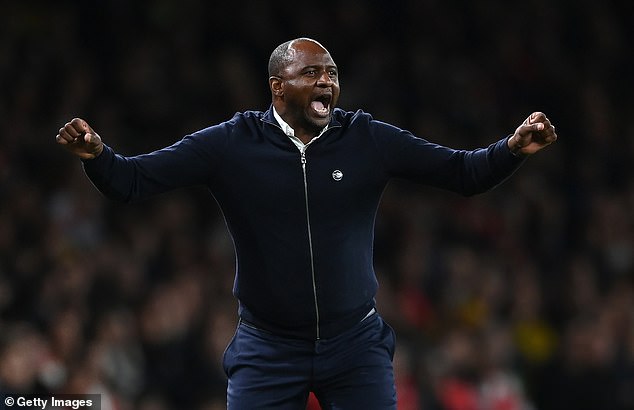 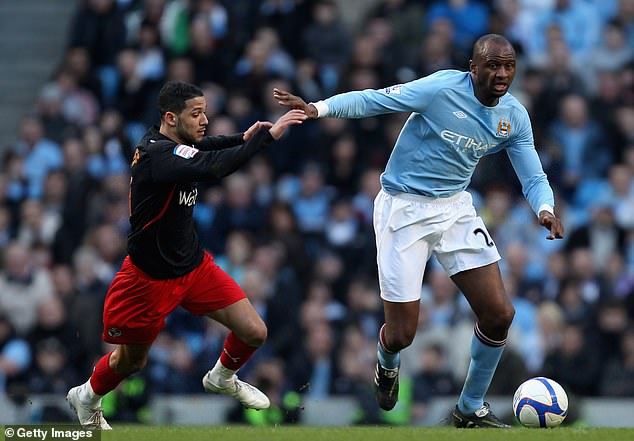 ‘So many times we’ve been overlooked; they talk about us as being a money club – put that noise to one side,’ he said. ‘You are top players but this is where you become great players and make your name. Do not come off the pitch with regrets. If we leave everything out there, I promise you win.’

You could have heard a pin drop as he spoke but there was bedlam when he finished. His speech made the hairs on the back of my neck stand up, I will remember it for the rest my life. We went on to beat United 1-0 and then lifted the Cup a month later, beating Stoke by the same score.

I tell this story to give an insight into the potential Patrick has now he is a manager. He returns to City on Saturday in charge of Crystal Palace and should his managerial career continue to progress the way I hope it will, I see no reason why his name wouldn’t at least be in the conversation as a potential successor to Pep Guardiola.

Admittedly Palace have only won one of their nine Premier League fixtures so far, and I can therefore understand why some may question why I believe Patrick has the credentials to be in the conversation for what is now one of the biggest jobs in world football.

Let me explain. I saw at close quarters how he adapted when City put him in charge of the Under-23 squad. He wants his teams to press high up the pitch but he also wants his defenders to be able to play out from the back and that philosophy fits in with the club’s vision.

There is, however, so much more to it than a playing style. Patrick is someone you want to follow into battle. Sometimes when older players turn up at club, they don’t always get the respect they should from younger members of the dressing room but that never the case with him at City. 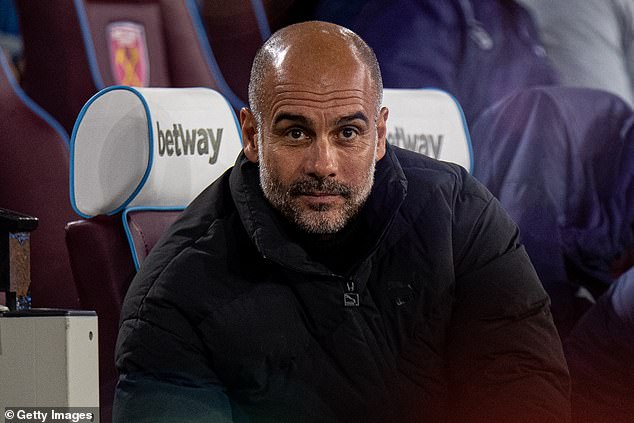 Patrick was Roberto Mancini’s first signing and his contribution in those early years sometimes gets overlooked. He was absolutely horrible in training, he never spared you in a tackle but to have him as a team-mate was an education.

If you asked him to do something for you, he never let you down. So if he asked you to do something in return, you felt obliged to do the same. I read something about Eberechi Eze, the Palace winger, saying he was overwhelmed when he first met Vieira and I get what he means.

This is no ordinary footballer. Patrick, like Steven Gerrard at Rangers, commands immediate respect for all that he achieved. Young players now will have grown up idolising them and, on his reputation alone, they will want to run through a brick wall for him.

He is as hard as nails in a battle but he is also cool, calm and collected and that attitude made a big impression on people such as Khaldoon Al-Mubarak, City’s chairman and Brian Marwood, City Football Group’s Managing Director of Global Football, who were instrumental in handing him the opportunity of overseeing the Manchester City under-23 side.

Sometimes the best managerial appointments are those who know a club inside out before they take charge. Look at Guardiola at Barcelona – his only experience before being unveiled in 2008 was with Barca’s B team but, given what he had accomplished as a player, the role held no surprises.

I understand, of course, that some will be sceptical about him and will simply look at how he was sacked by Nice after a run of five consecutive defeats last year. 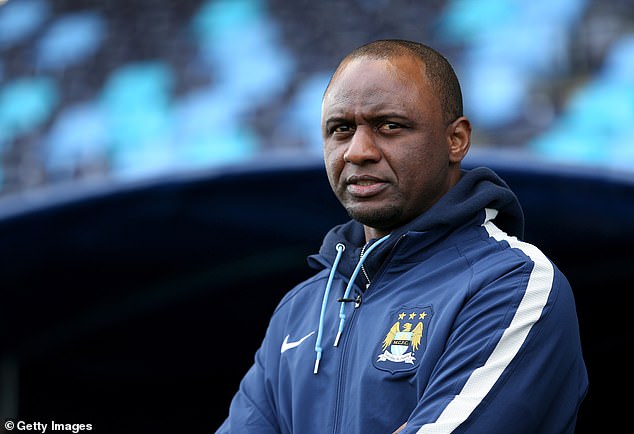 Having spent time at Man City as an under-23 coach, he understands the club’s philosophy

To that I would argue the landscape changed during that job and financial constraints meant he had to sell his best players, one of whom was Allan Saint-Maximin to Newcastle.

When Palace appointed him on the back of that job, plenty of judges would have had them down as being relegation candidates particularly as they had lost so many senior players and Roy Hodgson’s steady hand was off the wheel.

Say what you like about Hodgson but he guaranteed survival.

Not for one minute did I consider Palace to be relegation candidates and nothing I have seen in these opening three months has made me think my gut feeling was wrong. Conor Gallagher, on loan from Chelsea, has caught my eye.

I just hope Palace turn these draws into wins – they should have beaten Arsenal and Brighton – as there will come a point in the campaign when things are more challenging and teams in the bottom half can lose confidence when they don’t get results.

The man who is leading them, though, will not lose confidence. Whatever happens at the Etihad on Saturday, Patrick Vieira is going places. Who knows? One day his journey might bring him back to Manchester again.

Plenty has been said after last Sunday’s remarkable game between Manchester United and Liverpool. If I’m honest, I’m still in shock about what I saw. There is nothing new to add about Ole Gunnar Solskjaer.

My first column of the season, on August 14, was all about how there were no excuses for him and he had to produce results. With each bad scoreline since, the pressure has only intensified. That won’t change.

It’s not fair, however, to make him solely to blame for all that is going wrong. In these circumstances, the players have to look at themselves and I noted what Marcus Rashford said in midweek about how he felt after the 5-0 thrashing. 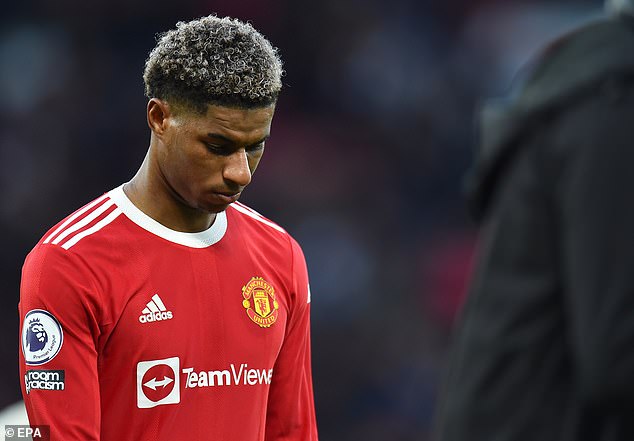 I remember playing for Aston Villa when a Liverpool side, managed by Jurgen Klopp, beat us 6-0 at Villa Park. I couldn’t sleep for three days after it and the frustration of being hammered so badly at home is intolerable.

Professional footballers all have pride and the pride of every United player has taken a battering over the last six days.

They dare not repeat that performance against Tottenham on Saturday night. They owe to it everybody – especially their manager – to put things right.

MICAH’S… MAN OF THE WEEK

Who says the Carabao Cup means nothing?

The look on David Moyes’ face on Wednesday after West Ham had knocked Manchester City out on penalties was priceless and continued his team’s outstanding start to the campaign.

West Ham have tried lots of things during the last 10 years in an attempt to make themselves a force but Moyes is showing himself to be the manager they have yearned for.

He has integrated flair players with hard work and his team are entertaining to watch.

Moyes is an excellent manager and those eight months at Manchester United will never define his career. If West Ham could go all the way in this competition, there would be no more deserving winner than him. 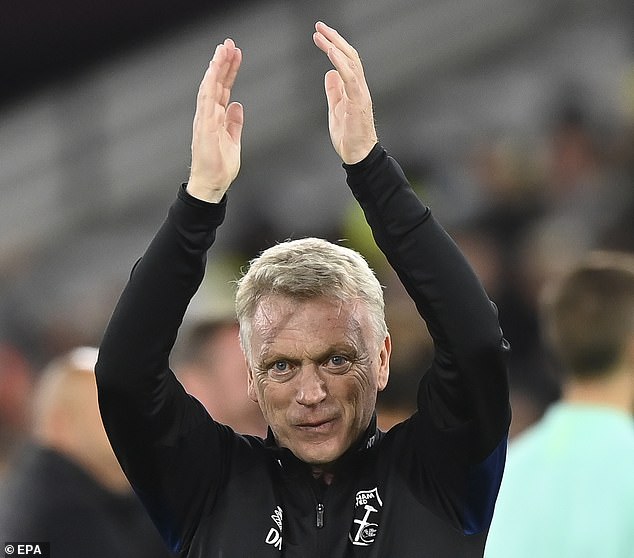 If West Ham win the Carabao Cup, there would be no more deserving winner than David Moyes