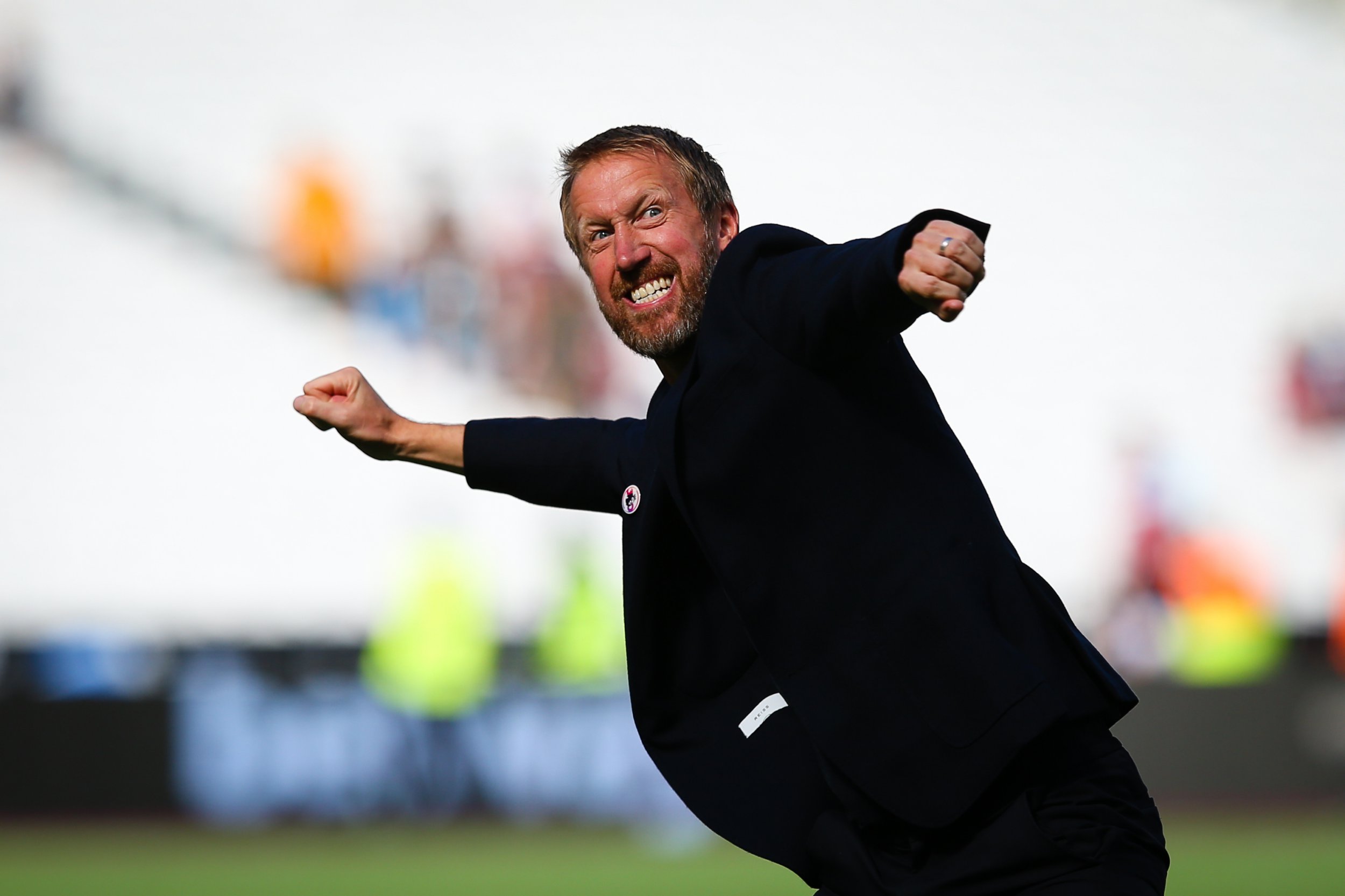 Paul Merson believes Manchester United should have appointed Brighton boss Graham Potter and that Chelsea is a bad move for the Englishman.

Potter was in London yesterday to hold advanced talks with Chelsea and he’s believed to have verbally agreed to replace Thomas Tuchel at Stamford Bridge.

The 47-year-old has worked wonders on the south coast by transforming Brighton’s style of play since replacing Chris Hughton and the Seagulls are currently fourth in the table, having taken 13 points from their first six matches this term.

Potter has waited patiently for the right opportunity to progress his career and he held talks with Tottenham 18 months ago over replacing Jose Mourinho.

He was then linked with replacing Ole Gunnar Solskjaer at Old Trafford earlier this year, before United opted for Erik ten Hag.

And Merson feels a move to Old Trafford would have been better for Potter, as he’s unsure whether Chelsea’s ‘philosophy’ fits with the Brighton manager.

‘I like Potter. I think he is a good manager. Apart from Manchester City, the best team I saw at Stamford Bridge last season was Brighton. They were unbelievable. Potter makes teams better. He improves players,’ Merson told SkySports.

‘These are internationals with a million caps between them. You just have to look after them. You don’t have to teach them the game. It is horses for courses.

‘Potter would find players and make them better. He is a project manager. Give him five years and he will rip it up. That is not Chelsea’s philosophy. Chelsea’s philosophy is to go out and buy the best players. I just do not see it at Chelsea. He could be out of a job in a year.

‘The way Chelsea are, the way it is run, how long are you going to be in the job for? They won the Champions League last year. They lost two cup finals on penalties this year.’