‘Arsenal have got EVERYTHING to lose’: Paul Merson insists the North London derby is crucial to the Gunners’ hopes of winning the Premier League title – as he says they must be ‘at their best’ to beat rivals Tottenham

Paul Merson has said the result of the North London derby will have a significant bearing on the Premier League title race.

And former Gunners star Merson insists Mikel Arteta’s men have ‘everything to lose’ in the game – but he backs them to win the title if they get four to six points from upcoming clashes with Spurs and Manchester United. 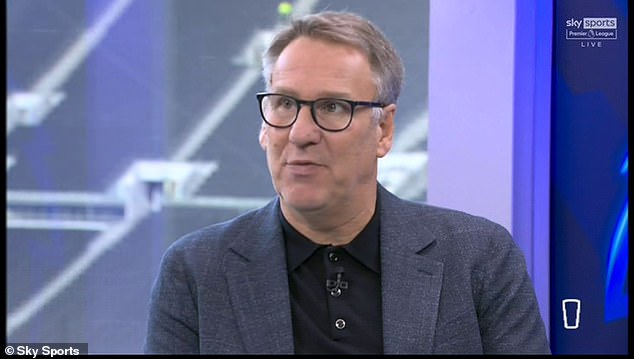 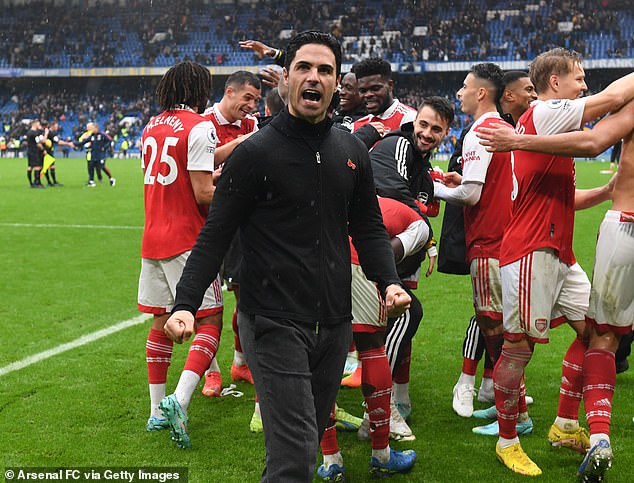 He said: ‘I think the next two games are massive for Arsenal. If they get four-six points in their next two games, I’m a believer, but if they lose today it all changes.

‘This is a big test… Arsenal have got everything to lose. They’re up against the best centre forward in the business (Harry Kane), they’ll have to be at their best.’

Fellow pundit Jamie Redknapp added: ‘It’s been an incredible season, with what Brighton, Brentford, Fulham are doing. Its tough to go away and get three points at the moment. It’s a massive afternoon for Tottenham.

‘Everyone expected Chelsea and Liverpool to be in the top four, now that’s opened up. Today will be different. Arsenal have gone to another level and Tottenham still have a lot of questions. This is the sort of game that could turn this season around.’ 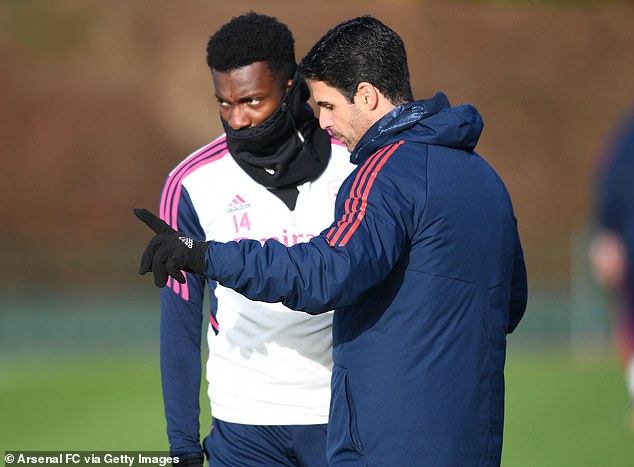 Striker Eddie Nketiah, 23, is poised to lead the line for Arteta’s side in the long-term absence of Gabriel Jesus through injury.

And Merson, while admitting Arsenal need to sign more players in the January transfer window, backed Nketiah to improve with game time.

He concluded: ‘Every week that goes past he will get better. Playing in the Premier League, it’s the only way you improve.

‘Playing up front, you’re only as good as the people around you, and if you give him chances he will score goals. He hasn’t let Arsenal down – but he’s got two big tests coming up.’