Memphis Depay is likely to turn down a transfer to Newcastle despite interest from the Saudi-backed Premier League club, according to reports in Spain. The Barcelona star is also wanted by Tottenham and former club Manchester United.

Red Devils flop Depay has enjoyed a successful career since departing Old Trafford in 2017. He became a key player for Lyon and earned a move to Barca last summer.

The La Liga outfit could need to sell the Dutchman as they continue to reduce their wage bill, though. The arrivals of Raphinha from Leeds and Robert Lewandowski from Bayern Munich mean that Depay could be surplus to requirements.

Several Premier League clubs have been linked with a deal for the 28-year-old, who endured a torrid three years at United earlier in his career. Newcastle, Spurs and Erik ten Hag’s Red Devils all maintain an interest.

JUST IN: West Ham in advanced talks with Scamacca after Arsenal transfer rumour 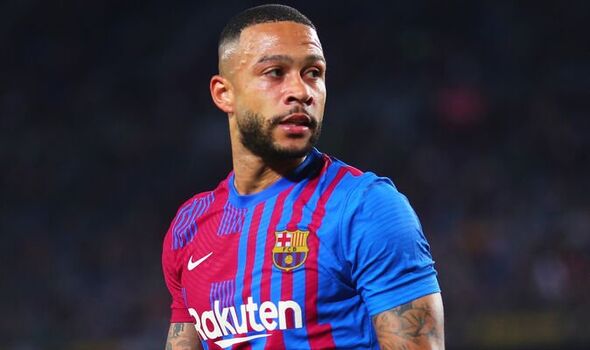 According to Spanish publication Sport, Depay would prefer a move to a club where there is a ‘project’. He has already rejected Spurs and is likely to turn down any approach from Newcastle.

It is unclear if he would return to Man Utd but the club is in a far different state to when he left. Depay was signed by Louis van Gaal but struggled to adapt to English football, before falling out of favour under Jose Mourinho.

The former PSV prodigy made just 53 appearances for United across three years but excelled at Lyon before his move to Barca. He scored 13 goals in 37 appearances for the Catalan outfit last term. 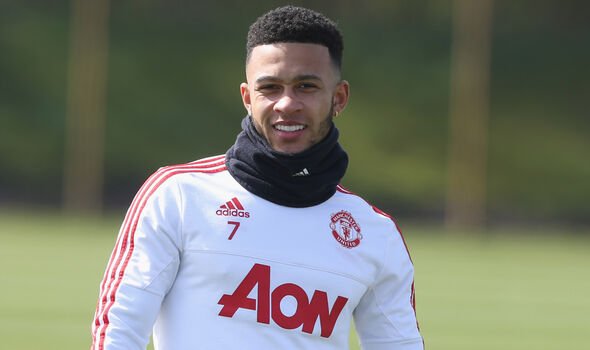 United have been linked with several forwards and could consider their options before trying to sign Depay. They might also need assurances from Cristiano Ronaldo about his future ahead of a move for a new forward.

Meanwhile, Depay’s stance is a further blow to Newcastle, who have endured a frustrating transfer window. Eddie Howe is yet to sign a forward despite the club’s vast wealth under the Saudi Arabian Public Investment Fund.

The Magpies were turned down by Hugo Ekitike, who has joined Paris Saint Germain on loan from Reims. Howe has welcomed three new players for a combined fee of around £60m.

Goalkeeper Nick Pope has been signed from relegated Burnley. Newcastle also splashed out £33m to bring defender Sven Botman from Lille, while left-back Matt Targett’s loan from Aston Villa was made permanent.