After scoring in Thursday’s 3-1 win over Burnley, Manchester United midfielder Scott McTominay said the team needed to go back to basics and cast aside the negativity around the club.

The Scotland international was one of the brightest for interim manager Ralf Rangnick in the win over the Clarets, opening the scoring and then blasting a shot against the post which was turned in by Cristiano Ronaldo.

All the goals came in the opening 45 minutes before a low-key second half and McTominay felt the first half was the best they had performed under the German, who had been critical of the display in Monday’s 1-1 draw at Newcastle. 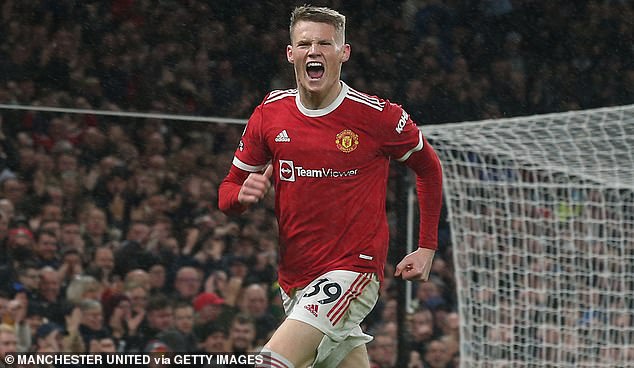 ‘Probably first half as a team was (the best display under Rangnick). We were a bit flat in the second half for whatever reason. We need to get that for a full 90 minutes, which we haven’t really had this year,’ he said.

‘But we are learning and adapting. The game against Newcastle was difficult and we have to bounce back from that. The manager said we set the record for the most amount of turnovers in the league. We had to keep the ball better.’

Rangnick had also highlighted some of the non-tactical aspects that had concerned him with the display. 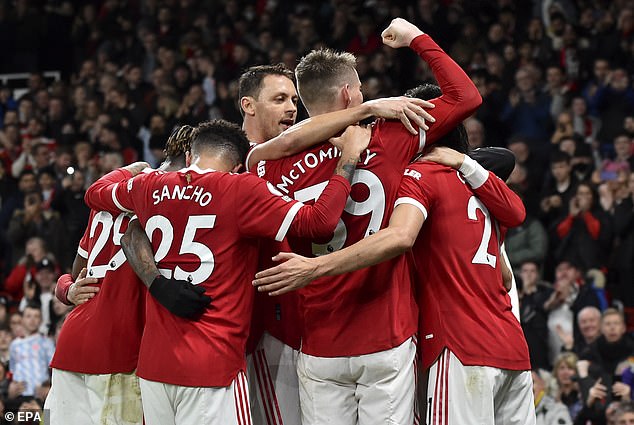 ‘Body language is one thing and the manager has come in and said he wants to cut that out, so that is final. We have taken it on board,’ he said.

McTominay, who has spent much of this season in a holding midfield pairing, was more of a presence in United’s attack and seemed to relish that more advanced role.

United as a collective need to step up their game though if they are to compete for a top-four place and a trophy in the second half of the season.

‘If we are not running and competing in the first 15 minutes it is going to be difficult, no matter what the quality of our forward players.

‘We want to enjoy football, there is too much negativity, and if you enjoy it you will end up playing well,’ he said.