Maurizio Pochettino, son of PSG boss Mauricio, wants to stay in England next season after being one of 27 players released by relegated Watford

Maurizio Pochettino is looking for another club after leaving Watford.

The 21-year-old son of Paris St Germain coach Mauricio, joined Watford from Tottenham in 2021 and wants to continue his career in England.

Though he was born in Spain, Pochettino Jr counts as a homegrown player owing to the time he has spent in this country. 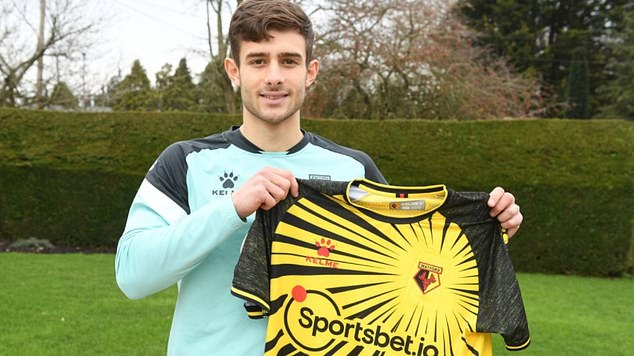 He was initially with Southampton’s academy before moving to Spurs then Watford where he made his first team debut against Brentford in May last year.

Although a winger, Pochettino has played at wing-back and appeared regularly for Watford’s U23s.

Technically good, club staff believe he could also be utilised as a playmaker in the No 10 role. 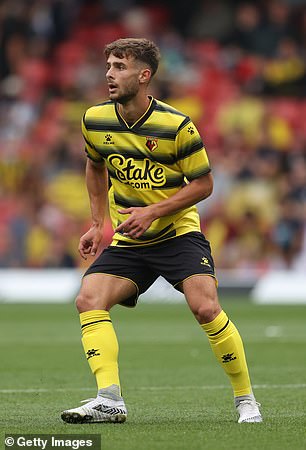 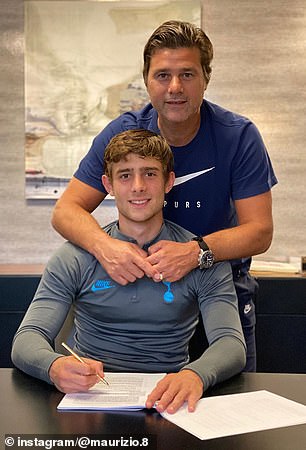 Watford announced the exits of 27 players from Vicarage Road on Tuesday following their relegation to the Championship.

Goalkeeper Ben Foster, 39, and Jamaican international striker Andre Gray, who is attracting interest from Cardiff City, Reading and Birmingham are also on the list of players to depart.

Centre-back Nicolas Nkoulou has left as has midfielder Juraj Kucka.