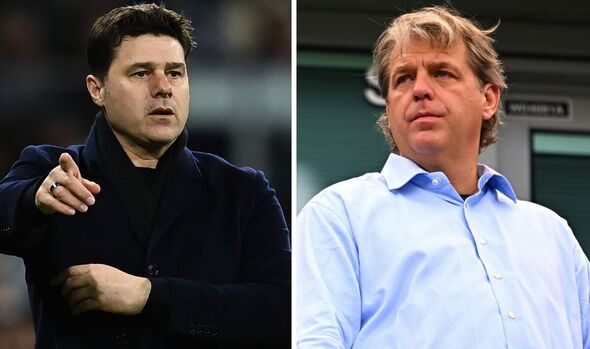 Mauricio Pochettino has reportedly indicated that he’s prepared to take over at Chelsea should Graham Potter face the sack at Stamford Bridge. Chelsea are languishing down in 10th in the table and are already out of both domestic cup competitions following their disappointing 4-0 defeat to Manchester City.

They’ve picked up just one win from their last eight league matches and are as close to the relegation zone as they are the top four. It’s led to increased pressure on Potter to turn things around, just months after he came in as Thomas Tuchel’s shock replacement.

He still reportedly has the support of Chelsea owner Boehly, who believes Potter can be the man to lead them into the future. But The Sun report Chelsea could have a sudden change of heart if results don’t pick up by the end of the month.

The Blues take on Fulham, Crystal Palace and Liverpool in their final three games of January. All eyes will be on Chelsea to see whether they’re able to rediscover some form.

And Pochettino too could be keeping a close eye on the west London outfit. It’s being reported that Pochettino is ‘waiting in the wings’ for a phone call from Chelsea should Potter be sacked.

The Argentine coach is said to have some reservations due to his affiliation with Tottenham and their rivalry with Chelsea. But the report indicates that Pochettino would be willing to put his allegiances to one side to take the job at Chelsea.

Potter’s hopes of turning things around will start on Friday when they take on Fulham. Injuries have taken their toll on Potter’s squad, but Potter isn’t looking for any excuses.

“In terms of the Premier League, we have lost four matches – to Newcastle away, when we had nine players unavailable, we lost 1-0 to Arsenal, we lost on a bad day to Brighton and we lost to Manchester City,” he said. “We have also drawn to Manchester United and Brentford so the results in a small space of time aren’t positive.

“You can make excuses and look for reasons or say it isn’t good enough. Both of those answers are correct. We have to keep improving and stick together because clearly we are suffering as a football club and it’s not nice at all. But that’s where we are at the moment.”