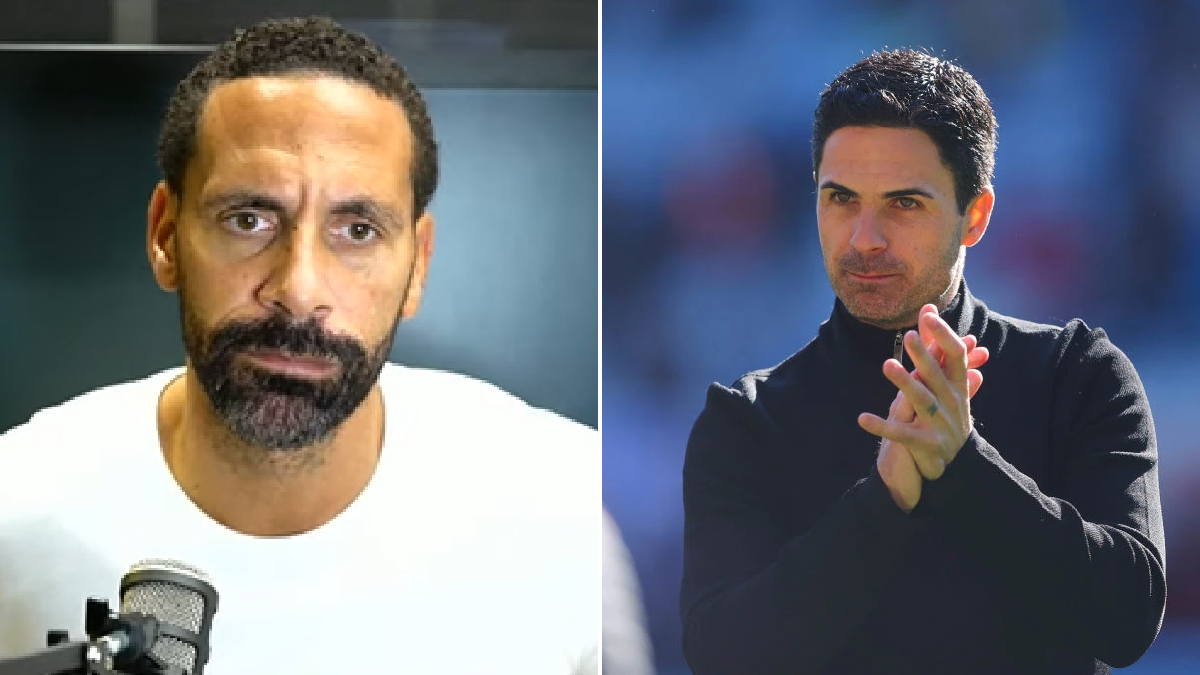 Manchester United legend Rio Ferdinand has predicted more misery for Arsenal ahead of their must-win Premier League clash with Chelsea.

Arsenal’s season is threatening to implode with the Gunners losing their last three games without scoring a goal to slip to sixth in the Premier League, three points behind fourth-placed Tottenham.

Only last month Mikel Arteta’s side were the favourites to finish fourth and qualify for next season’s Champions League, but three successive defeats to Crystal Palace, Brighton and Southampton has handed Arsenal’s top-four rivals a major boost.

The Gunners will lose further ground in the top-four race if they fail to beat European champions Chelsea at Stamford Bridge on Wednesday night.

Chelsea go into the fixture having secured their place in the FA Cup final at the weekend with a 2-0 win over Palace at Wembley.

‘Can Arsenal turn it around? I don’t know, it’s been a bad couple of games for them. Chelsea look to be back in form, got themselves in the final. Wow, I don’t see Arsenal getting a result there.’

Arsenal squandered a number of chances at St Mary’s on Saturday to slip to another costly defeat.

Arteta said: ‘It’s a real worry. We’ve lost games in different ways. To lose the way we did today is difficult to explain. If you saw the game, you’d say Arsenal had won comfortably.’

Chelsea boss Tuchel, meanwhile, was delighted to see his side reach another FA Cup final just days after their Champions League exit at the hands of Real Madrid.

‘It was not easy because we played three games in three different competitions,’ the German said.

‘It is not always easy, very challenging physically, we are the team with the most minutes in Europe I think, it is also challenging mentally.

‘I thought the performance was very controlled and very serious, we took care of their counterattacks. It was hard, the opponent changed system twice, you cannot lose focus for a minute.’