Mason Mount’s fine strike for Chelsea in their European clash with Real Madrid on Tuesday has set a historic achievement.

The Blues midfielder’s ‘wonderful’ goal in their quarter-final second leg saw him become only the third Englishman in history to score a Champions League goal at the Spanish giants’ Bernabeu stadium. 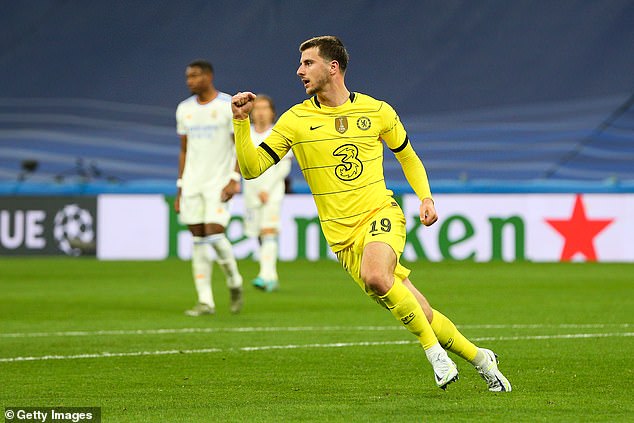 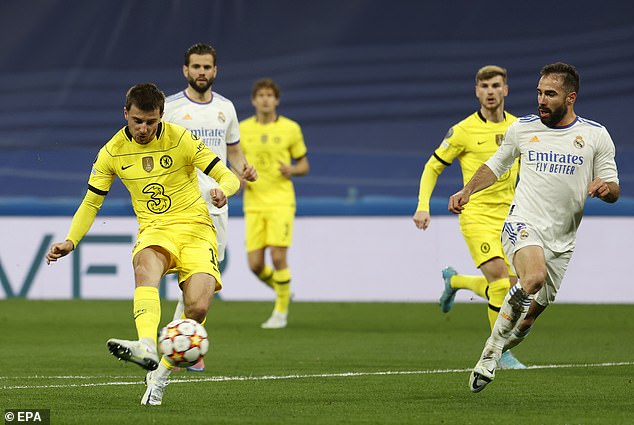 Mount joined that illustrious list with a superb curling effort to help Thomas Tuchel’s men pull a goal back against Los Blancos, having been 3-1 down from the first leg at Stamford Bridge last week.

The goal also sees Mount become just the second Englishman to have provided 20 assists or more and 20 goals or more for a Premier League side in all competitions since the start of last season.

The 23-year-old, currently at 20 goals and 21 assists since the beginning of the previous campaign, joins Tottenham striker and England captain Harry Kane in setting that impressive milestone. 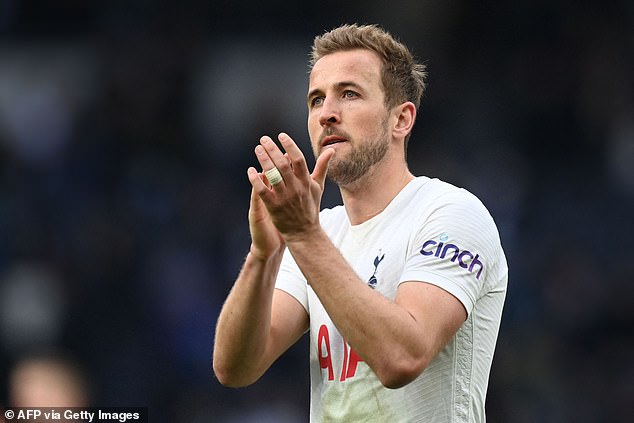 Mount’s goal sees him become the second Englishman to provide 20+ assists and 20+ goals for a Premier League side in all competitions since the start of last season, along with Harry Kane

‘It was a wonderful goal and they thoroughly deserved it’.

Former Chelsea midfielder Joe Cole added: ‘Mason Mount, that man there who takes the goal, he takes it so well. It sits up, so he has to really concentrate on getting the whip. But as soon as it left his foot, (Real Madrid goalkeeper Thibaut) Courtois had no chance. It was a great bit of play from Chelsea.’