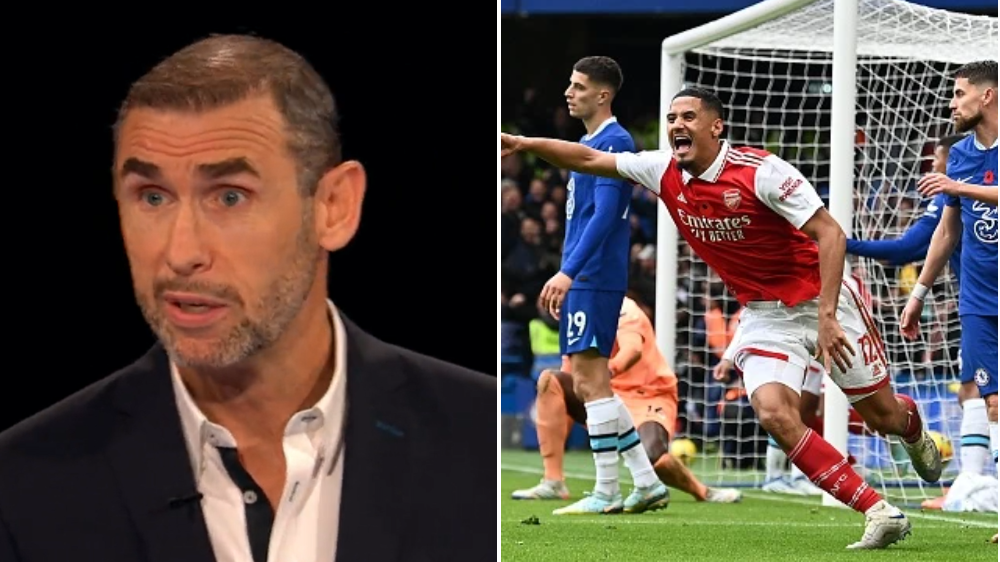 Martin Keown and Scott Parker believe Kai Havertz was to blame for Arsenal’s winner in their victory over Chelsea.

Graham Potter’s side failed to deal with Bukayo Saka’s innocuous corner to allow Gabriel to poke home a second-half winner at Stamford Bridge.

Havertz was guarding the near-post as the corner came in but failed to clear the ball before it also went past Thiago Silva and Edouard Mendy to be met by Gabriel.

While Arsenal’s win sees them return to the top of the Premier League table, Chelsea have now taken just two points from their last four games.

‘Arsenal are certainly good at scoring set-piece goals and that’s something we prepped for [before the 2-1 defeat at the Emirates in August].

‘I don’t know why Havertz has gone so far forward before the corner. If he goes deeper he can come on to it, instead he start high and then starts running back and then he’s got a lot to deal with.’

Arsenal legend Keown added: ‘Kai Havertz has got to do better there. He swings a lazy leg at that.’