Marcus Rashford rocked up for training at Carrington in a brand new £280,000 McLaren 765 Long Tail sports car after continuing his red-hot streak with another goal against Bournemouth on Tuesday night.

The 25-year-old is thriving under Erik ten Hag and is the club’s top goalscorer this season, having found the net 12 times, five more than he amassed in the whole of the last campaign.

The England forward added to his tally on New Year’s Eve with the winner against Wolves and on Tuesday night in a 3-0 win against the Cherries – after Casemiro and Shaw also netted at Old Trafford. 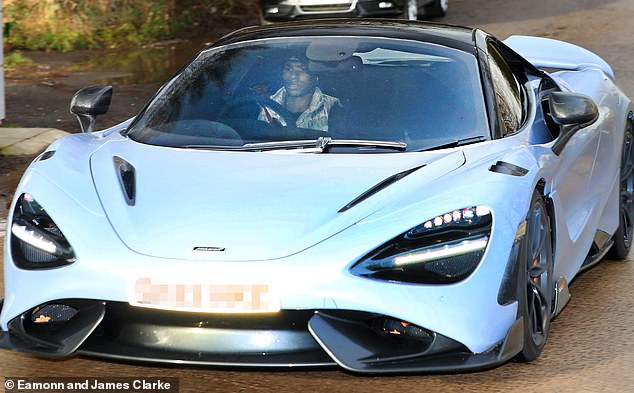 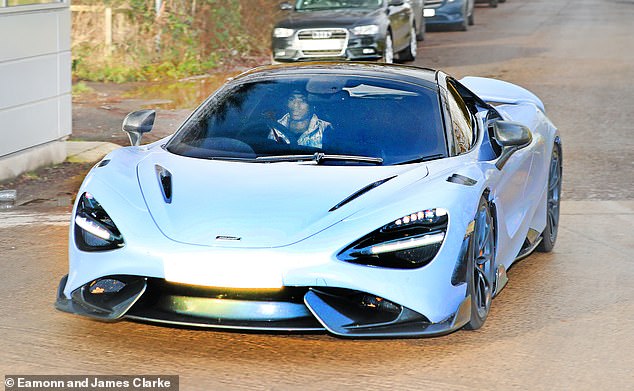 And he arrived for training on Wednesday morning in style in his new white 4-litre McLaren sports car, which is just one of just 765 built.

Although Rashford is enjoying a stellar spell, he needed to come off the bench at Molineux after being dropped by Ten Hag over disciplinary problems.

Rashford reacted well, firing past Jose Sa after coming on at half-time to steal all three points at Wolves and send United into 2023 in the top-four. 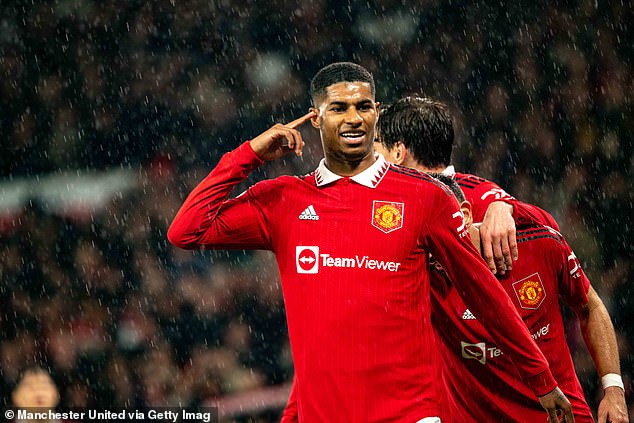 After the game, the striker admitted that he had been late to a team meeting because he had overslept.

Along with the McLaren – which has a top speed of 205mph – the striker has also forked out on a £390,000 Black Badge Cullinan Rolls Royce.

The new luxury cars were delivered last week to Rashford’s home in Wilmslow, Cheshire, according to The Sun.

The United star has been receiving widespread praise for his fine form, no more so than from fellow in-form team-mate Casemiro.

The Brazilian has been thoroughly impressed by Rashford in the past few months, as he told ESPN: ‘I’m gonna be very honest with you; I was really surprised with the player Rashford is. 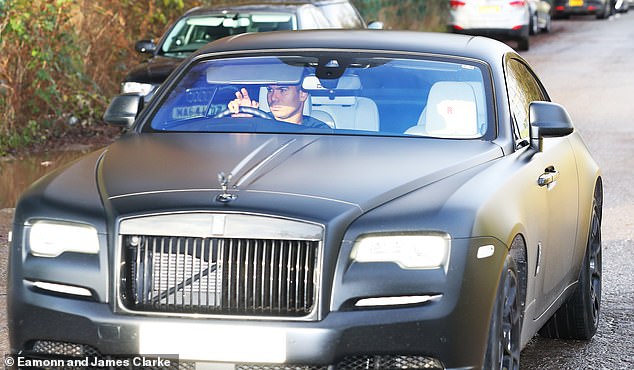 ‘He was one of the players that really surprised me. Of course, when you play in a different league you already know the player, but when you’re in the same club every day.’

‘What a spectacular player. I’m enjoying so much playing with him. He gives us a lot of energy. I’m delighted to play with him.

‘And I’m sure if he stays like this, with the conditions he has, he can easily be a top-five player because he’s exceptional.’

Rashford will hope to continue his streak this month as Man United face a testing run, coming up against Manchester City and Arsenal in their next two Premier League matches.