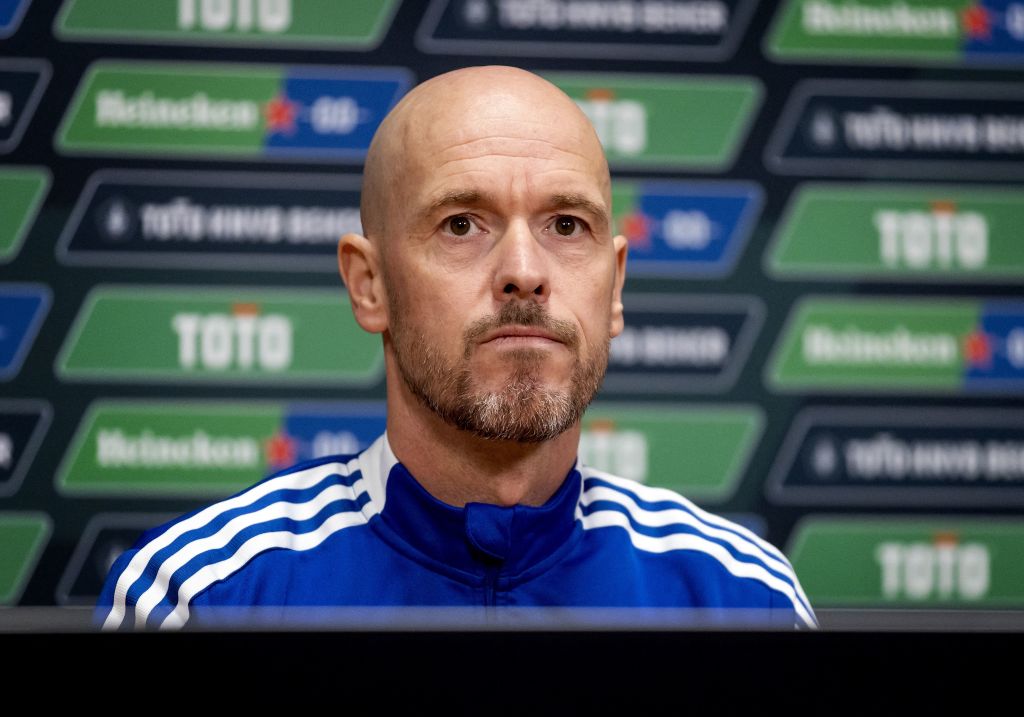 United were pummelled 4-0 at Anfield on Tuesday night, handing their arch-rivals a significant boost in their Premier League title charge and denting their own top four hopes in the process.

United have conceded nine goals without reply to Jurgen Klopp’s side this season with the gulf between the two clubs larger than ever as United head towards another big summer of change.

But van Basten has warned his countryman he has a colossal job on his hands, tearing into United for ‘not thinking about situations’ and naming skipper Harry Maguire as one of the worst offenders.

‘The difference between Liverpool and Manchester United at the moment is huge, they walked around like beaten people,’ van Basten told Ziggo Sport.

‘They are one of the biggest clubs in England but not one of them showed anything.

‘Maguire passes the ball in the same way and thinks, ‘I don’t know, are you doing it?’

‘They are not thinking about solutions, it’s unbelievable.’

While ten Hag has verbally agreed to join United, van Basten questioned whether the manager will now have doubts over the job at hand.

‘This was really sad to see, at such a big club.’