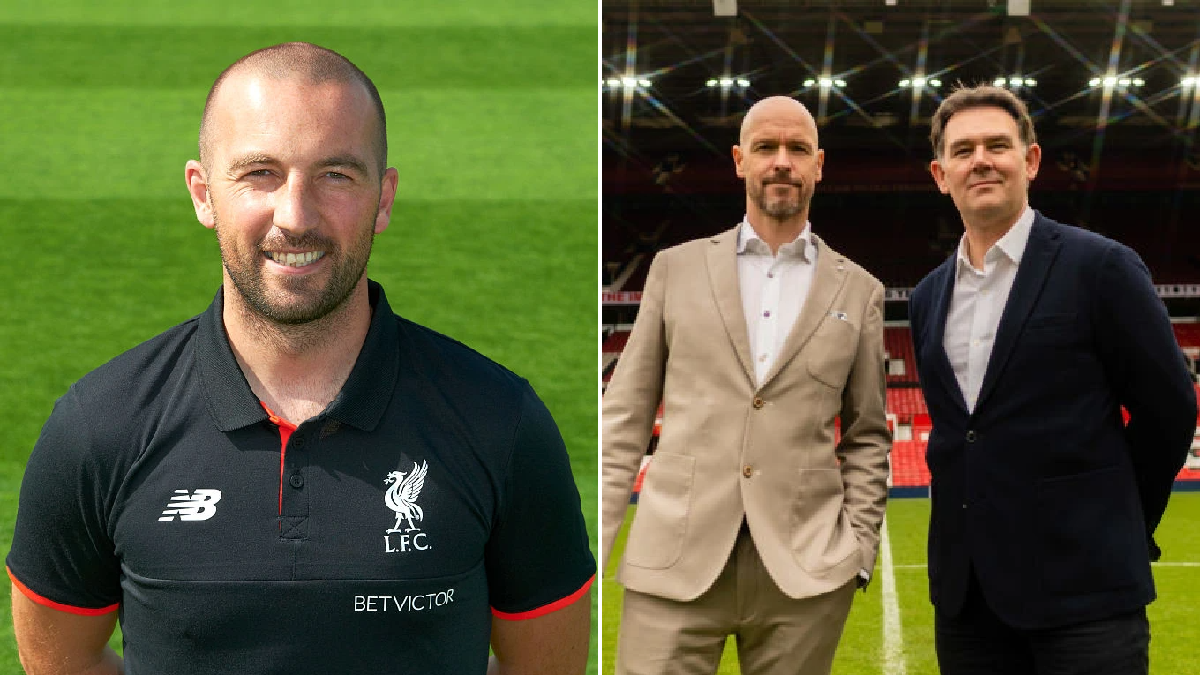 O’Boyle has served as the Head of Elite Performance at the Premier League for the last five years, having previously worked as a fitness coach under Jurgen Klopp at Liverpool.

United have been restructuring at board level in the last 18 months, with Richard Arnold replacing Ed Woodward as the club’s new chief executive and John Murtough assuming responsibility for the football side alongside Darren Fletcher.

O’Boyle has a range of experience across all areas of football and he will look to address matters on and off the field, with recruitment high on his list of priorities.

The Red Devils have squandered more than £1.3bn in the last nine years and won just three trophies in that time.

O’Boyle’s appointment is set to free-up around two-thirds of Murtough’s time to work on other areas of the club and he insists he’s delighted to welcome the former Liverpool coach on board.

‘We are delighted to welcome Andy back to Manchester United to take up this important role in the club’s leadership,’ said Murtough.

‘Andy has experience across all technical areas of football, from fitness and sports science to scouting and recruitment.

‘This will make him a valuable addition to my team at Carrington as we continue to strengthen leadership and strategic planning across all our football activities.’

With Ralf Rangnick no longer taking up a consultancy role, O’Boyle will be expected to work alongside Erik ten Hag on the recruitment side of things.

And he says he’s thrilled to be joining the club at such an important time.

‘I am thrilled to be rejoining Manchester United at such an exciting time for the club, as the first team prepares for a fresh start under Erik ten Hag, and the Academy and women’s teams go from strength to strength,’ said O’Boyle.

‘Whilst it has been a privilege to serve the Premier League for the past five years, I can’t wait to get started at United and play my part in creating the right environment for football success.’

O’Boyle, a lifelong United fan, was at the club’s centre of excellence as a youngster before switching his focus to sports science and coaching.

United say he ‘has been responsible for advising clubs on talent identification and recruitment, performance analysis, sports science and medicine, psychology, and loan management’ during his career and will perform a similar role at Old Trafford.