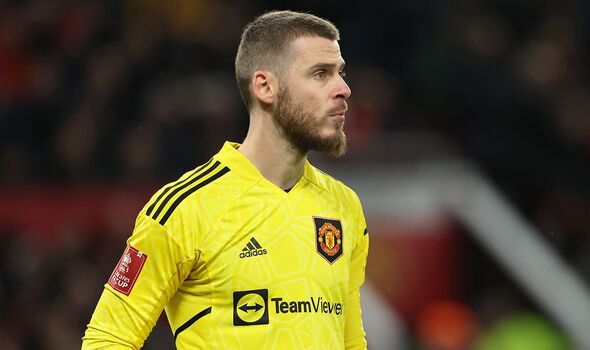 Manchester United should raid Chelsea for Edouard Mendy as a replacement for David de Gea, claims ex-Red Devils striker Louis Saha. De Gea is out of contract at the end of the season and Erik ten Hag could be left searching for a new No 1.

Ten Hag made clear who his first-choice keeper was when he took over at Old Trafford. The Dutchman allowed Dean Henderson to join Nottingham Forest on loan, leaving De Gea as his main stopper.

However, United have decided against triggering the one-year contract extension in the Spaniard’s contract. The Old Trafford club want De Gea to accept a reduced salary in order for him to stay beyond this season.

But Saha reckons it is time De Gea is replaced. He believes Chelsea’s Mendy would be the right candidate to replace him after falling out of favour at Stamford Bridge.

Saha told BoyleSports: “Man United should take a punt on Edouard Mendy if De Gea leaves. De Gea is still right at the top level, but of course making mistakes like he did against Everton is never good.

“Over the years, De Gea has done tremendous performances to save the team and he deserves the time and credit for that. If De Gea doesn’t sign a new contract then a move for Chelsea goalkeeper Edouard Mendy would make perfect sense.

“He has been one of the best goalkeepers in the world the last few years and I’m not sure what happened.” Mendy joined Chelsea from French side Rennes ahead of the 2020/21 season.

He quickly cemented himself as the club’s No 1 and helped them win the Champions League in his first campaign. However, his form suffered a dip at the beginning of this season and Kepa Arrizabalaga has enjoyed a return to the team.

Mendy is currently out injured after suffering a fractured finger in training last week. Meanwhile, De Gea came under criticism for his role in Everton’s goal in the FA Cup third-round clash last Friday.

“It’s almost like a ‘keeper has been sent off and an outfield player has gone in goal and he doesn’t know what to do. It’s a horrendous mistake.”