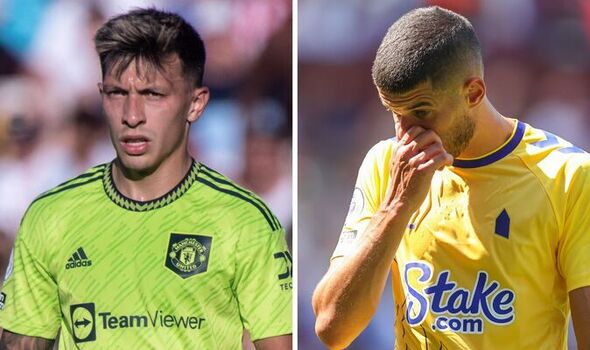 Paul Merson is adamant Manchester United should have ignored Conor Coady’s Liverpool connections like Everton and signed the England international defender. The straight-talking pundit has questioned the ‘lazy’ £57million acquisition of Lisandro Martinez after the Argentine was bullied in the 4-0 defeat to Brentford – claiming the Premier League is a whole different ball game to the Eredivisie.

It’s been a baptism of fire so far for the former Ajax central defender with Erik ten Hag expected to wield the axe on current centre-back partner and captain Harry Maguire for the visit of Liverpool.

Merson wrote in his Daily Star Column: “I do believe Ten Hag should have made more signings by now but I thought the signing of Lisandro Martinez was lazy, he doesn’t know the league and you’re buying a 5ft 9in centre-half.

“You can’t get away from the fact Dutch football is a completely different world to the Premier League.

“We’ve seen Sebastien Haller go over to the Eredivisie and rip it up. We’ve seen a run-of-the-mill Dusan Tadic – a half-decent player but nobody really wanted him – go to Holland and become the best player in the country. 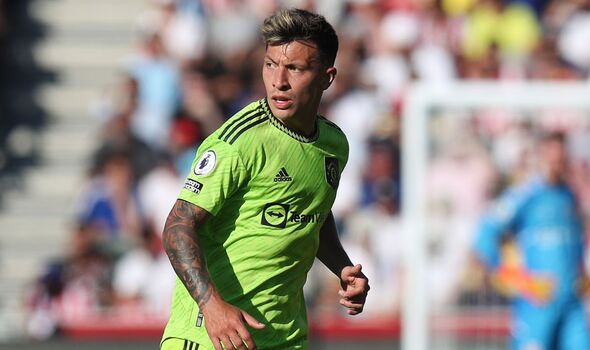 “It tells you what the league is. It’s lazy recruitment, really. These players are getting paid top, top dollar. They are supposed to be elite and the people upstairs are also getting paid fortunes to find these players.”

Merson believes United missed a trick with Coady, who recently left Wolves to return to Merseyside with Everton in an initial loan deal.

He believes United should have been all over the move as it would have provided them with a chance to switch to three at the back.

“I think they should have gone and got Conor Coady – they need to play three at the back, he’s got to change it up,” Merson added.

“There is a saying in life, keep on doing the same things and you’ll get the same results.

“That’s what United are doing at the moment. They drop Harry Maguire, play Raphael Varane, then he gets dropped for Victor Lindelof and they still keep getting smashed.

“Coady is an international player that can play in the middle of the three. He’s a talker, that’s why he’s in the England squad because he’s an organiser in the dressing room and he’s not scared.

“People will say ‘ah but he played for Liverpool’ – so what? Get over it. He will give 100 per cent to win football matches while improving those around him.

“At the moment they are all only looking after themselves at Old Trafford.” 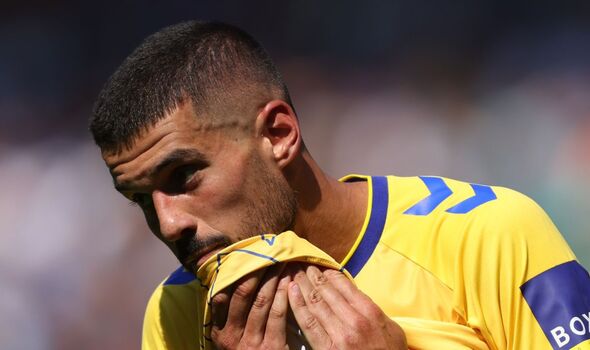 Merson states that he called Maguire’s struggles before they happened when the centre-back sealed his world-record £80m move to Old Trafford in 2019.

He said: “Man United bought Harry Maguire for £80million and I said it three years ago what would happen.

“Leicester defended their box, there was no space behind and he could head the ball clear. Now he’s on the halfway line being spun.

“Aaron Wan-Bissaka, I also said to a tee. He’s a good defender, he would be unbelievable in a relegation team because the kid can defend.

“But you’re a Man United player and you’ve got to be able to play with your feet further up the pitch.

“If I’m seeing this, who is doing the job? This is the problem, the managers all go but all the people that bring in these players get to stay.”