Ten Hag: Martial can shine for Man Utd if he has the right focus

Manchester United star Anthony Martial could still leave the club this summer despite Erik ten Hag’s desire for him to remain at Old Trafford. Juventus are reportedly targeting the striker if they fail to land Alvaro Morata, handing the Frenchman a decision to make over his future.

The Italian giants are keen to land Morata, who spent last season on loan in Turin, on a permanent deal from Atletico Madrid. But the deal has been complicated by the La Liga side’s demands, with Juventus ready to pull the plug on their bid for the Spain international and concentrate on other targets.

Max Allegri needs to sign a striker to compete with Dusan Vlahovic up front as Moise Kean is unlikely to stay beyond his current loan spell. And according to Corriere della Sera, the Bianconeri see Martial as the perfect fit if they cannot land Morata this summer. 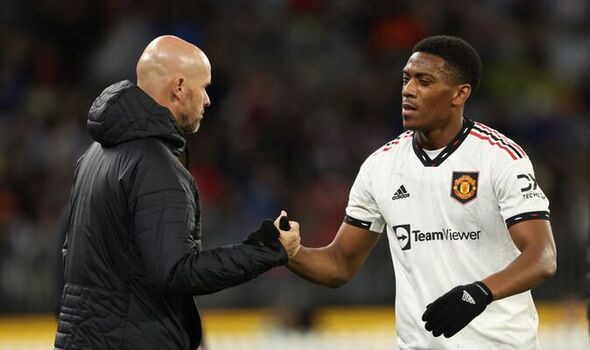 Martial has been at United since 2015 after a £36million move from AS Monaco. But the forward has struggled to consistently find his top level for the Red Devils.

Martial had fallen down the pecking order under Ole Gunnar Solskajer and asked to leave in January when Ralf Rangnick failed to give him a proper chance in the first team. And he seemed to be on the verge of a departure this summer after a dismal loan spell at Sevilla, where he scored just once.

However, the striker has found a new lease of life since returning to play under head coach Erik ten Hag and could now prolong his United career. Martial has been in impressive form playing as a No.9, scoring in all three of United’s pre-season victories against Liverpool, Melbourne Victory and Crystal Palace. 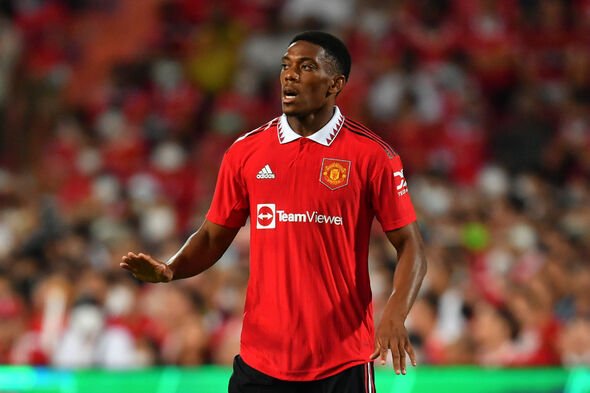 Reports even suggested his impact convinced the Dutch coach to step in and ‘put a block’ on any potential move that may have been on the cards, which would suggest he sees a role for Martial in his plans this season.

His recent revival in pre-season has also provided a boost for Ten Hag in handling the ongoing uncertainty regarding Cristiano Ronaldo’s future.

The Portuguese superstar has been absent for United’s pre-season tour due to a personal issue and there is no timeframe on when the 37-year-old may return to training. In the background, his agent Jorge Mendes has thus far failed to arrange a deal for the veteran striker to leave United

And Martial, who has two years left on his deal with an option of a further year, now looks likely to start the opening game of the season against Brentford. However, he may be tempted by the advances of Juventus should the Old Lady follow up their reported interest with a concrete bid.