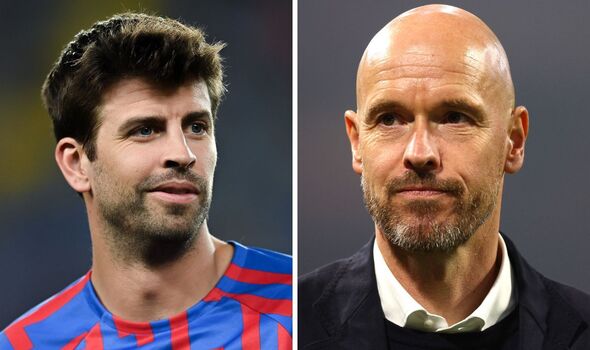 Manchester United boss Erik ten Hag is facing a difficult transfer decision this month with Facundo Pellistri reportedly ‘unhappy’ at a lack of football this season and clubs circling for his signature. The talented winger finally made his long-awaited debut in the Carabao Cup win over Charlton this week, but he only featured as a late substitute.

United signed Pellistri for just £9million back in 2020 and there’s been a clamour from supporters to see the youngster in action more. Those calls grew louder over the winter when Pellistri impressed for Uruguay at the World Cup despite not playing a single minute for United before that.

But Pellistri has had to make do with being an unused substitute at United for most of the season. Now Sky Sports are reporting that Pellistri is ‘unhappy’ with his current situation at United and he isn’t short of potential suitors.

Ten Hag has made it clear that he does value Pellistri and believes he has a good future at Old Trafford. But United were in a similar position back in 2008 with Gerard Pique growing frustrated at a lack of football before he secured a bargain move to Barcelona.

The Spaniard went on to win every trophy available to him during his historic stint at the Nou Camp. United had Nemanja Vidic and Rio Ferdinand as the first-choice pairing at the time and they would go on to help win the club three more league titles along with a host of other trophies before they both left in 2014.

But the Red Devils struggled to replace the defensive duo in the ensuing years while Pique went on to solidify his position as one of the best centre-backs in world football at Barcelona. United have learnt from that lesson in recent years as they’ve primarily kept their impressive young stars at the club and made them regular first-team players or cashed in when it became clear they weren’t up to the standard.

However, Ten Hag is now facing a tipping point on Pellistri’s future at Old Trafford. The Uruguayan is attracting plenty of interest in the January transfer window and a loan move may be best for both parties.

But Pellistri has already proven on the world stage what a talent he can be and United fans are clamouring for the youngster to be involved even more going forward. United aren’t short of options out wide at the moment, particularly with Marcus Rashford in scintillating form.

Antony, Alejandro Garnacho and Anthony Elanga are also talented options for Ten Hag while Jadon Sancho is set to be reintegrated into the team soon. Pellistri still has plenty to prove to suggest that he can have even half the career Pique enjoyed at Barcelona.

But United will certainly be cautious to avoid a similar situation arising with Pellistri if they decide to cash in.