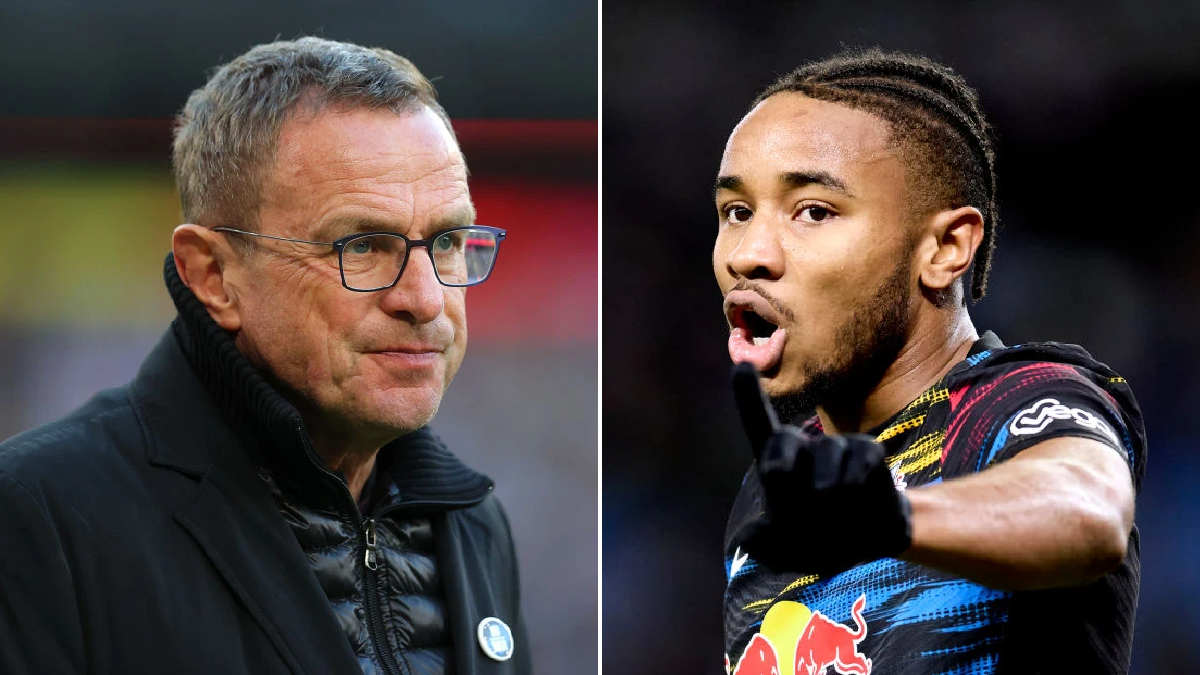 Ralf Rangnick was left gobsmacked by Manchester United’s recruitment team after learning they had not been compiling any reports on RB Leipzig’s Christopher Nkunku, according to reports.

The German coach, who has predominantly been a sporting director over the past decade, arrived at Old Trafford at the end of November looking to steady the ship following Ole Gunnar Solskjaer’s dismissal.

As part of his agreement with the club, Rangnick will take up a consultancy role until 2024 once his time as interim boss finishes at the end of the season.

He has been keen to understand how United currently operate behind-the-scenes and, according to ESPN’s Mark Ogden, was left stunned early on in his tenure by the recruitment team when he asked for their thoughts on Nkunku.

The Frenchman – who was brought to Leipzig when Rangnick was still involved with the club – has been in sensational form this season and is regarded as one of the most promising young players in Europe.

Yet when Rangnick asked about the former PSG starlet and what sort of reports they had compiled on him, United’s recruitment team had no information and simply said that he ‘was not on their list’.

Rangnick was aghast, believing that a club of United’s stature should have comprehensive reports on the best young player in the Bundesliga – and someone who was on the verge of being called up to the France national team – regardless of whether he was a top target or not.

The German felt every top club should be looking at Nkunku – even if the Red Devils already have a similar player in the shape of Bruno Fernandes – but he simply was not on United’s radar at all, creating something of a red flag.

Nkunku made his debut for France last month off the back of netting 17 goals and laying on 12 assists in just 29 Bundesliga appearances this season, all from midfield, while he also netted seven times in six Champions League outings.

The Frenchman is out of contract in 2024 and has a release clause of around £62million, with a host of top clubs looking at him.

Rangnick, meanwhile, is set to be succeeded by Ajax boss Erik ten Hag, though the Dutchman is believed to want some assurances over player recruitment – a concern which will only be solidified by the manner in which United overlooked Nkunku.