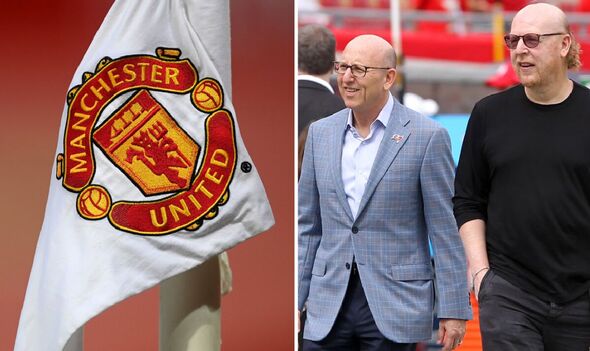 Manchester United could rebuild Old Trafford at £1billion or build a brand new stadium on nearby land at a cost of £2billion, according to new reports. The Red Devils have been presented with several options for their future as with one of them the demolition of their famous stadium.

The Daily Mail say consultants Legends International and Populous presented the club with plans late in 2022 which included both a refurbishment of Old Trafford and, alternatively, a brand new arena. United have played all their home matches at their current home since 1910.

The stadium would likely be constructed on the area of land around the Theatre of the Dreams, which is owned by the club. But the decision as to whether to redevelop their current infrastructure, like Liverpool have at Anfield or build an entirely brand new one like Tottenham, is on hold.

That’s because the Glazers are looking to sell the club and any new owners will be given the power over what they want to do. Interested parties looking to take over from the Americans will be given a look at the different prospective plans for Old Trafford.

A new stadium could cost £2bn, with Spurs’ Tottenham Hotspur Stadium – which they moved into in 2019 – having cost around £1bn, though that was before Covid inflated costs. By contrast, upgrading the current stadium would still cost around £1bn, the Mail’s report claims.

Building a brand new state-of-the-art home would allow United to play at Old Trafford during the construction but there might be complications if they opt to remain at the current 74,000-seater and redevelop that instead.

Any new arena would have drastically improved, and increased, corporate hospitality sections and therefore improve the money United could generate each match-day. United’s current match-day revenue is already the highest in the Premier League.

The Athletic meanwhile reported recently, via David Ornstein, that United could be sold for between £6bn and £7bn. Ornstein also told NBC Sports: “The Raine Bank who are in charge of this process they are aiming for a complete sale of Manchester United in the first quarter of 2023.

“Therefore the Glazer family are not going to sanction a massive outlay of cash on deals at this time of the year. You will need to watch this space on a takeover because it could be coming very soon and it will be a seismic moment in the history of Manchester United because so many supporters have wanted a change in the hierarchy.

“They have had so many changes off the pitch but now it could go to the very top and if Raine Bank who are leading this process get their way, it is going to be a fascinating few months ahead to see who takes charge and leads them into the future.”