Manchester United might have an ideal replacement for Cristiano Ronaldo with the Portuguese striker still eager to leave Old Trafford this summer. United are reluctant to lose the 37-year-old after he scored 24 goals last season, but he wants to play Champions League football again.

There are few options available for Ronaldo but he and agent Jorge Mendes continue to push for an exit. United’s stance remains firm: he’s not leaving. But perhaps that stance could soften if they source a replacement.

In their former attacker, Memphis Depay, they might have the ideal option. Barcelona are negotiating with the Dutchman to get him out of his contract because no club are likely to pay their £17m price tag for the player. That’s despite Transfermarkt valuing him at £31.5m. Barca can’t afford to have him sat on the sidelines doing nothing if they can’t find a buyer.

Depay wants a top club to leave Barca and that means the Catalan giants may have to come to an agreement where they rip up the final 12 months of his contract. Barca need to reduce their massive wage bill and the 28-year-old has Robert Lewandowski, Raphinha, Ansu Fati, Pierre-Emerick Aubameyang, Ferran Torres and Ousmane Dembele ahead of him.

MUST READ: Arsenal told to sell five players this month including William Saliba 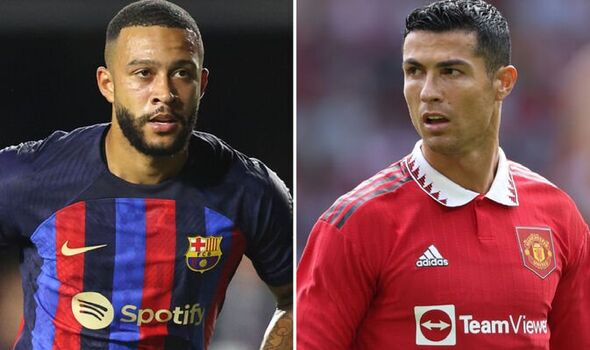 That makes him a prime candidate to go even though he is not on the biggest of salaries after a 30 per cent cut. And that Barca want to offload Depay is not really a fair reflection of his talents. His return at Barca reads 13 goals and two assists in 37 appearances.

But that is from only 2,476 minutes – the equivalent of 27.5 full matches – which translates to a direct goal contribution every two games. On top of that, Depay has a tremendous record of 21 goals and 10 assists in his last 21 Netherlands appearances since the start of 2021.

That adds to his brilliant record of 130 goal contributions 178 matches for Lyon in Ligue 1 before he headed to Spain last summer on a free. Since leaving United in 2017, having endured a difficult spell at Old Trafford, Depay has improved into a more well-rounded player with a penchant for impacting matches. 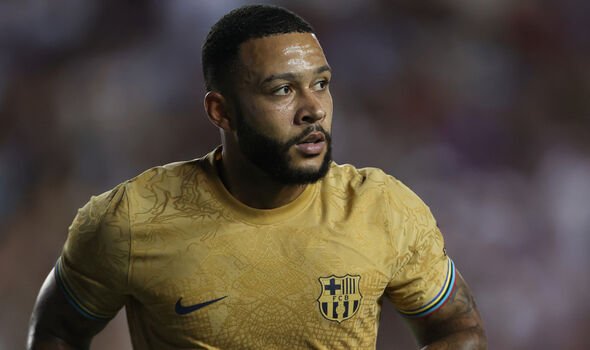 Furthermore, he is mobile enough to suit Erik ten Hag’s style of play better than Ronaldo. Depay can also play across the front three, meaning he could rival not just Anthony Martial as the team’s centre-forward but Jadon Sancho and Marcus Rashford for starting spots on the right and left wings.

Such versatility means his quest for regular minutes could quite easily be met, especially given the Premier League now allows five substitutions per match. Available on a free and only ready to consider big clubs, Depay returning to United to prove himself after his failed stint earlier in his career could be the perfect recipe.

There may be initial doubts given Barca want him out but that would only serve to fuel the forward’s hunger to shut up the naysayers. Depay joining might allow the wantaway Ronaldo to leave – and signing him even if Ronaldo stays could still make sense – while introducing an attacker with a good history of regular goalscoring contributions who is better equipped to satisfy Ten Hag’s demands.