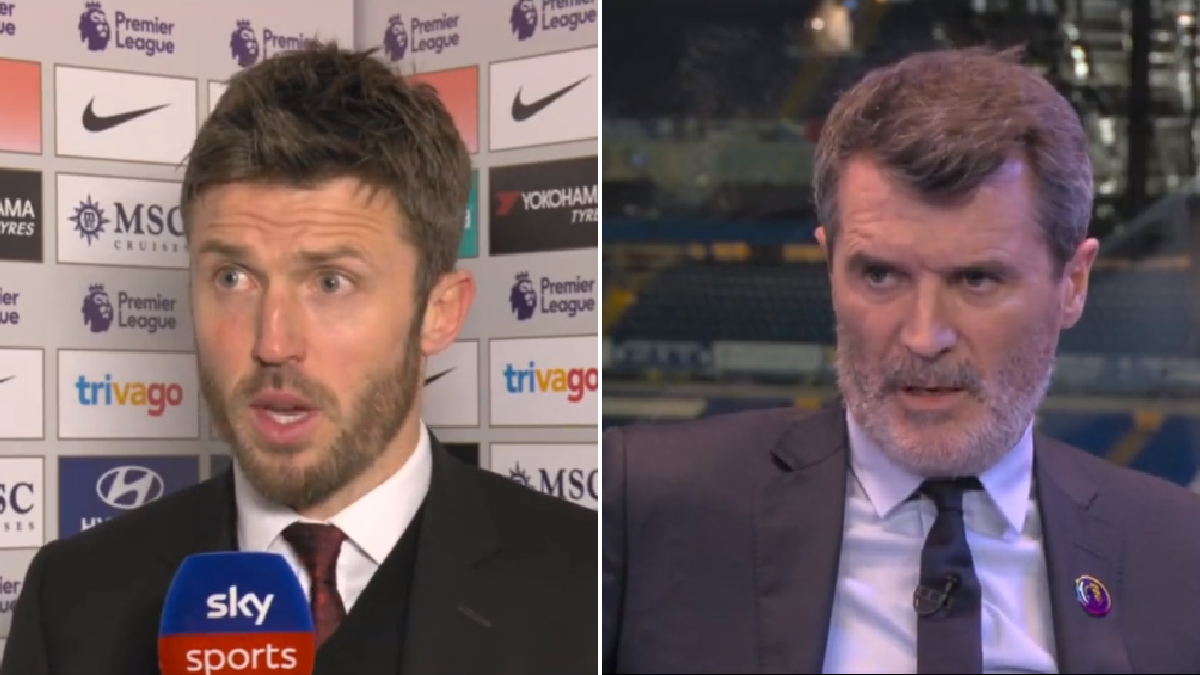 Roy Keane disagreed with ‘everything’ interim manager Michael Carrick said after Manchester United’s draw with Chelsea in the Premier League.

Following United’s 1-1 draw at Stamford Bridge, Carrick said: ‘I’m disappointed actually. When you are in front in a game like this to have it taken away is disappointing.

‘I’m proud of the players and the group all week. An a difficult situation we tried to make the best of it. But there is that little bitter feeling. We came to win the game. A little disappointed, I can’t lie.

‘I don’t think it was a penalty at all. They have had a lot of shots David had two saves which we knew before the game he would have to make one or two. Other than that I have felt quite comfortable in the game.

‘Of course we want to be better. I am not getting carried away but I thought we defended well. I cannot fault the boys one bit.

‘To come away disappointed and to feel like you have left something out there is a positive.’

‘Why aren’t they making an effort in the other games? He’s praising players for doing their jobs. It’s ridiculous.’