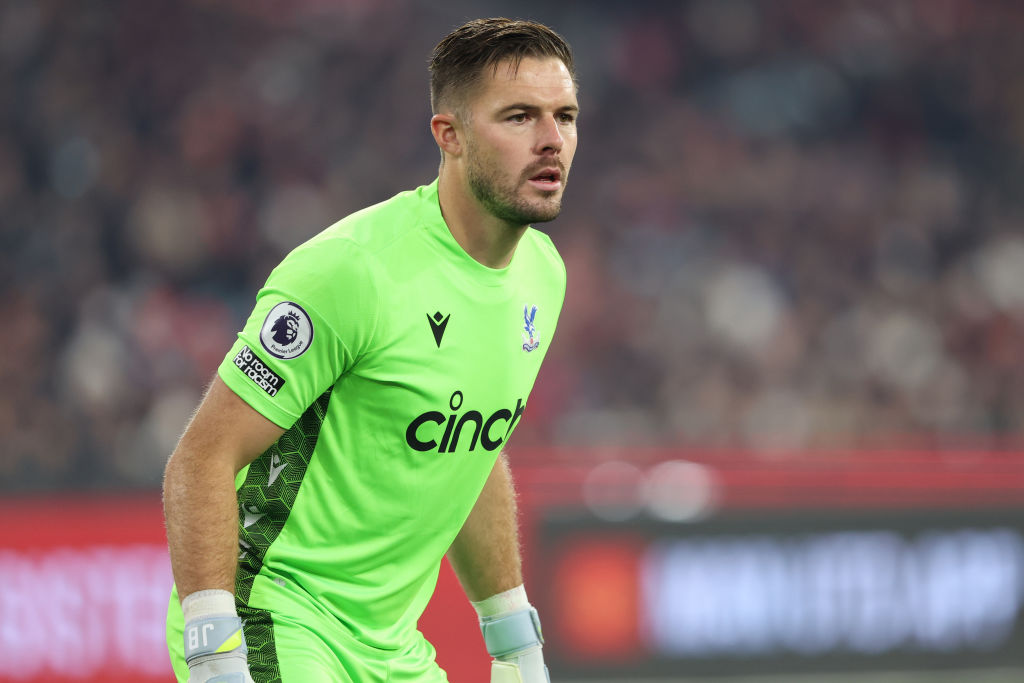 Manchester United are in talks with Crystal Palace to sign goalkeeper Jack Butland on loan for the rest of the season.

Erik ten Hag is eager to bring in a no2 to provide cover for David de Gea after Martin Dubravka was recalled by Newcastle United last week, ending his loan spell at Old Trafford.

According to The Daily Telegraph, United have now set their sights on former England international Butland.

The 29-year-old joined Palace from relegated Stoke City in 2020 but has remained behind Vincente Guaita in the pecking order in south east London, slipping further down following the arrival of Sam Johnstone last summer.

Butland’s contact at Selhurst Park expires at the end of the season, leaving him free to discuss a pre-contract. But United are in talks to bring him to Manchester immediately.

United have Everton and Charlton in FA Cup and Carabao Cup action over the next week, situations where ten Hag would usually consider turning to his no2.

Dubravka made just two appearances at United, featuring in the Carabao Cup wins over Aston Villa and Burnley – turning in an extremely shaky performance against the Clarets.

Veteran Tom Heaton was de Gea’s understudy for the 3-0 win over Bournemouth on Tuesday night and while ten Hag sees him as a valued member of the dressing room still wants to bring in another no2 option.

United are also hoping to sign another forward option during the January window.

The club are likely to be limited to a loan arrival with Joao Felix and Alvaro Morata linked with moves to Old Trafford, with Olivier Giroud emerging as another possible contender this week.

‘It would be good because the games coming, there are so many, every third day,’ ten Hag said of the club’s striker search last week.

‘It is tough. we want to play in all the leagues we are in so hopefully we keep going [in them] until the end of the season but to do that we need numbers in the squad to cover it all.’